Your guide to Dubrovnik’s festivals

The Old City of Dubrovnik, with its incomparable beauty and interesting history, has been a continual source of inspiration for artists for generations. Dubrovnik is a lively town year-round with plenty of festivals and cultural events attracting locals and tourists alike – from exhibitions by international and Croatian artists in galleries to the theatre, dance and musical performances in one of the city’s iconic locations. Be sure to attend one of the concerts of the Dubrovnik Symphony Orchestra or enjoy Linđo folk dance performance, performing throughout the year. 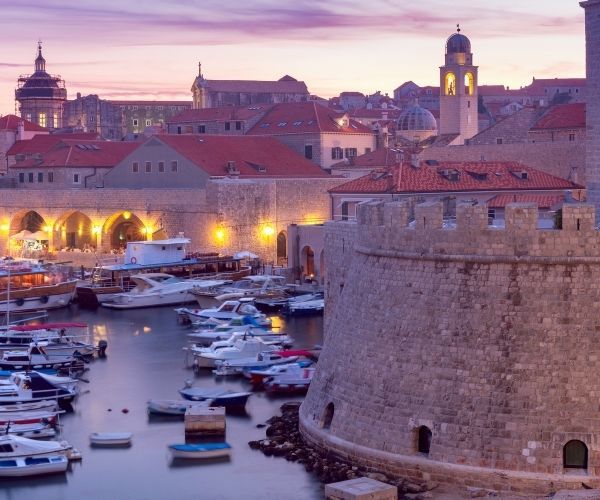 No Summer vacation to Dubrovnik is complete without attending the city’s oldest and most famous cultural event, the Dubrovnik Summer Festival. The Festival, which takes place every year from July 10 to August 25, is a mix of arts, culture, and entertainment that features globally known classics as well as emerging new performers in stunning settings. 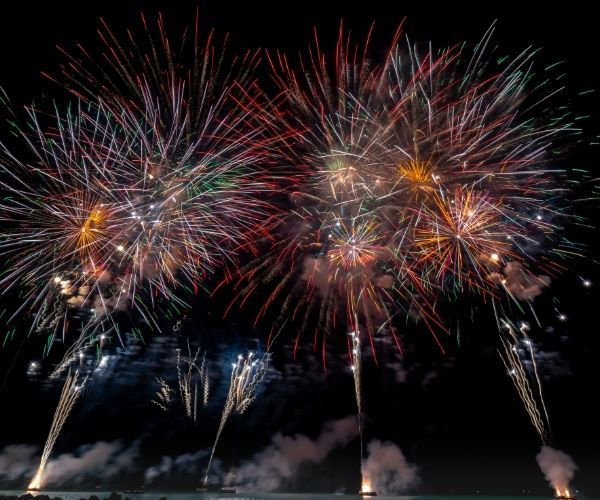 During this time, the majority of Dubrovnik’s Old Town transforms into an open stage for musical and dramatic events in palaces, ramparts, fortresses, squares, and parks, as well as on the picturesque island of Lokrum, directly opposite the Old Town.

The Festival began in 1950 with orchestra and choir performances, plays, and a poetry evening. Today, it has evolved to a large-scale festival with over 70 performances over 47 days in the Summer. Ballet, opera, folklore, and other genres thrill and entertain both inhabitants and visitors to Dubrovnik.

The Festival kicks off on July 10th with a spectacular opening ceremony in front of St. Blaise Church, featuring actors, a symphony orchestra, important diplomats, and other delegations. The event’s centrepiece is the raising of the Libertas flag to verses from Hymn of Liberty, followed by a magnificent fireworks display.

2021 marks the 72nd Festival edition where we can enjoy some classic theatrical pieces and innovative productions, despite challenging covid conditions. Alongside the Festival’s cultural programmes, the audience will have the opportunity to enjoy rich Croatian dance, music and folk heritage presented by Croatia‘s most prestigious Linđo Folklore Ensemble of Dubrovnik.

At the start of Summer, the music scene event “Ana in Town” showcases famous Croatian cellist Ana Rucner at beautiful venues across Dubrovnik. Rucner, known for her own musical style, organized this event as a present to Dubrovnik, a city that has long inspired her.

On the first day of Summer, which is also World Music Day, the festival traditionally opens with the “Welcome Summer” 5 a.m. performance hosted in the amphitheatre on top of Mount Srđ. The dawn of a new day in this amazing natural environment, accompanied by music blended with bird calls, makes this performance an extraordinary experience that no guest will forget.

Other performances take place the following two days on other attractive locations in the city, such as the atrium of the Rector’s Palace. While the first, morning, concert is complimentary and a gift to locals and visitors, tickets are available for the remaining concerts and usually, proceeds are donated to the selected charities.

Another longstanding cultural institution, Dubrovnik Symphony Orchestra, celebrated its 95th anniversary in 2020, although the tradition began in the early years of the Republic of Dubrovnik, from the mid-14th to the early 19th century. 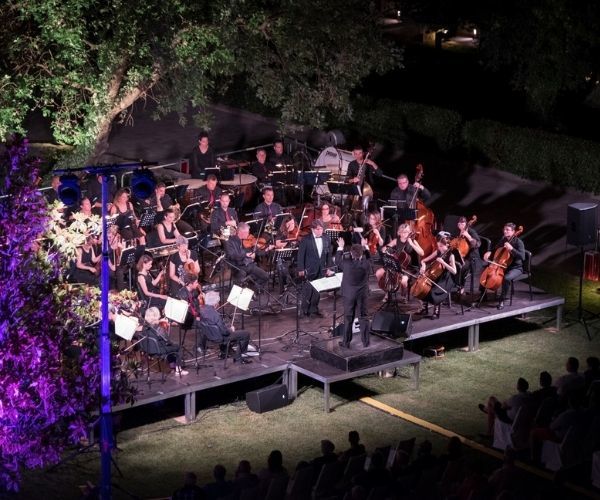 The Dubrovnik Symphony Orchestra is continuing to play an essential part of the rich and diversified cultural legacy of Dubrovnik and the Republic of Croatia in the city’s authentic locations such as the iconic Rector’s palace and the City Churches and squares. Over the years, the Dubrovnik Symphony Orchestra has performed with prominent local and international artistic artists, not only in Dubrovnik, but also on their globe tours, performing the works of masters of the baroque, classical, and romantic periods.

Few things are as associated with the Dubrovnik region as the Lino Folklore Ensemble’s traditional songs and whirling dances. The origins go all the way back to the end of the 18th century when the Linđo dance was boys’ way of impressing the ladies, a courting ritual in a time before nightclubs. The modern troupe has been founded in 1965 involving generations of young people from the Dubrovnik Region singing and dancing in national costumes. Linđo Folklore Ensemble has weekly performances in Dubrovnik Old town throughout the year but is also an inevitable part of the other cultural programmes and festivals in Croatia and beyond. 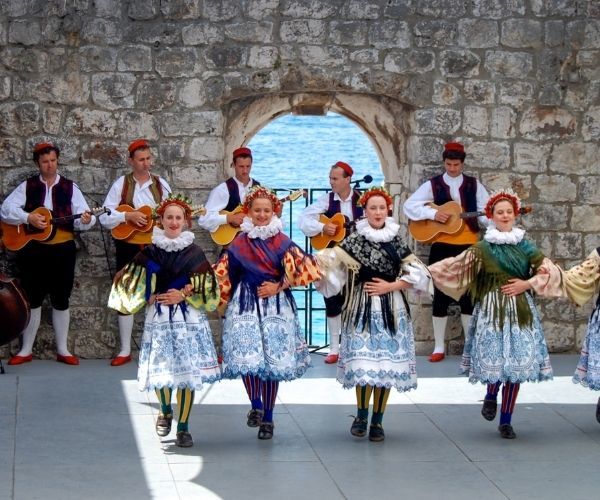 Midsummer Scene is a relatively new cultural endeavour, a collaboration between Dubrovnik City, Brilliant Events, Dubrovnik, and Honey-tongued Theatre Productions Ltd. London, aimed at the larger international audience that visits Dubrovnik every Summer. The Festival began in 2014, commemorating Shakespeare’s 450th birthday by performing one of the Bard’s most popular comedies, “A Midsummer Night’s Dream,” in the magnificent setting of Lovrjenac castle. Other Shakespeare masterpieces included in subsequent seasons were “Twelfth Night,” “Hamlet,” and “Romeo and Juliet.” After an unforeseen pause in 2020, the Midsummer Scene is set to return to Dubrovnik in August/September 2021 with a program yet to be announced. 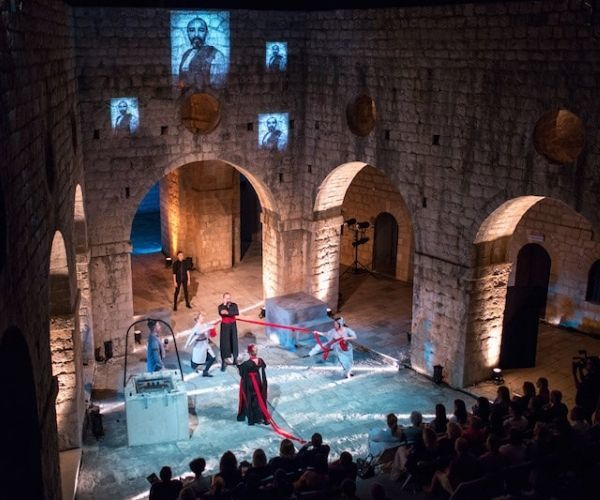 The main event that defines the fall season in Dubrovnik is the Delicious Food Festival, which provides a range of activities over four days with a focus on good food and great wines, emphasizing both Dubrovnik’s traditional cuisine and current gastronomic trends. The Good Food Festival, a gourmet feast for all food enthusiasts, is usually held in late September or early October. 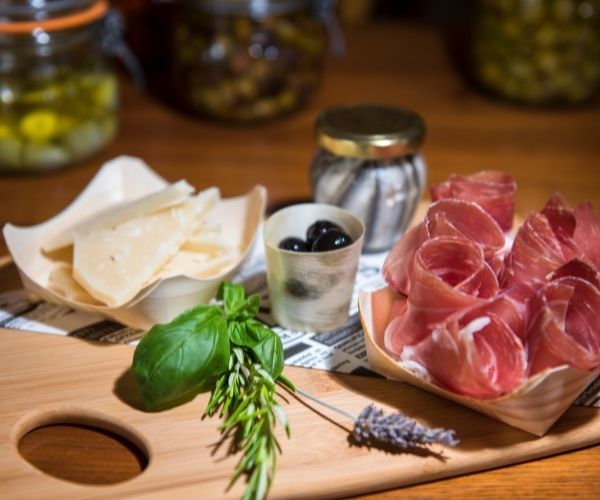 The event’s main attraction is the well-known Dubrovnik Table, which runs the length of Stradun and has numerous Dubrovnik restaurants, pastry chefs, and top cooks displaying their expertise and abilities. During Festival days, however, guests may enjoy gastronomic offerings at local restaurants at Festival pricing, participate in culinary seminars and presentations, or attend a dinner event with a famous chef, which includes an exciting music program in addition to the gourmet program.

The arrival of cooler weather brings plenty of events, including the Dubrovnik Winter Festival, which runs from December through January and features beautiful seasonal decorations and entertainment. Aside from the exciting entertainment schedule, the festival also includes a range of cultural events, such as guided city tours and performances by the Lino Folklore Ensemble, as well as art displays and kolenda – traditional Christmas carol singing. The main celebration on Silvester’s Eve is planned centrally on Stradun, whereas on the first day of the New Year, guests can enjoy the traditional classical New Year concert performed at noon by the Dubrovnik Symphony Orchestra, followed by the New Year’s ˝10k˝ race. 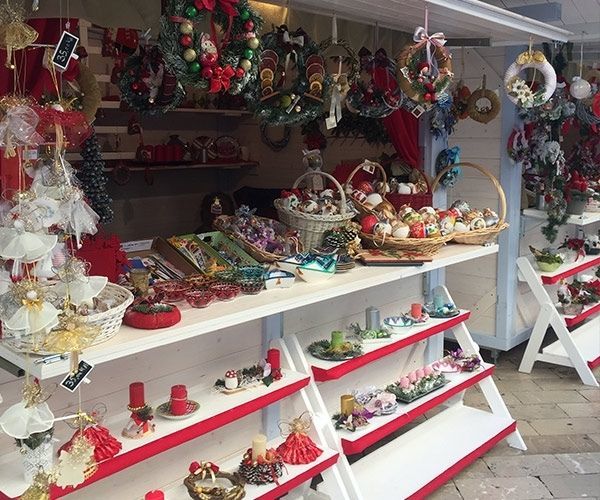 The most important event in the city’s calendar, however, is 3rd February, St Blaise Day, which has been held for over a thousand years to honour this patron saint who helped defend the city from the Venetians in 971. The celebrations continue for several days and include different activities such as magnificent processions of people dressed in traditional costumes and grličenje, an old Catholic custom of blessing the throat. 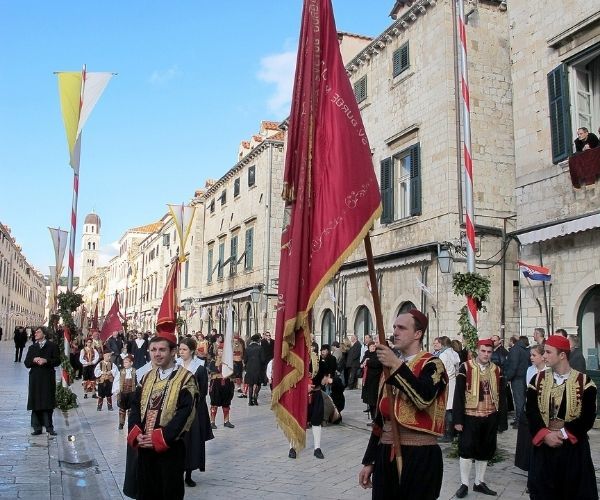 Wine and Dine at The Ritz Carlton Bacara in Santa Barbara

How To Authenticate Louis Vuitton

What Is a Senior Independent Living Community and Why Is It Ideal?