FBI Director Christopher Wray testifies on Tuesday before the Senate Judiciary Committee about the Jan. 6 insurrection at the Capitol. 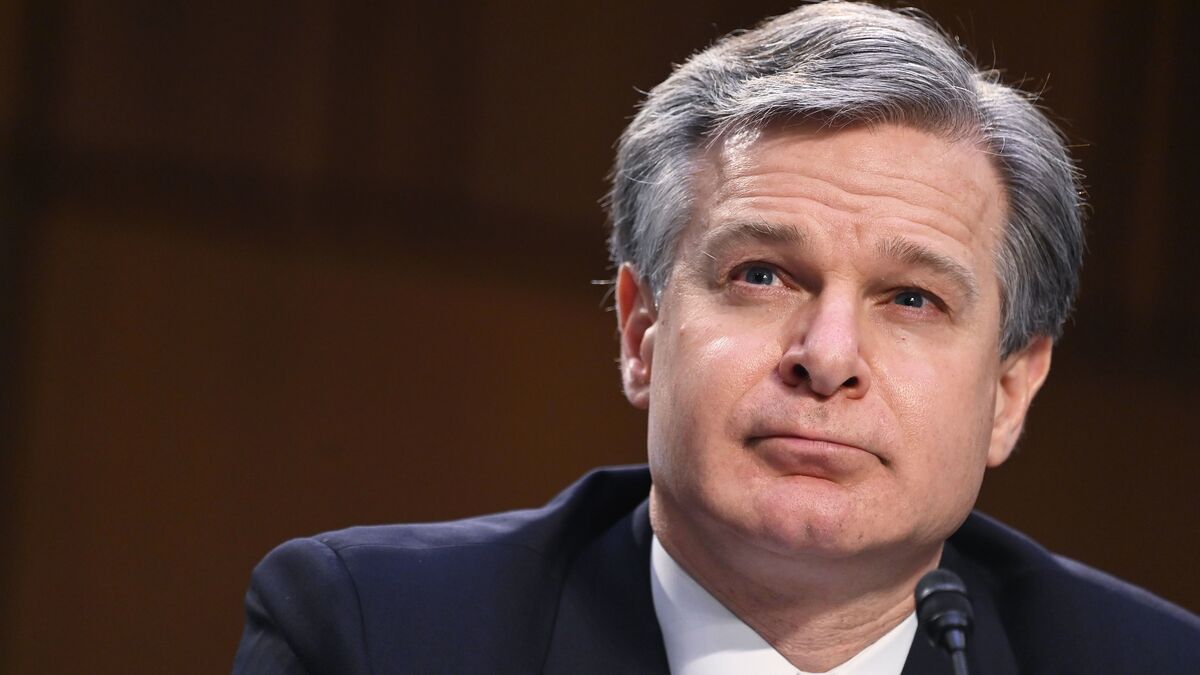 FBI Director Christopher Wray testifies on Tuesday before the Senate Judiciary Committee about the Jan. 6 insurrection at the Capitol.

Amid criticism of the FBI’s handling of its findings of planned violence on Jan. 6, FBI Director Christopher Wray defended his agency’s methods of sharing intelligence with law enforcement on the evening before the insurrection.

A situational intelligence report from the FBI’s Norfolk office conveyed specific threats made online against members of Congress, maps of the tunnel system under the Capitol complex and places to meet before traveling together to Washington. But this intelligence was raw, consisting of online information that had not yet been analyzed or corroborated.

Wray said in a Senate Judiciary Committee hearing Tuesday that the Norfolk report was communicated in less than an hour to law enforcement partners, including the U.S. Capitol Police and D.C.’s Metropolitan Police Department.

MPD Chief Robert Contee said last week that the report wasn’t communicated with any particular sense of high alert, noting that it had arrived as an email at 7 p.m. the evening before the insurrection.

“I would certainly think that something as violent as an insurrection in the Capitol would warrant a phone call or something,” Contee told a Senate panel.

But Wray said the report had been shared in the channels that had been established for such purposes, including to the police officers who were designated members of the Joint Terrorism Task Force.

Those officers are “specifically selected by their chiefs who participate on the Joint Terrorism Task Force for the very reason to be … that chief’s, that department’s, eyes and ears so that they get the information real-time their departments do,” Wray told the Senate panel on Tuesday.

Wray said that the report was shared via three channels: the email to the terrorism task force, verbally at an FBI command post briefing in Washington, and posted to a national law enforcement portal.

“Now, again, the information was raw. It was unverified. In a perfect world, we would have taken longer to be able to figure out whether it was reliable,” Wray said. “But we made the judgment, our folks made the judgment to get that information to the relevant people as quickly as possible.” He said that the three methods were used “to leave as little as possible to chance.”

In the clip below, Wray addresses the question of credibility of the intelligence and why it was shared.

But Wray noted that he himself didn’t see the Norfolk intelligence in a timely manner.

“Now I didn’t see the report myself even until after the 6th, but the way in which it [was] handled, at least as I understand it, strikes me as consistent with our normal process,” he said.

The FBI and Department of Homeland Security have been criticized for not producing a threat assessment about the possibility of violence on Jan. 6. Instead, DHS provided a more general report about the heightened threat environment during the 2020-2021 election season.

Former Capitol Police Chief Steven Sund said the Norfolk report didn’t reach him until well after the attack. He said the report was reviewed by a Capitol Police sergeant assigned to a Joint Terrorism Task Force, who sent it to an official in the intelligence division, and it was not sent further.

Sund, who resigned within days after the attack under pressure from Congress, has said that a lack of intelligence prior was a key factor in the lack of adequate security measures to stave off a mob insurrection.

“I think it was more than just the Norfolk letter,” Sund told a Senate panel last week. “I think we need to look at the whole entire intelligence community and the view they have on some of the domestic extremists and the effect that they have. I look at this as an intelligence problem that impacted this event.”

Number of unaccompanied migrant kids in US custody up 25% since last week, administration facing unprecedented crisis