We ask top sailors and marine industry gurus to choose the coolest and most innovative yachts of our times. This month Gilles Martin-Raget nominates Wally 143 Esense 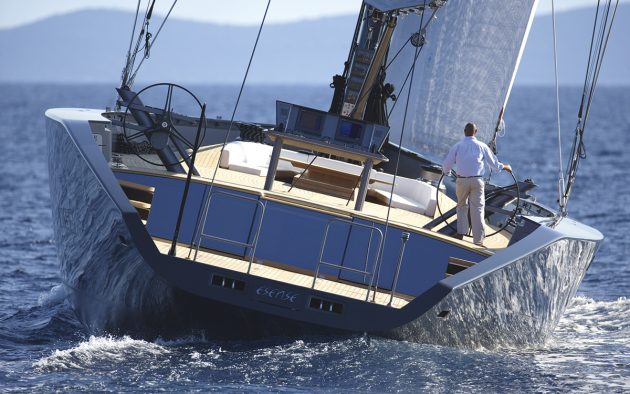 “[The Wally 143 is] the most incredible yacht I have had the privilege to shoot and to witness… the length, the design, the power, the elegance.

“Maybe meeting this beautiful yacht in very particular circumstances helped influence my choice. I had the privilege to shoot it for Wally after it was just launched in the Kornati Islands off Croatia,” says world-renowned photographer Gilles Martin-Raget of the Wally 143, his pick for world’s coolest yacht.

“It was in advance of the tourist season and we literally had the archipelago to ourselves for three days. 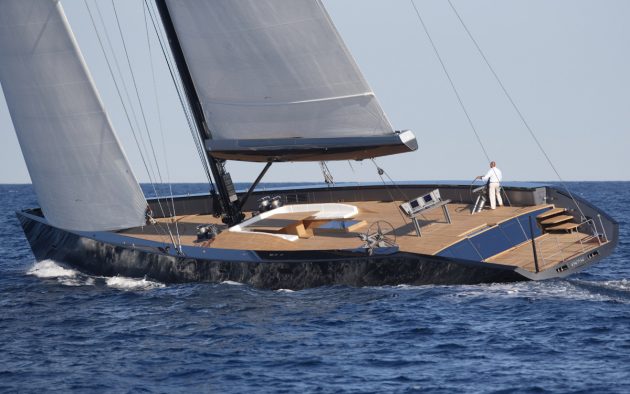 “Following the mood Wally had been creating, the captain was all dressed in white, alone at the helm on the yacht during the shooting, which gives it the scale and adds to the pureness.

“When you are on board it’s just another world. To top off the shoot, when we finished, I remember asking for the wheel for a few minutes.

“Sailing this very sensitive monster with this huge, totally silent and empty deck was a truly unforgettable experience.”

When Bruno Troublé’s France III team was knocked out of America’s Cup trials in 1983, crewmember Gilles Martin-Raget remained in Newport to cover the historic win of Australia II. He’s covered every Cup since, has become the go-to photographer for many yacht brands and magazines and recently won Mirabaud’s photo of the century award.