We ask top sailors and marine industry gurus to choose the coolest and most innovative yachts of our times. This month Thomas Coville nominates USA 17, the 2010 America’s Cup winner 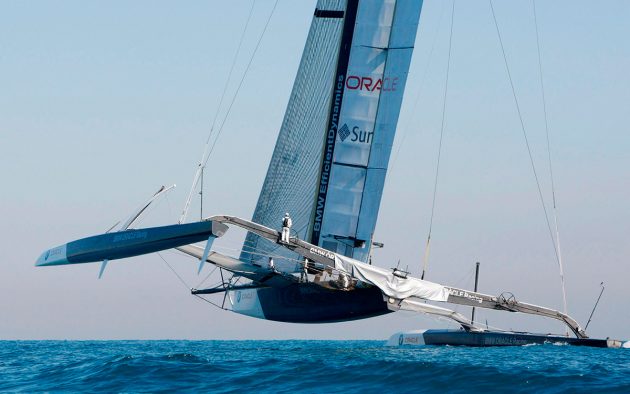 “I’d have loved to sail on the America’s Cup AC72 cats in San Francisco in 2013, they were so invigorating. Those boats were when Larry Ellison just let free in the America’s Cup and pushed the limits. But perhaps even cooler was the big trimaran challenger, USA 17 [in 2010]. When you saw the size of the wing and the size of Jimmy Spithill steering the boat, and flying on one hull, I think it was totally amazing.

“We should give a medal to the generation who was on the America’s Cup in San Francisco for creating so many new ideas and new dynamics, but for me the first step of sailing by flying was when those guys arrived with a trimaran with wings. Today we are trying to recreate that kind of a step by foiling around the world. 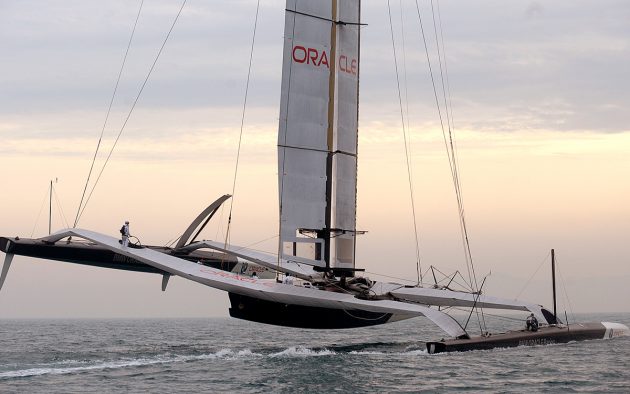 Jimmy Spithill is dwarfed by USA 17 as he helms the trimaran to victory in the 2010 America’s Cup. Photo: Jose Jordan/AFP/Getty

“Jimmy Spithill is my favourite skipper ever – for me he is the skipper that defines an epoch. He’s going to try to fly around the planet on a Jules Verne Trophy one day, for sure.”

Thomas Coville is one of the world’s most successful ocean racing skippers. In 2016 he set a single-handed around the world record of 49 days, and has won the Volvo Ocean Race, Oryx Quest, Route du Rhum and Transat Jacques Vabre. This winter he skippers a Jules Verne attempt with the foiling trimaran Sodebo Ultim 3.

How to Prepare for an Event: A PR Professional’s Guide

Approaches to making portraits of strangers