We ask top sailors and marine industry gurus to choose the coolest and most innovative yachts of our times. Ian Walker nominates TP52 Patches

Eamon Conneely commissioned the original Reichel Pugh-designed TP52 Patches in 2005 to race under IRC in the Admirals Cup and within the original class box rule on the International circuit, says Ian Walker.

The class has stood the test of time, and an incredible nine new boats were built for the 2018 circuit.

The reason for its longevity and popularity, I think, is that it’s a perfect size and an absolute blast to sail. 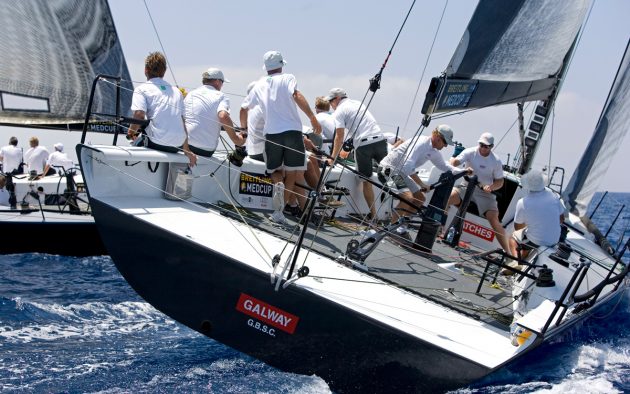 Everyone knows these boats are fast downwind but the real secret is that they are so efficient upwind.

Of course I’m very biased but of all the TP52s ever built my favourite is the first, Patches [Walker was skipper].

I base this on aesthetics, the multitude of trophies won and the great team of people who sailed on her. Those were the days!

Make sure you check out our full list of Coolest Yachts.

He has been involved in America’s Cup teams, campaigned the TP52 Patches, and has done two Volvo Ocean Races, twice as skipper of Abu Dhabi Ocean Racing, winning the round the world race in 2015.

He is now director of racing at the Royal Yachting Association.

From Pole to Pole: book review

You’ve run aground. What do you do now?