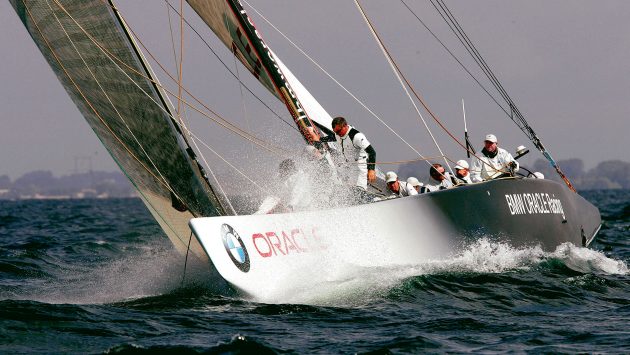 “I was obsessed with the Version 5 America’s Cup boats back in the early 2000s, I used to sit there and stare at the TV,” recalls Tom Slingsby. Version 5.0 of the IACC America’s Cup yachts rule was issued in 2003 and governed the boats that were used for the 32nd America’s Cup in Valencia in 2007, the last Cup to use the IACC rule.

The boats were lighter, faster, and carried more sail area with a deeper draught keel. Eleven Challengers raced from nine countries, including fleet racing in a series of Acts. The 32nd Cup was successfully defended by Alinghi. 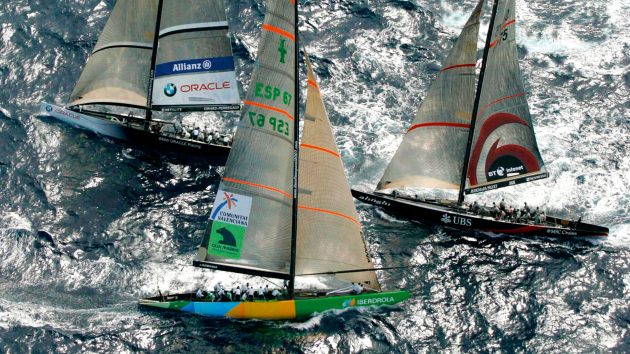 The perfect blend
of technology and beauty Photo: Domenico Stinellis/AFP/Getty

Each IACC yacht raced with a crew of 17, with a guest 18th man spot. “I was extremely fortunate. I was able to be the 18th person and the guest on one of the Oracle boats in 2007,” recalls Slingsby.

“For me, those things are just the perfect blend of technology, beauty, and as a tactical sort of boat I think they were beautiful to watch.”

Make sure you check out our full list of Coolest Yachts.

Australian Tom Slingsby is one of the most successful sailors on the water today.

He won Olympic Gold at the 2012 Games in the Laser, was strategist for Oracle Team USA in their 34th America’s Cup win, and recently took his second foiling Moth Worlds victory.

Tom Slingsby is CEO and skipper of Australia SailGP team, leading the series heading into the Sydney final.