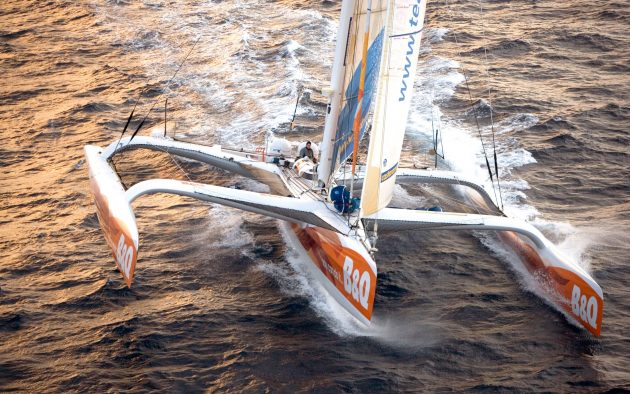 “For me ‘Moby’, as Ellen MacArthur’s trimaran was known, is one of the coolest yachts,” says top yachting photographer, Thierry Martinez of Ellen’s B&Q Castorama.

“In this photograph Ellen is 100 miles off the finish line at Ushant just before she broke her solo round the world record in 2005. I wasn’t working for Ellen at this time, but I had followed her from the boat’s launch in Sydney to the end of successful broken record.

“The trimaran was extra cool because it had two sides: one blue side with a French sponsor, and an orange side for an English sponsor. To shoot both sides was a challenge. 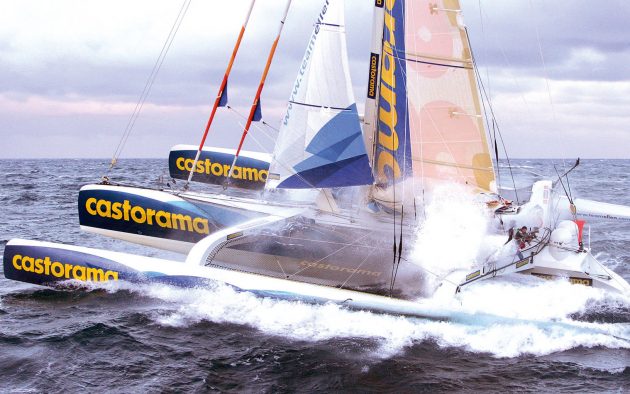 “As I used to work for international media, I needed both. It made life a bit harder for us, but it was a great marketing idea (by Ellen’s business partner Mark Turner).

“There was a lot of emotion when I took this image a few hours before the finish line, as Ellen had not seen anybody else since the start, and I’d been the last person she saw.”

Yachting photographer Thierry Martinez has photographed the world’s greatest sailors and toughest yachting competitions since he began covering the French La Poste team in the 1989 Whitbread Round the World Race. He describes himself as ‘focusing on the sailors more than the sailing machines, and still in love with this job’. See thmartinez.com

The best cocktail bars in Barcelona

Things to Consider When Ordering Takeout or Delivery