One of sailing’s top Olympic performers and environmental campaigner, Hannah Mills is hoping to add another gold to her collection in 2020.

The British sailing team’s Hannah Mills has been selected to carry the Union Jack in the Olympic opening ceremony tomorrow, Friday 23 July.

The reigning 470 Olympic sailing champion says being named as a flagbearer for Team GB at Friday’s opening ceremony of Tokyo 2020 is the greatest honour of her career. 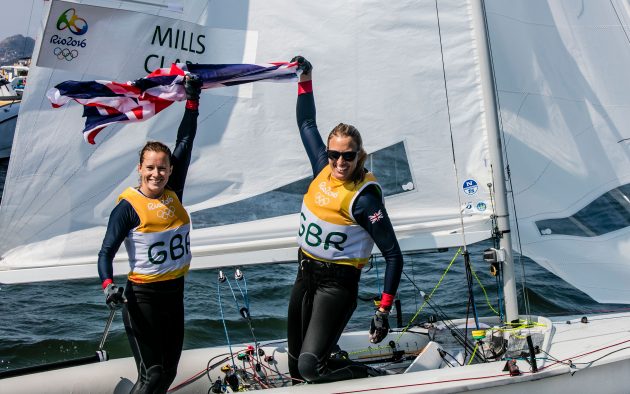 Mills won gold at Rio 2016 and silver at London 2012 in the 470 class alongside Saskia Clark, and is aiming to defend her gold in the women’s double-handed dinghy with new teammate Eilidh McIntyre.

Hannah Mills will carry the Union Jack alongside rower Moe Sbihi, who won gold in the coxless four in Rio, in the first Olympic opening ceremony to feature both male and female athletes carrying each nation’s flag.

Mills, 33, will also be the first female sailor to carry the Union flag. “To be asked to carry the flag for Team GB at the Opening Ceremony of the Olympic Games is not a sentence I ever thought I’d say,” she said after the announcement.

“When (Chef de Mission) Mark (England) told me I had been chosen, it was completely overwhelming and when I had a moment to think about what it meant I got pretty emotional.

“It is the greatest honour in my career and I hope more than ever before that this Games can lift our country and deliver some incredible sporting moments to inspire the nation.” 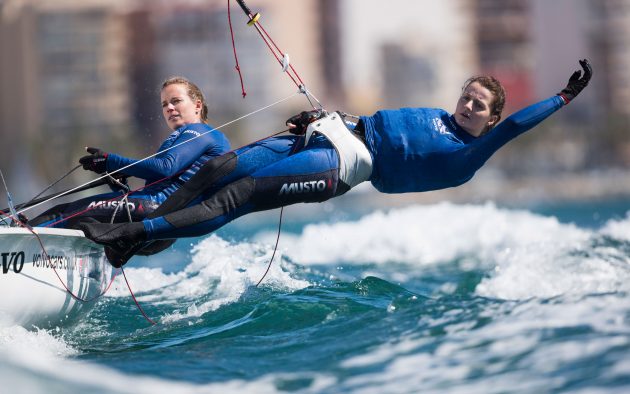 Hannah Mills was already one of the most decorated British Olympic sailors when she paired with Eilidh in January 2017, having won a silver medal at London 2012 and a gold at Rio 2016. The images of her and long-standing crew Saskia Clark hugging and jumping for joy after winning gold demonstrated their genuine friendship as well as immensely successful partnership. 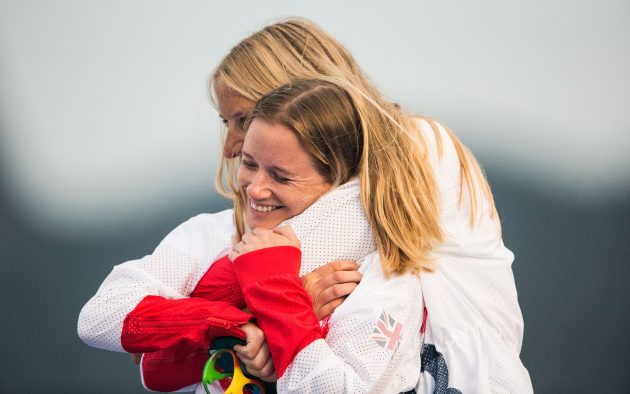 Mills and Clark celebrate on the top step of the podium in Rio. Photo: World Sailing / Sailing Energy

After Clark retired following Rio, she teamed up with new partner Eilidh McIntyre in early 2017. McIntyre, along with helm Sophie Weguelin, had been Mills and Clark’s main rivals for the British 470 team selection for Rio in 2016.

The new partnership was instantly successful, winning the World Cup Series final in Santander, Spain on their first outing together, then taking silver at the 470 world championships.

Hannah Mills was born in Wales and started sailing at age eight on Cardiff Bay, having tried the sport on holiday. She sprang to the British sailing world’s attention aged just 14 when she won the Optimist National Championships in 2002, the first girl to do so, and the Optimist Girls’ World Championship in 2003. She was named UK Young Sailor of the Year and BBC Wales Young Sports Personality of the Year.

Eilidh McInytre comes from a family with a strong Olympic sailing tradition: her dad Mike won Gold in the Star keelboat with Bryn Vaile at Seoul in 1988 in a dramatic Olympic regatta that saw mast breakages and rescues. McIntyre and Vaile won the only gold medal for Britain in sailing for 14 years, between 1976 and 2000. Hannah’s partner is Nick Dempsey, also a three-time Olympic medallist in windsurfing. 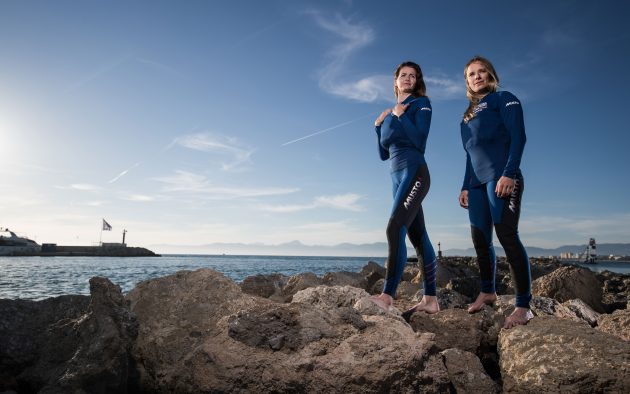 McInytre and Mills are likely to face close competition in Tokyo for the 470 women’s gold medal from the French pairing of Camille Lecointre and Aloise Retornaz (FRA), while the recently crowned World Champions, Silvia Mas and Patricia Cantero (ESP), also look well placed for a fight at the top of the podium. Japan is also well represented, with 2018 World Champions Ai Kondo and Miho Yoshioka sailing on home waters. 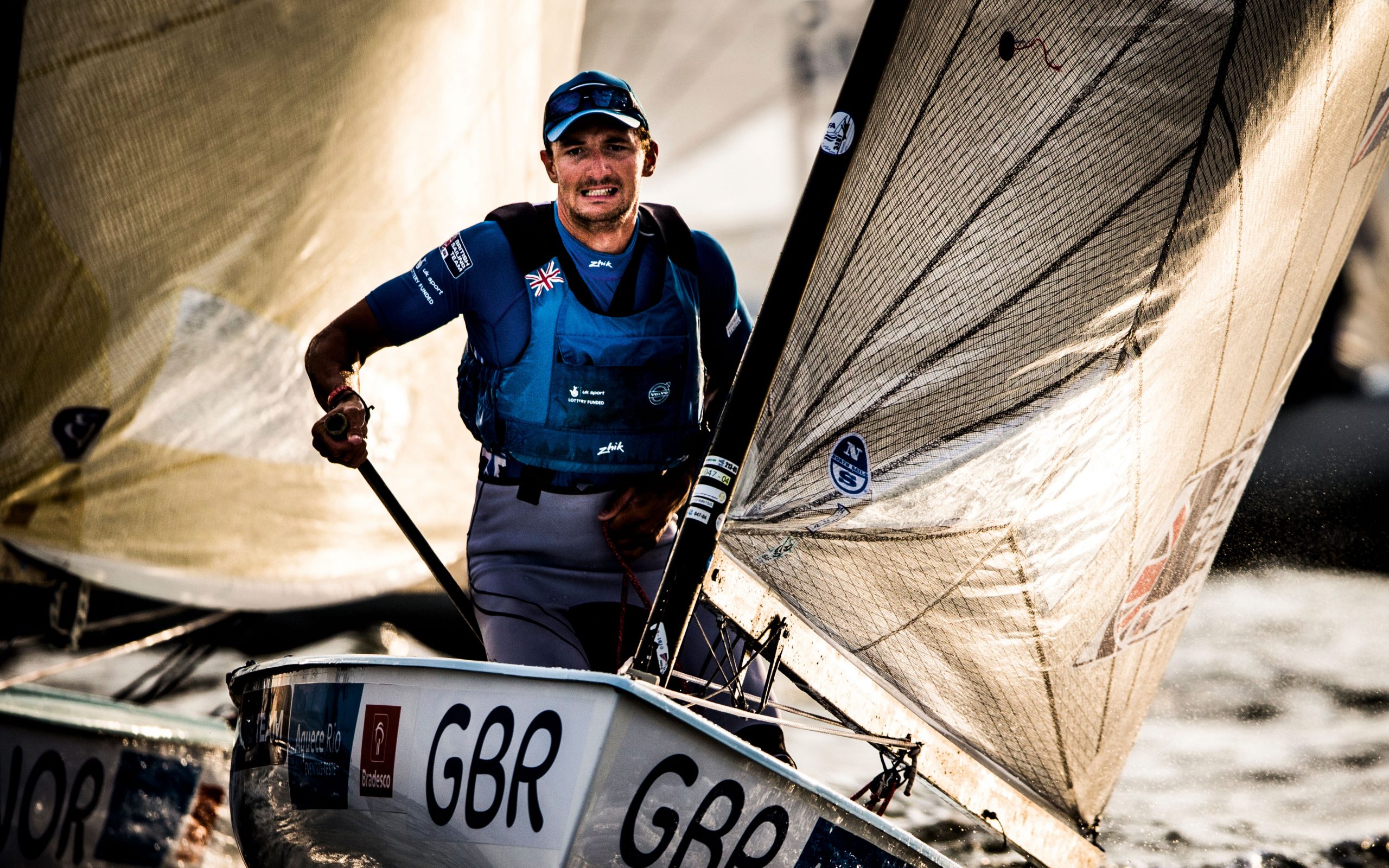 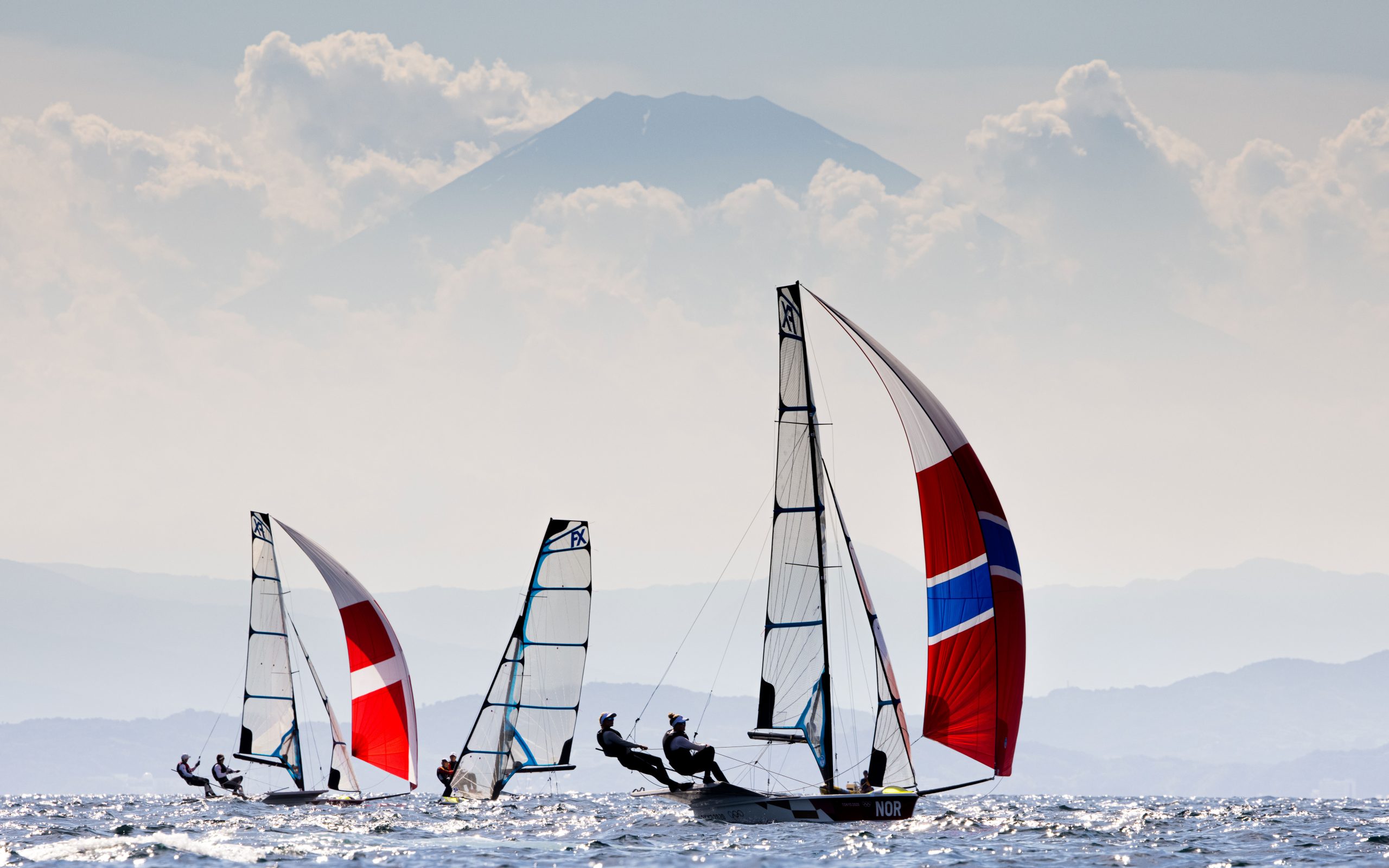 For the 350 Olympic sailing athletes competing at the 2020 Tokyo Olympics, a medal symbolises more than their skills; it…

Mills is also a strong voice in ocean conservation. After seeing the pollution in Rio, she worked with the International Olympic Committee she launched the Big Plastic Pledge, encouraging people to make three daily promises to reduce single-use plastics in their lives.

Following this morning’s announcement that Hannah Mills would be the Team GB flagbearer at the Tokyo Olympics opening ceremony she added on her Facebook page. “I am completely lost for words… Overwhelmed, honoured and proud are definitely feelings I’ve felt over the last 24hours! Telling my family was pretty emotional!

“The number of other incredible female athletes in the team who also would have truly deserved this too is not lost on me so I hope to do them and the whole of Team GB proud.

“I will carry the flag for Team GB, the athletes and the whole of the U.K. | For the Olympics and what they represent | For the planet and the changes we need to make.

“Thank you @teamgb for this incredible honour.”

Car Body Repair and Maintenance Tips Every Motorist Should Know

Things to Keep in Mind Before Hiring a U-Haul Truck

How to Prepare and Safely Transport Your Car Across the Country