What Unemployment Insurance Tells Us About Work During A Pandemic : Planet Money : NPR

Editor’s note: This is an excerpt of Planet Money‘s newsletter. You can sign up here. 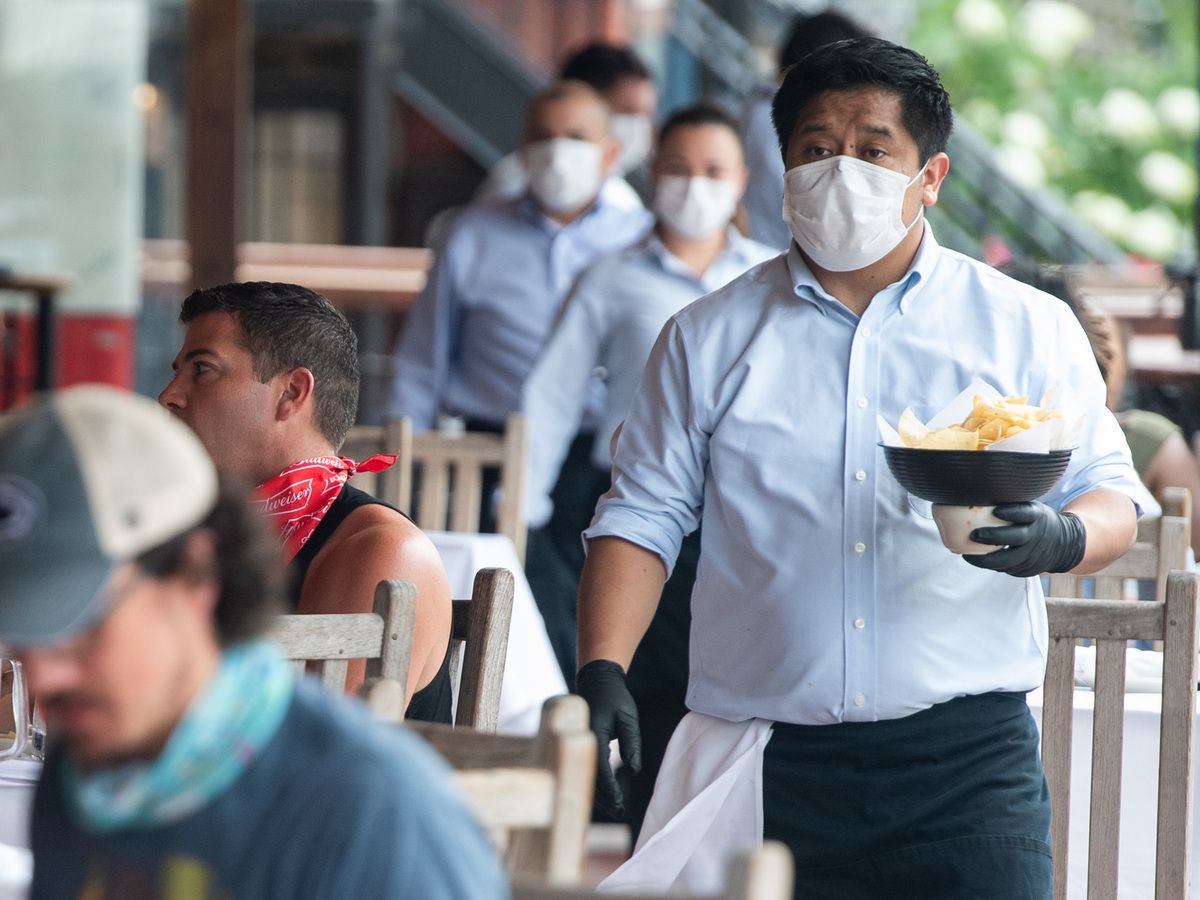 One of the most expensive provisions in President Biden’s COVID-19 relief plan involves giving unemployed workers an added $300 per week, through September 6th, on top of their existing state unemployment insurance benefits. While the House version of the bill called for $400 per week, this was revised down to $300 in the Senate proposal, due to a last minute push supported by moderate Democratic Senator Joe Manchin. Senator Manchin argued that an extra $400 per week was too much, and could stifle people’s motivation to find jobs. “We want people to get back to work,” he said. “We’re going to have a hard time getting people ready to go back in and keep the economy going.” Seems like basic economics: if you make nearly as much money as you do working, then why would you work?

Every state in the nation requires individuals to seek and accept available work in order to claim unemployment benefits. Still, assuming unemployed people can choose whether to work or not, economic logic tells us that each dollar increase in unemployment benefits reduces the incentive to work, by making the alternative, not working, slightly more appealing. Finding the right unemployment benefit levels can be a tricky balancing act for politicians: they want to provide as much of a social safety net as possible, but they also want to encourage people to get back to work as soon as they can. A new working paper from Professor Arindrajit Dube of the University of Massachusetts at Amherst, however, suggests that policymakers need not worry: higher unemployment benefits don’t seem to affect employment levels the way many economists assumed.

Last March, President Trump’s CARES Act stimulus package began providing a $600 per week federal bonus in unemployment benefits. The bonus affected people differently depending on which state they lived in, based on income levels in the state, and the generosity of state unemployment benefits. For example, the median unemployed person in Louisiana received benefits worth 143 percent of their previous income because of the federal bonus, compared to 39 percent without the bonus. The median unemployed person in Hawaii also had their unemployment benefits boosted to a similar level — 149 percent of their previous income — but even without the bonus, they were already receiving benefits worth 62 percent of their previous income.

So policymakers can breathe easy, then: raise the unemployment benefits, and watch the employment numbers rise!

Dube also noted that the period he studied was a deep economic downturn and had unique health restrictions. It’s unclear, therefore, whether the results he found would hold up even during the later periods of the pandemic. Biden’s relief plan addresses a time period with economic and public health conditions markedly different than those of the CARES Act. Those conditions could change how people weigh the value of unemployment insurance benefits against the value of working, so economists can’t fully predict how labor markets will behave during the rest of the pandemic and recovery process. While no one can be certain which policies will lead to the most streamlined recovery, Dube’s work suggests that — at least in some cases — providing more support to unemployed workers may not be the delicate balancing act policymakers once thought it was.

Did you enjoy this newsletter segment? Well, it looks even better in your inbox! You can sign up here.

The Number Of Hate Groups Declined Last Year — But Hate Did Not : NPR

What We Know About Atlanta-Area Spa Killings: Suspect Charged : NPR

At least 5 dead in massive freeway pileup in Texas: Police