Before its scheduled destruction in various crash tests, Rimac CEO Mate Rimac took a prototype of the company’s Nevera electric hypercar for an off-road spin.

The car is one of several pre-series models Rimac has used for demonstrations and public events since the Nevera’s unveiling earlier this year. However, this particular car has also been earmarked for crash testing in order to homologate the Nevera for global sales.

In this videoMate Rimac gives the Nevera a send-off before its date with destruction. He initially pointed the Nevera down a dirt road before taking it to the construction site of the company’s new headquarters and technology campus near Zagreb, Croatia. 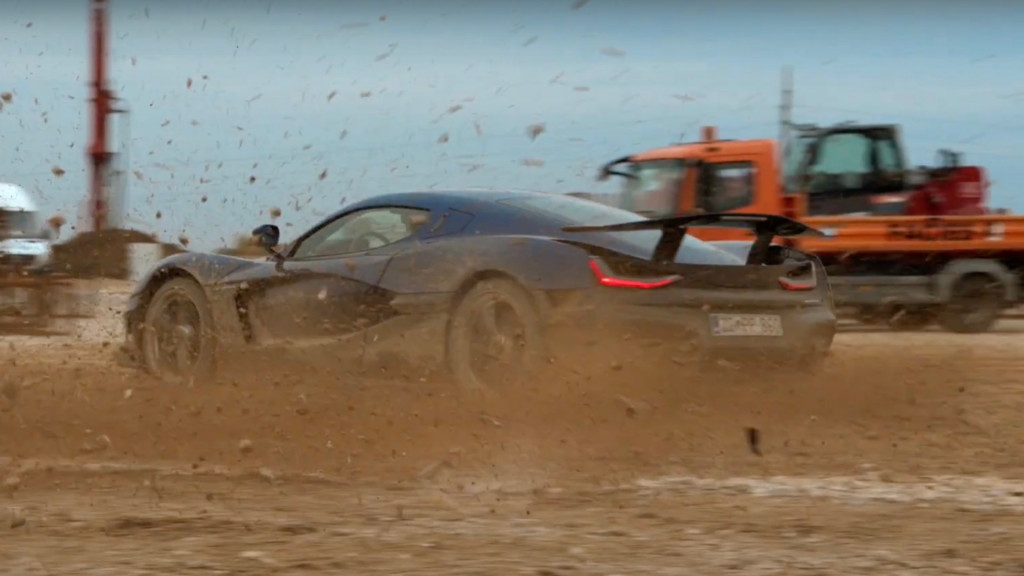 The Nevera’s four-motor powertrain produces 1,914 hp and 1,740 lb-ft of torque. Rimac says the Nevera will do 0-60 mph in 1.85 seconds, run the quarter mile in 8.6 seconds, and reach a top speed of 258 mph. The company has also said the Nevera will have a drift mode and advanced driver-assist tech that will act as a driving coach on racetracks. The price for all of this is approximately $2.4 million.

Rimac won’t just be developing its own hypercars in the future. The company has entered into a joint venture with Porsche to oversee the operation of Bugatti, along with its own brand. The new company Bugatti Rimac officially began operations earlier this month and will also be based out of the Croatian site.