The vessel was towed from the shipyard facilities in Zwartsluis to Harlingen, where she is better positioned to head out into the North Sea for her sea trials ahead of delivery.

The exterior styling encompasses a sleek dark hull with an inverse bow and low coach roof for a modern, athletic appearance from Mani Frers. The interiors by M2Atelier cover a lounge and formal dining area in addition to five guest staterooms, a Master Suite and a crew area. The aforementioned guest accommodation is placed in the stern, while the Master suite is in the bow for greater privacy. Other features include an aft deck beach club and two large tender garages aboard this 320 GT vessel. 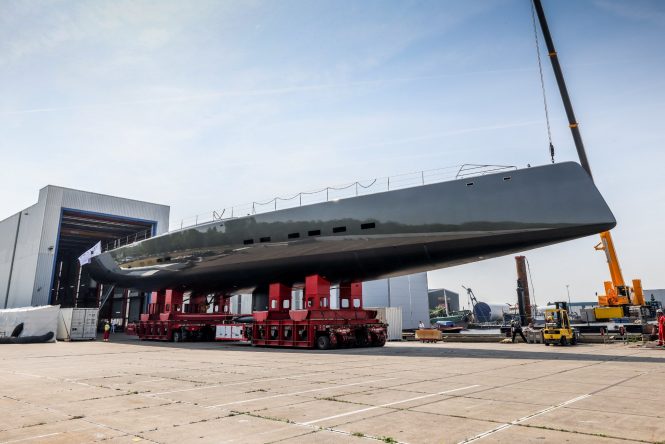 At 56m/184ft, sailing yacht ALEA is currently the second largest sailing yacht produced by Vitters (66m/217ft sailing yacht ANATTA being the first largest), however, S/Y ALEA is set to slip down to a third place, with the launch of 59m/ PROJECT 3090, which is due for launch in 2023.

A Unforgettable Oasis in the Historic Heart of the Dubrovnik

How To Find Best Solar Shades for Your Windows in Sarasota, Florida

You Can Own This Stunning Aston Martin DB5 Shooting Brake