Vito Dumas was the first person to sail solo around the world south of the three great capes. Ben Lowings recalls the Argentine’s inspiring achievement

Upon the dark green waters of the Benguela current, west of Cape Town, the Royal Navy was out on patrol in the last week of August 1942.

The yacht was duly closed on, sandwiched between ship and submarine and spoken with.

Was this boat a Japanese or German trick to distract from the battle in Madagascar? An errant Vichy Frenchman or Italian?

Everyone was confused, until the skipper began rapidly to explain himself in Spanish. 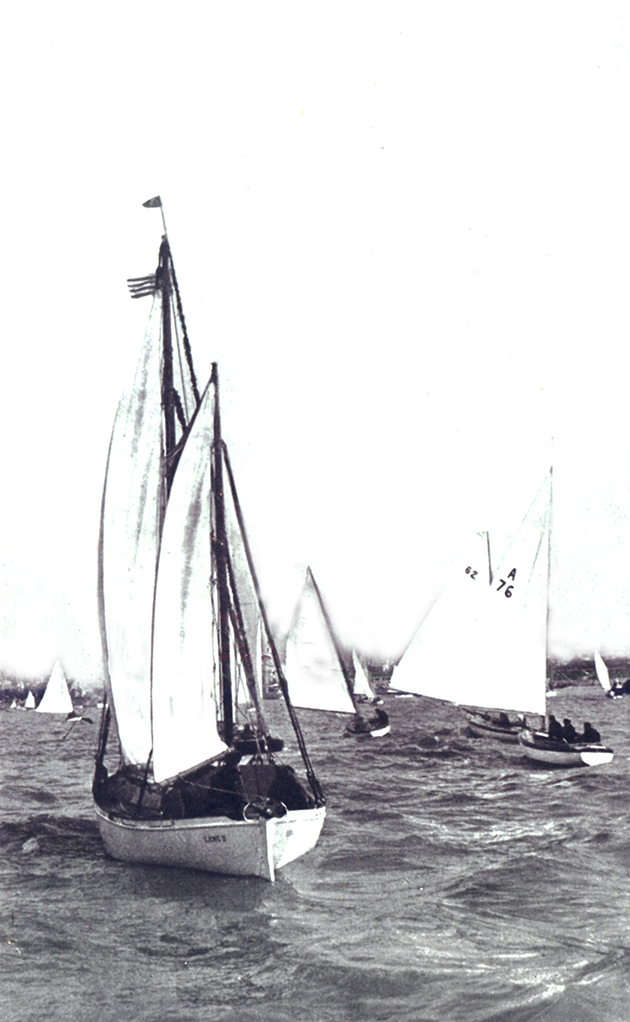 Lehg II leaving Cape Town. The rig for the yacht was the Marconi ketch. Credit: PPL

This was Vito Dumas, a middle-aged Argentine of Italian and French descent.

This was his first human contact since casting off in Uruguay the month before.

He was neutral, his mission peaceful: to be the first person to sail alone around the world, via the great Capes.

History says the American Joshua Slocum was the first, in 1898. But he had not rounded Cape Horn.

Born to a well-to-do family in Palermo, Buenos Aires, in 1900, Vito Dumas had to drop out of school and work as a brass polisher when his parents later fell on hard times.

He sailed dinghies in the River Plate and found himself adept at cold water endurance.

Diego, Vito’s grandson, says the water ‘held its own attraction’, and he wished to ‘test himself rather than compete against others’.

Vito tried many times to swim across this huge estuary and achieved a record of 25 hours afloat.

He travelled to Europe to try to swim the English Channel, but the record attempt fell apart when he failed to hire an escort boat.

In France, during the winter of 1931, he sunk his money into a leaky 8m sloop, named using the initials of a mysterious lover and patroness L.E.H.G.

‘He had rudimentary nautical knowledge,’ says Diego. ‘But his greatest confidence was in himself. If he didn’t have a boat, he would have bought a plane. He was determined to get back to Argentina by himself.’

He was towed over the bar from Arcachon and was about to set out through what is now the Landes Missile Range.

One French helper said the next morning he expected to see wood on the beach.

The boat did end up on a beach, but on the other side of the Atlantic.

With negligible damage, LEHG was extracted from the surf in Rio Grande do Sul, in Brazil.

Vito Dumas had sailed to South America alone, without a bilge pump, lashing the tiller at times, but more usually spending days on end at the helm.

His taste for tackling huge breaking waves dates from these first days in south Biscay. 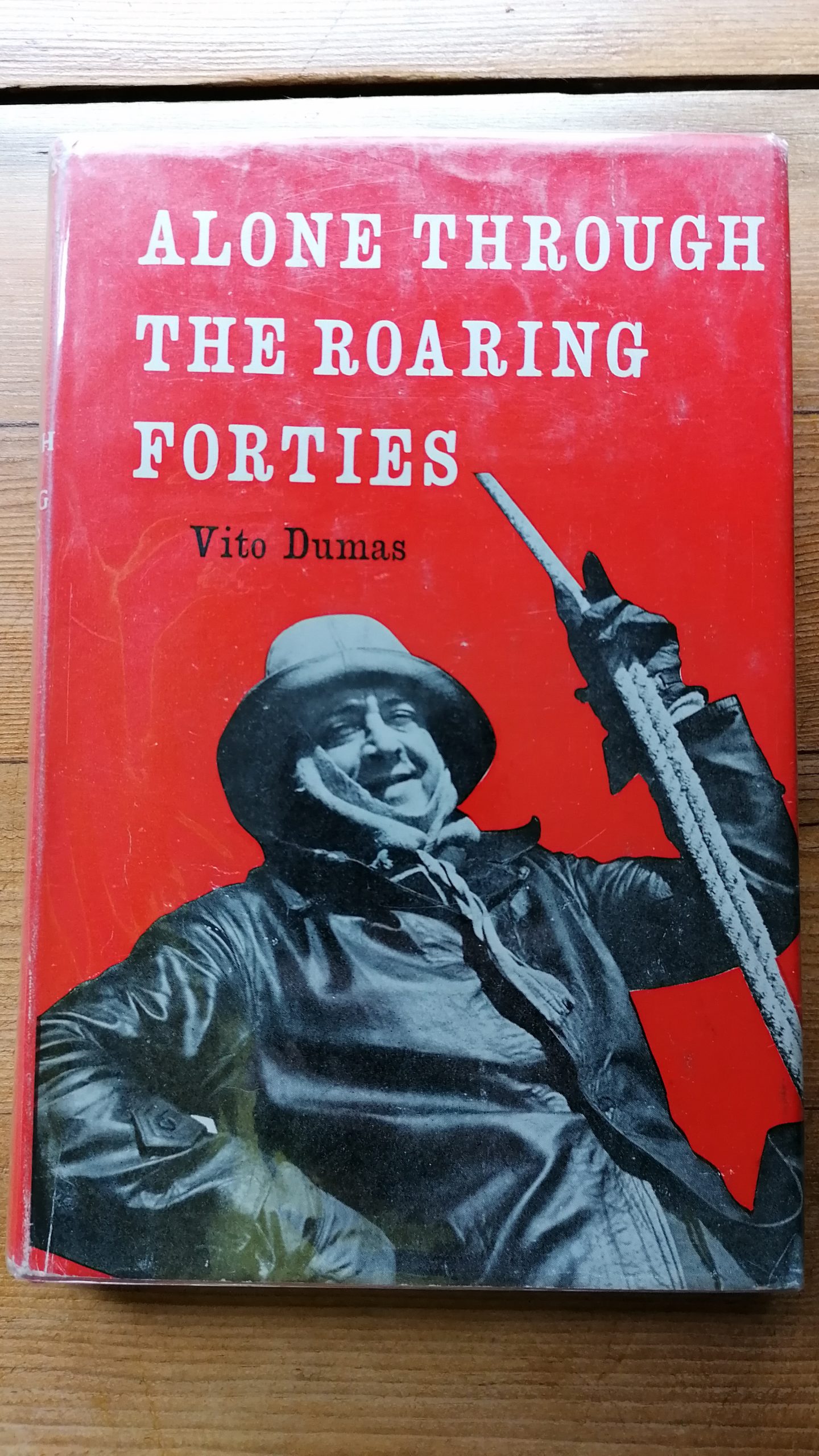 His book, Alone Through the Roaring Forties, was translated into English, and published by Adlard Coles in 1960. Credit: Katy Stickland

He tested a new boat, LEHG II with cruises to Brazil and back, but financial reversals during the 1930s had him sell it to buy a tractor to help with farm work.

The prospect of sailing around the world seemed remote.

But Dumas was spurred by the death of Alfon Hansen, a Norwegian friend he had met in 1934.

That winter Al had been wrecked and killed soon after becoming the first solo sailor to round Cape Horn.

After war broke out, and while Argentina was not committed to either the Axis or Allied cause, there was time for Dumas to accomplish his dream.

Like the later French voyager, Bernard Moitessier, who was disillusioned with Vietnam, Dumas wanted to prove that in spite of war there was still space in the world for dreamers.

Vito bought back LEHG II, setting off for South Africa in July 1942. 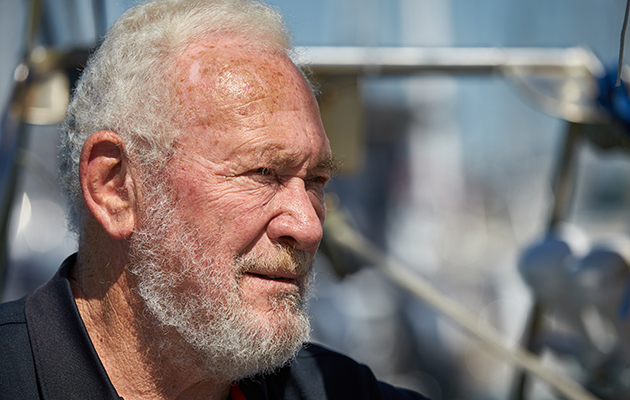 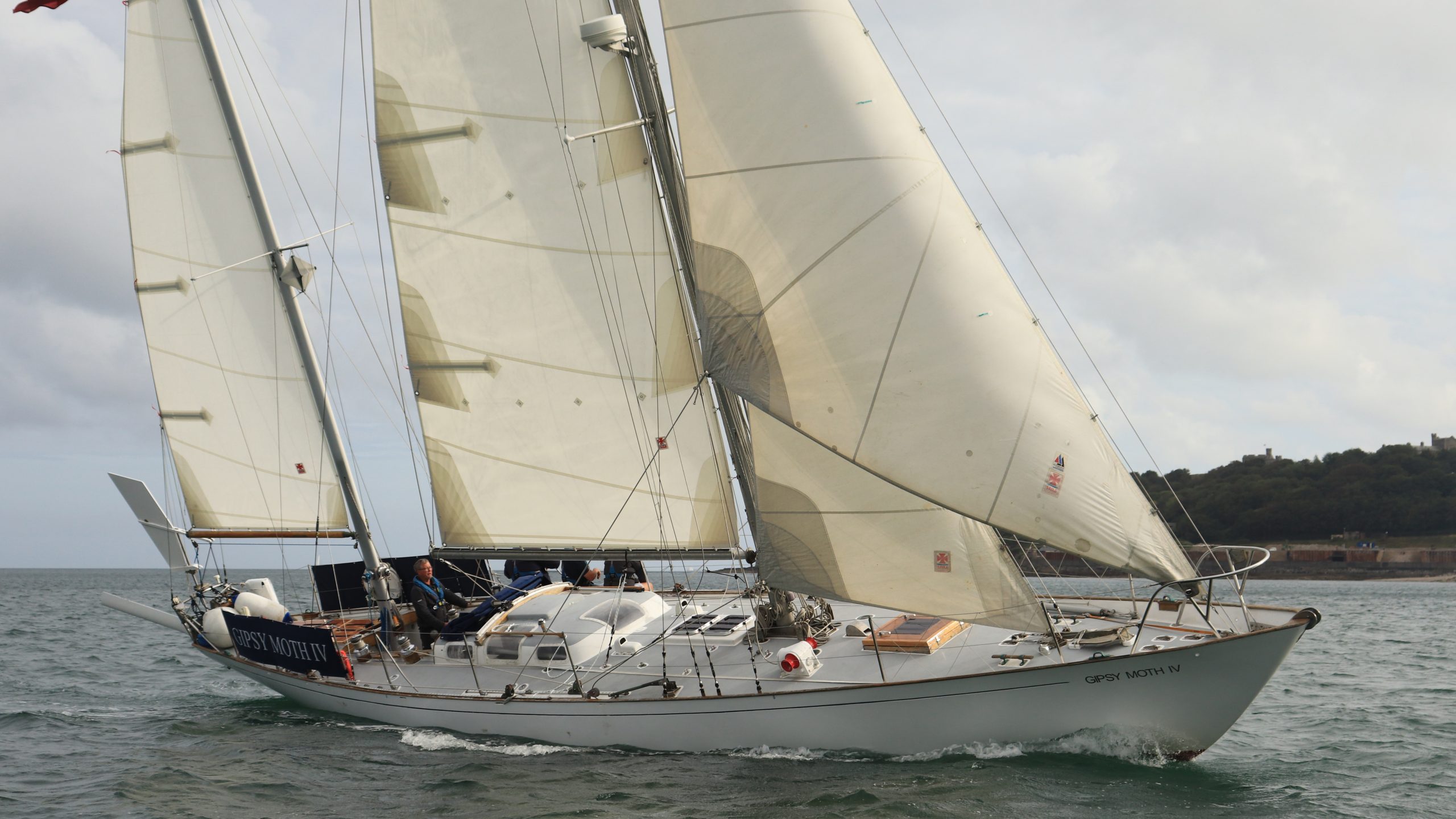 Exclusive: Gipsy Moth IV has been bought by Simon Oberholzer who is restoring the ketch’s original features. He plans to… 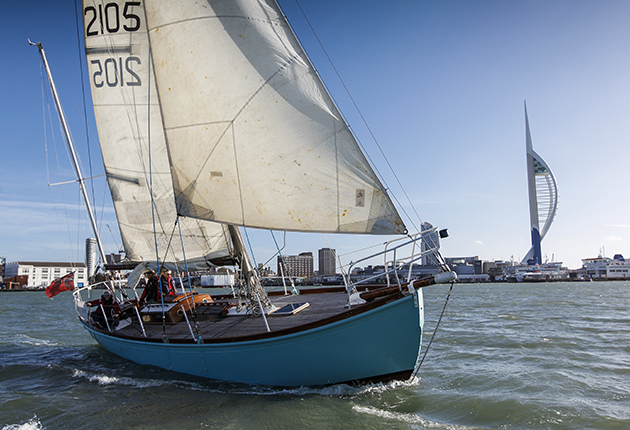 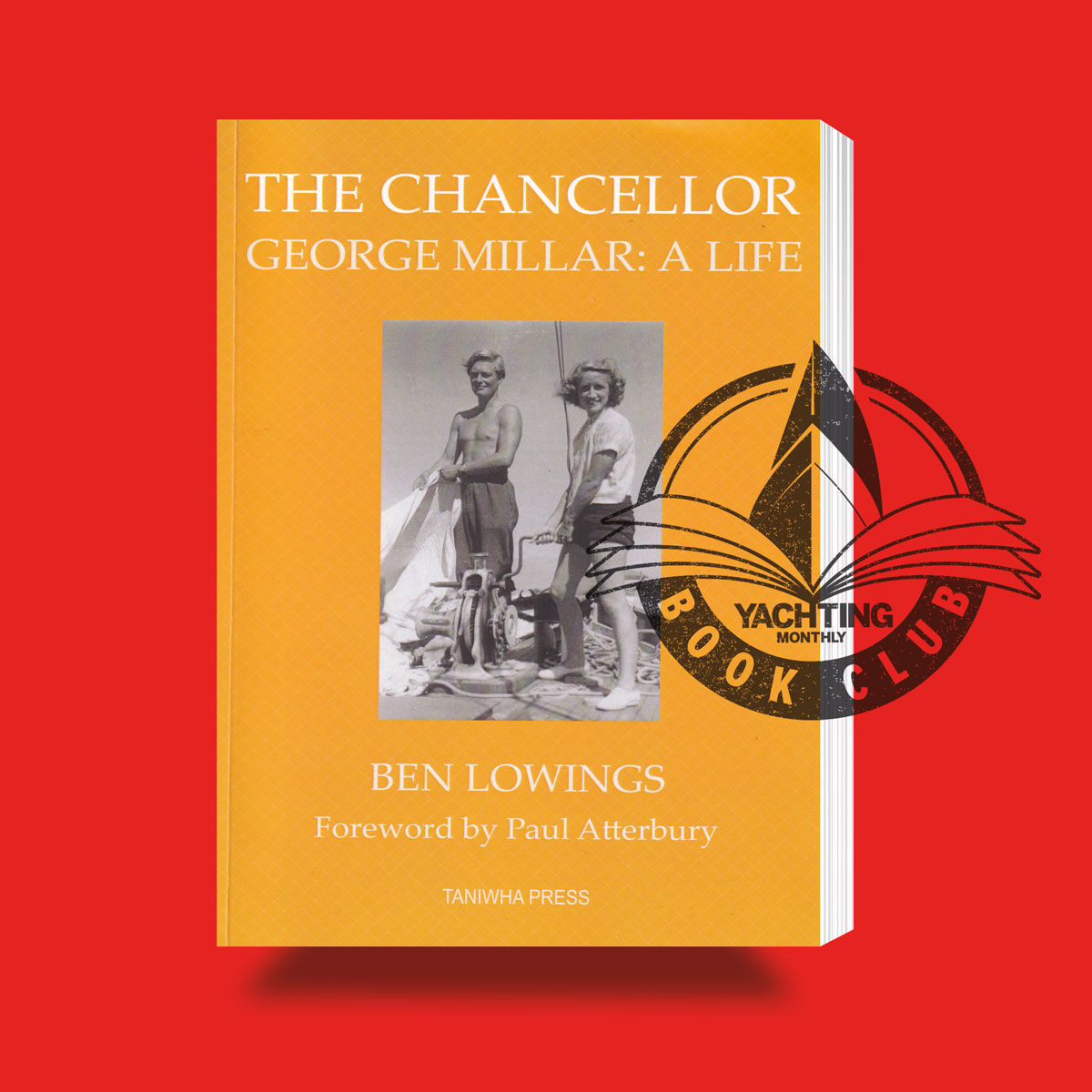 In the Indian Ocean, Dumas’s and LEHG II’s sailing qualities showed themselves.

Dumas also discovered – and Moitessier learned this from him – the advantages of keeping sail up, keeping slightly off the wind, going as fast as possible and outrunning the breakers.

The bow bit the sea – but not too much – facilitating steerage. 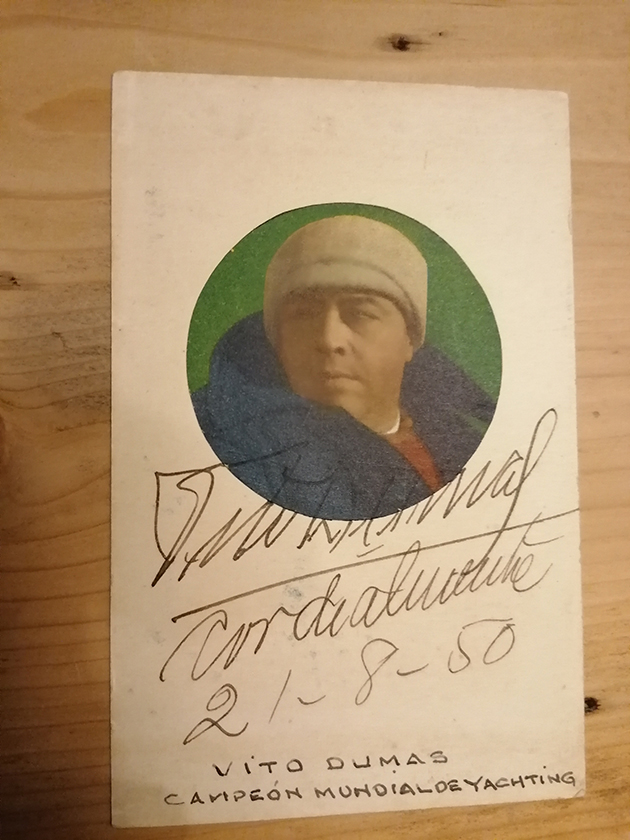 There was little ballast to shift, and one of the two water tanks leaked dry.

Manuel Campos had designed stable bilges balanced on an iron keel of no less than three (imperial) tons.

Stops in Wellington and Valparaíso were made before Vito tackled the Horn, in winter.

There was no liferaft, no pump, no self-steering, no radio, no flares.

In July 1943 he made it home, a national hero; the first solo circumnavigator. 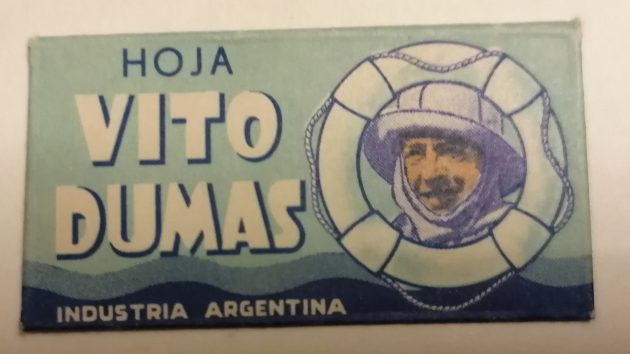 Even a range of Vito Dumas razor blades were manufactured! Credit: Katy Stickland

The claim stood for a generation before Sir Francis Chichester (almost the same age as Vito) would challenge it in his Gipsy Moth IV.

A true circumnavigation, most agree, passes through two diametrically opposed points on the globe’s surface.

Vito’s 20,000 miles from Buenos Aires and back was only roughly two-thirds the distance covered by Gipsy Moth IV.

It is important to note that while war left the way clear for Vito’s southern hemisphere circuit, it closed off the north.

As soon as the conflict was over, Dumas sailed to Brazil, Cuba and then without stopping, New York, the Azores, Madeira, the Canaries, Cape Verde and onwards to Brazil.

His 408-day lap of the Southern Ocean could be discounted as being short of a true circumnavigation.

But did he not in fact complete the full distance with the 106-day Atlantic circuit in 1946?

Vito Dumas’s seamanship has been called into question, for accepting tows, beaching his boats and for the untrue assertion that the only tool he carried aboard was a screwdriver.

He did carry out running repairs while underway and he was skilled in the use of sextant and chronometer; his landfall calculations were professional and accurate.

If history has concluded that Chichester was technically the first circumnavigator, Dumas’s spirit will probably chuckle and smile.

Nestor Linari, Vito’s nephew, says Dumas felt himself to be a ‘lucky man who had given other people hope’. 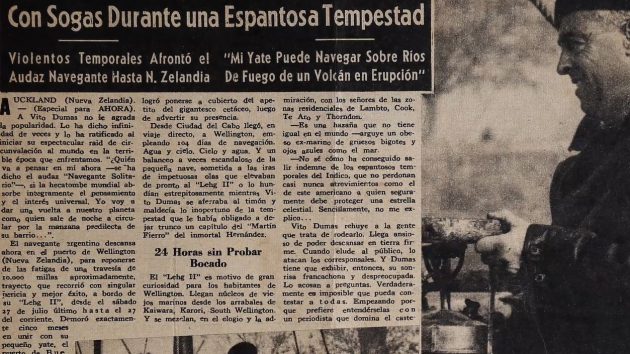 Diego says his grandfather kept up yachting right until his death in 1965 because it was ‘through sailing he found an inner peace’.

Vito’s achievement in many ways threw down the gauntlet to Sir Robin Knox Johnston, who of course history knows as the first to sail around the world ‘all in one go’.

It is fair to say in the game of ‘Who’s the First Sailing Circumnavigator?’ Britain holds most of the cards.

Devon (with Drake, Chichester and Furneaux) has a trump suit.

But maybe Argentina has the Ace of Spades.

Ben Lowings would like to thank Diego Dumas, Nestor Linari and the director Rodolfo Petriz for their assistance in compiling this article. Mr Petriz’s 2019 documentary El Navegante Solitario will hopefully soon be available in English.

5 reasons why you should have nightwear

Join Aston Martin For The Most Luxurious Events Of Your Life