Pieces of the airplane engine from United Airlines Flight 328 sit scattered in a neighborhood after the jet’s engine failure on Feb, 20 in Colorado. An engine on the Boeing 777 exploded after takeoff from Denver. 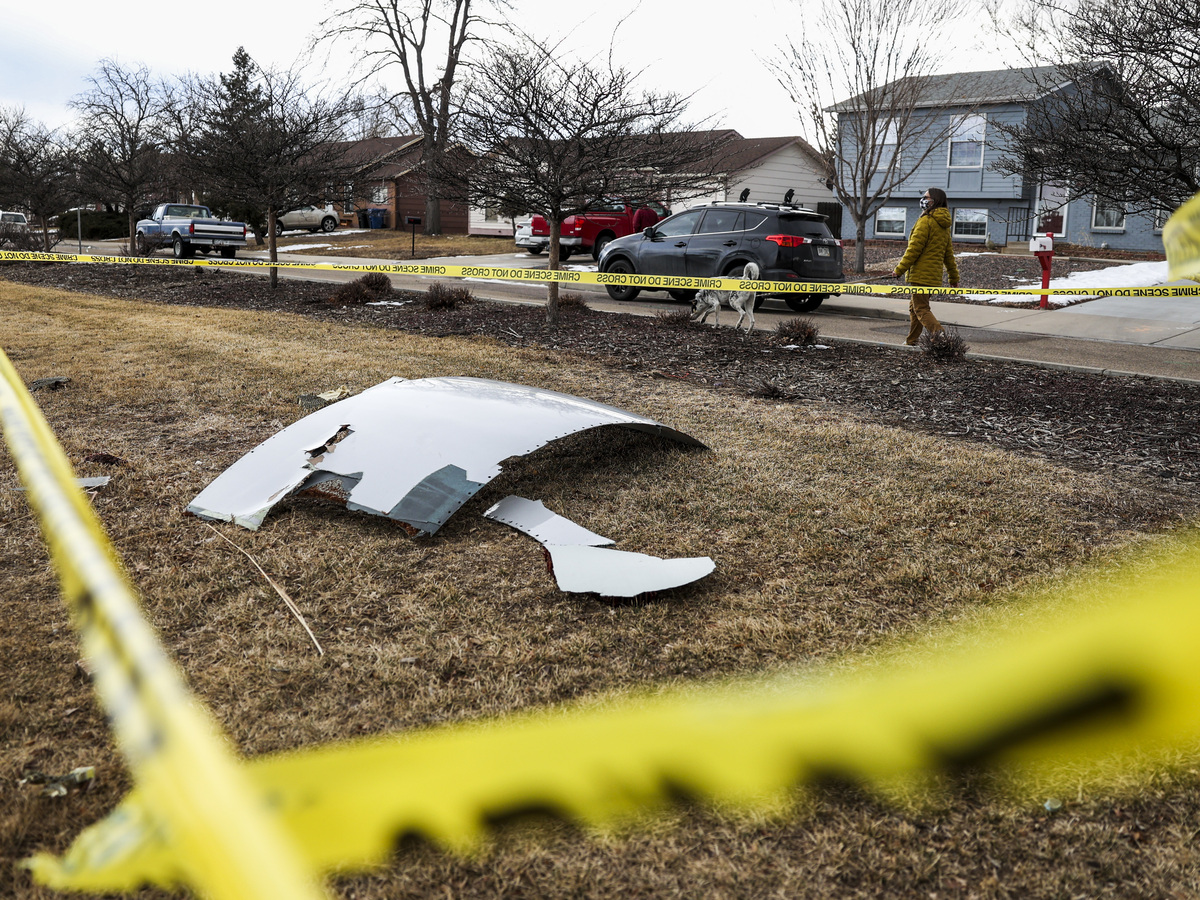 Pieces of the airplane engine from United Airlines Flight 328 sit scattered in a neighborhood after the jet’s engine failure on Feb, 20 in Colorado. An engine on the Boeing 777 exploded after takeoff from Denver.

United Airlines suspended the use of older model 777 jets after an engine failed shortly after takeoff in Colorado on Saturday, raining debris on suburban Broomfield, Colo.

The temporary suspension applies to 777 models that are powered by Pratt & Whitney 4000-112 engines, United announced on Twitter.

Boeing recommended the airplanes remain out of the sky until the Federal Aviation Administration “identifies the appropriate inspection protocol.” There are 69 planes currently in service and 59 others in storage that it applies to, the company said in a statement.

Dickson also said the agency will increase inspections of the hollow fan blades unique to the engine used in the plane last weekend.

The FAA met with representatives from Boeing and Pratt & Whitney Sunday to finalize the details of the directive and to determine the full scope of the order. More details will be released later.

Boeing said, “We are working with these regulators as they take actions while these planes are on the ground and further inspections are conducted by Pratt & Whitney.”

Saturday’s Honolulu-bound United flight made an emergency landing at Denver International Airport. None of the 231 passengers and 10 crew members on board was injured. No people on the ground reported injuries either.

Boeing 777 jets have been in the air since the 1990s. The aircraft has used engines produced by General Electric and Rolls Royce, but the FAA order would apply only to those planes with the Pratt & Whitney engine.

Where were you 35 years ago?