UConn Again A Top Seed. But Starting Without Its Famed Coach : NPR

Connecticut head coach Geno Auriemma talks to his team during a game against Villanova in the Big East tournament on March 7, 2021. Auriemma has tested positive for the coronavirus. 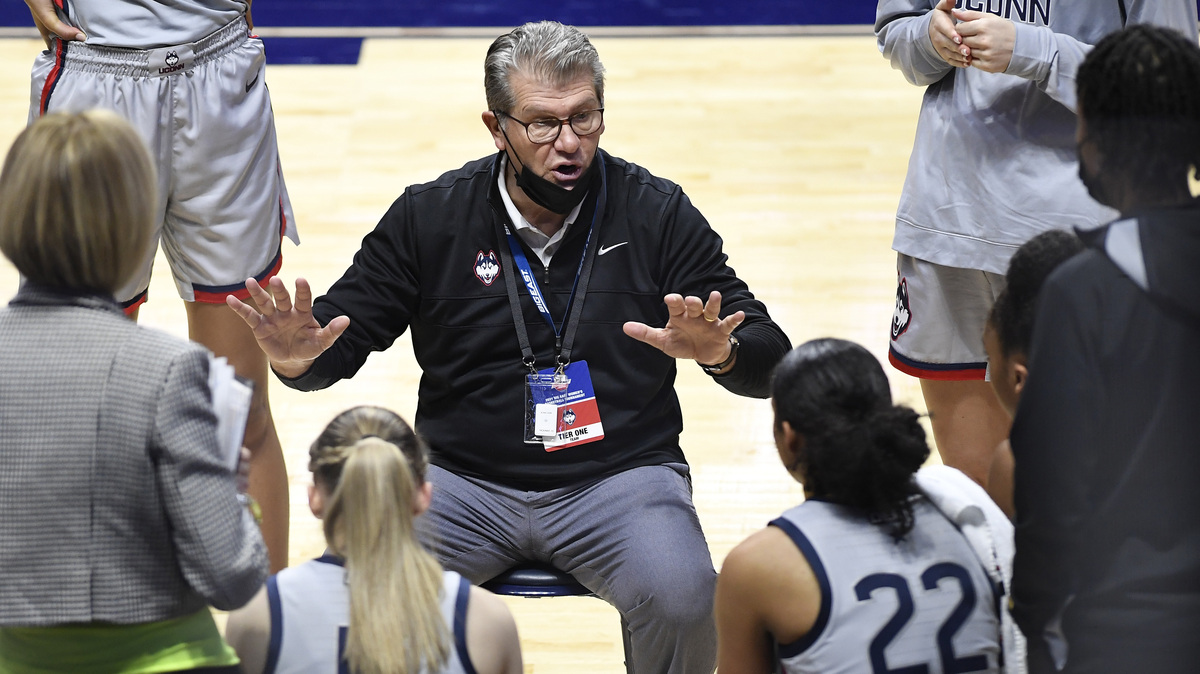 Connecticut head coach Geno Auriemma talks to his team during a game against Villanova in the Big East tournament on March 7, 2021. Auriemma has tested positive for the coronavirus.

The head coach for the top-ranked team in women’s college basketball has tested positive for the coronavirus. Geno Auriemma of the University of Connecticut confirmed the diagnosis just days before the NCAA championship tournament is set to begin. UConn is a number one seed.

Auriemma is isolating at home. “I feel great – I don’t have any symptoms so it came as a complete shock to me and my medical staff. We’ve been testing every day,” Auriemma told reporters Monday evening via teleconference.

Other key team personnel, including athletes, coaches and athletic trainers, have tested negative.

Auriemma was infected in the midst of being vaccinated against COVID-19. He got his second dose on March 10th and tested positive on the 14th. Health officials say full protection from the illness caused by the virus doesn’t happen until two weeks after the second dose of the two-shot regimen.

In a statement, the 66-year-old coach, winner of eleven national titles at UConn (and several Olympic Gold medals) calls this a reminder that, “we’re not on the other side of the pandemic yet.”

Auriemma can re-join his team during the NCAA Tournament’s second round. The women’s tournament begins Sunday with 64 teams. All of the games are being played in and around San Antonio, Texas with reduced fans to limit travel and the spread of the coronavirus. The tournament’s other top seeds are Stanford, North Carolina State and South Carolina.

A diner at one of Gordon Ramsay’s restaurants complained after paying $41 for a burger and fries, but people think they’re overreacting