Friedrich Karl Berger, in a 1959 photo. A court found that he helped guard prisoners when they were forced to evacuate a Nazi concentration camp in a nearly two-week trip under “inhumane conditions,” the Justice Department said. 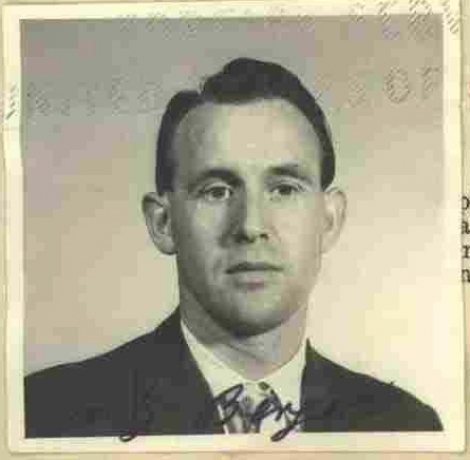 Friedrich Karl Berger, in a 1959 photo. A court found that he helped guard prisoners when they were forced to evacuate a Nazi concentration camp in a nearly two-week trip under “inhumane conditions,” the Justice Department said.

A 95-year-old Tennessee man has been deported to Germany because he worked as a guard at a Nazi concentration camp during World War II, the Justice Department announced Saturday.

Friedrich Karl Berger was sent to Germany because he participated in Nazi-sponsored acts of persecution while serving as an armed guard at the Neuengamme concentration camp system near Meppen, Germany, in 1945, according to the announcement.

“Berger’s removal demonstrates the Department of Justice’s and its law enforcement partners’ commitment to ensuring that the United States is not a safe haven for those who have participated in Nazi crimes against humanity and other human rights abuses,” Acting Attorney General Monty Wilkinson said.

“We are committed to ensuring the United States will not serve as a safe haven for human rights violators and war criminals,” said Acting ICE Director Tae Johnson added.

“We will never cease to pursue those who persecute others. This case exemplifies the steadfast dedication of both ICE and the Department of Justice to pursue justice and to hunt relentlessly for those who participated in one of history’s greatest atrocities, no matter how long it takes,” Johnson said.

Berger, who had lived in the U.S. since 1959, was flown out of the country on Saturday and has landed in Frankfurt, Germany, according to the BBC.

The deportation came after a judge in two-day trial in February 2020 concluded that Meppen prisoners were held during the winter of 1945 in “atrocious” conditions and were exploited for outdoor forced labor, working “to the point of exhaustion and death.”

The court also found that Berger helped guard the prisoners when they were forced to evacuate the camp in a nearly two-week trip under “inhumane conditions,” the Justice Department said. Seventy prisoners died during the evacuation, it said.

The court’s decision also cited Berger’s admission that he never requested a transfer from concentration camp guard service and that he continues to receive a pension from Germany based on his employment in Germany, “including his wartime service.”

It was not immediately clear whether German authorities would take steps against Berger, according to The Washington Post.

Berger is a widower with two grandchildren, according to the Post. He has said he was ordered to work in the camp, was only there a short time, and did not carry a weapon, the Post reported.

“After 75 years, this is ridiculous. I cannot believe it,” he said last year as he fought his expulsion from the United States, according to the Post. “I cannot understand how this can happen in a country like this. You’re forcing me out of my home.”

When the weather tested Texans’ mettle, they responded with hospitality

Snow moves into the Northeast; brutally cold air to persist over Midwest all week

Women leaders you should know and the causes they champion

Florida City site vaccinates about 50 people who were ineligible