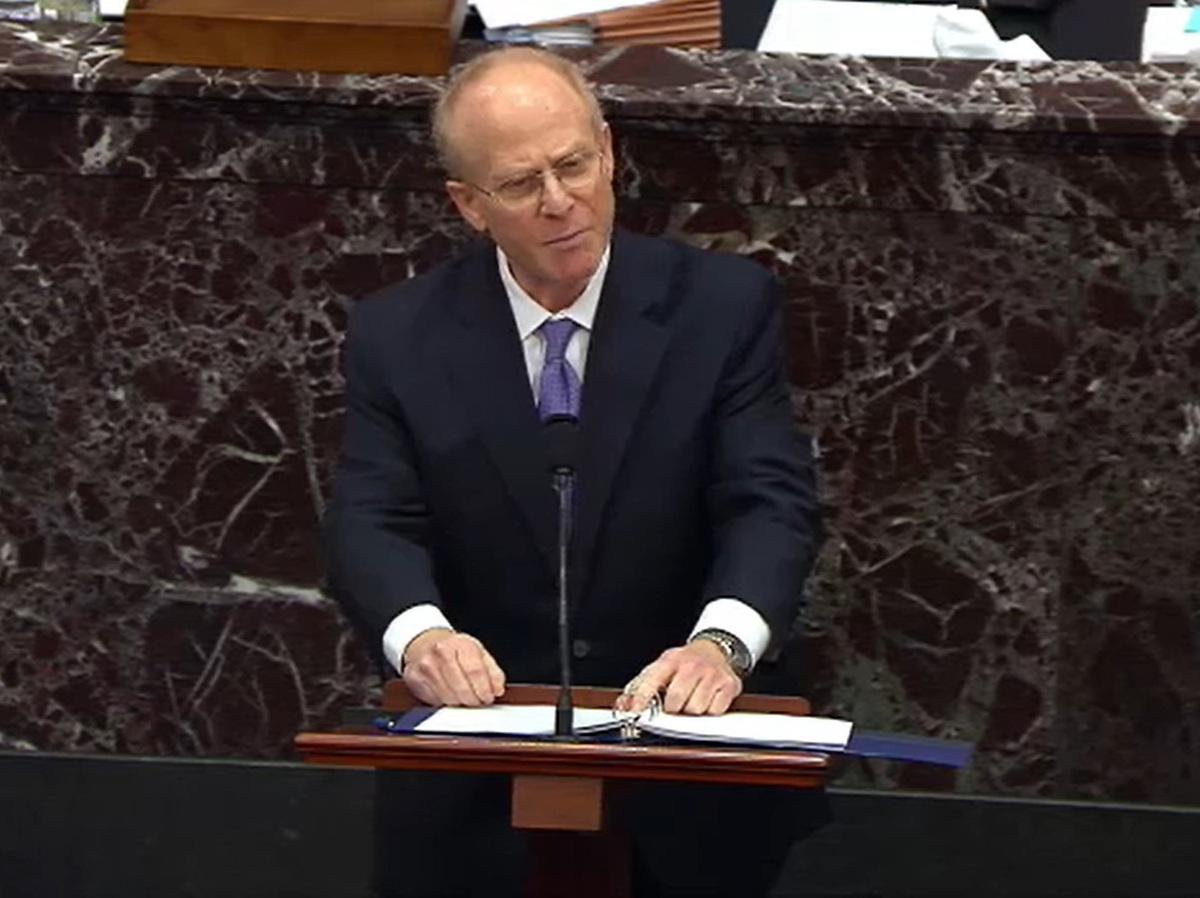 Former President Donald Trump’s legal team concluded its defense on Friday, arguing that the impeachment proceedings were “an act of political vengeance” as well as “a politically motivated witch hunt.”

Bruce Castor, David Schoen and Michael van der Veen each took turns addressing the Senate chamber to characterizing Trump as a staunch supporter of law and order, not someone who incited the chaos at the Capitol.

Trump’s attorneys had up to 16 hours over the course of two days to push back on House impeachment managers case that Trump should be convicted and barred from running for future office for inciting the Jan. 6 attack on the U.S. Capitol.

In the end, the defense team wrapped their case in about three hours. The impeachment managers had used about 10 hours over two days.

Later Friday the senators, who are serving as jurors, posed questions to both the House Democrats prosecuting the case against Trump and the ex-president’s legal team.

The current timeline makes it all the more likely that Trump’s historic second impeachment trial could be concluded as early as Saturday. After questions, there remains the option for managers to request a debate on witnesses followed by a four-hour window for closing arguments before the final vote on whether to convict Trump.

Schoen said the Democrats case was driven by “political opportunism” and that it skipped basic norms of due process and fairness, though impeachment trials are not equivalent to criminal trials.

“The rush to judgement for a snap impeachment in this case was just one example of the denial of due process,” Schoen told the Senate chamber.

Schoen also claimed Trump’s legal team was never given an opportunity to “test the integrity of the evidence offered against Donald J. Trump seeking to bar him from ever holding public office again.”

The rules of the Senate trial were agreed to by both party leaders and voted on by the chamber earlier in the week.

The legal team also argued that Trump’s rhetoric, including remarks at a rally before the siege on the building where lawmakers were voting to certify Joe Biden’s electoral victory, was protected by the First Amendment.

Defense attorney van der Veen asked senators if they wanted to create a precedent of trying to determine the meaning and intent of a president’s speech.

“Will that allow and maybe encourage a majority party to weaponize the awesome power of impeachment against the minority to suppress a point of view?” van der Veen asked.

Trump lawyers then played video of Democrats, including House Speaker Nancy Pelosi, President Joe Biden and Vice President Kamala Harris of using variations of the word “fight” in interviews and campaign speeches. It was an attempt to show Democrats as being hypocritical about Trump’s language.

He noted he was not showing the video of Democrats to condone Trump’s words nor was it about “what-about-ism.” Instead, he said, the video was about driving home the point that all political speech is protected speech.

The managers have argued that incitement is not protected speech. Trump, they claim, knew his rhetoric in particular would incite violence and that he had a history of condoning violent acts. Democrats argued that Trump helped organize the rally that preceded the attack and then urged his supporters to overrun the Capitol.

A question of intent

Trump lawyers framed the impeachment effort as a highly partisan attack that was really about Democrats’ disdain for the former president. They accused the House members of relying on flimsy reports, misleadingly editing video and even manipulating evidence in their presentation — including an image of a tweet that inaccurately showed a validated check mark next to a username.

A senior aide for the House impeachment managers pushed on allegations, noting that Trump’s lawyers repeatedly showed slices of video clips during their arguments. While the aide acknowledged one screenshot “accidently had a blue verification checkmark” the substance of the slide was “entirely accurate.”

The defense argued that Democrats are trying to blame Trump for the violent actions of groups that preplanned the attack on the seat of government.

“Hatred is at the heart of the House managers frivolous attempt to blame Donald Trump for the criminal acts of the rioters based on double-hearsay statements of fringe right-wing groups based on no real evidence other than rank speculation,” van der Veen said.

A Father And His Son’s Killer Bring Past And Present Together : NPR