Rep. Jamie Raskin, D-Md., the lead house impeachment manager, speaks in the Senate on Wednesday. He argued former President Donald Trump incited the Jan. 6 attack on the U.S. Capitol and that his words are not protected by the First Amendment. 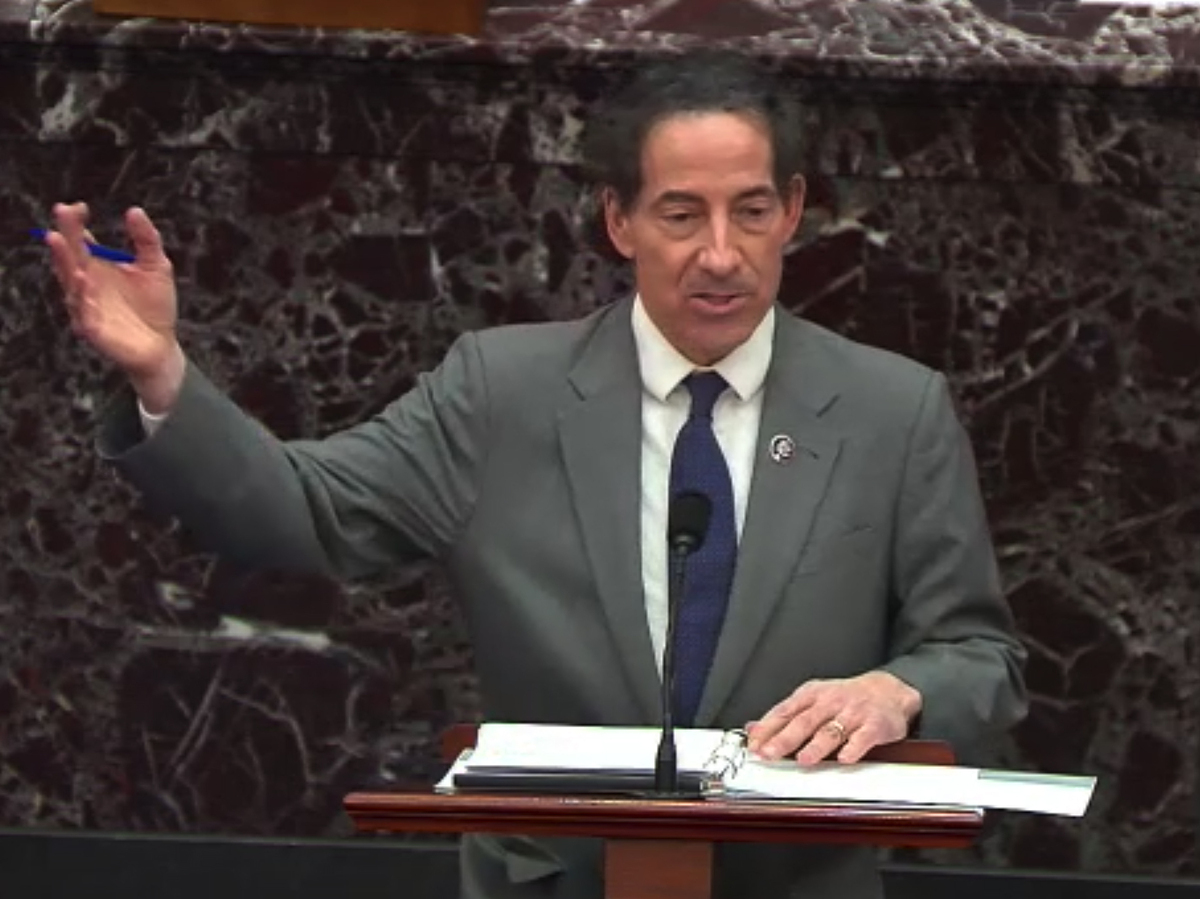 Rep. Jamie Raskin, D-Md., the lead house impeachment manager, speaks in the Senate on Wednesday. He argued former President Donald Trump incited the Jan. 6 attack on the U.S. Capitol and that his words are not protected by the First Amendment.

Raskin said that Trump was not merely a private citizen walking down the street expressing his support for the overthrow of the federal government. The former constitutional law professor said if he were, his speech would be protected.

As president however, Raskin argued, Trump had a sworn duty that set him apart from every other American, to protect the Constitution.

“Look, if you’re the president of the United States, you’ve chosen a side with your oath of office,” Raskin said. “If you break it, we can impeach, convict, remove and disqualify you permanently from holding any office of honor, trust or profit in the United States.”

Raskin likened what Trump did to a local fire chief who is paid to put out fires but instead orders a mob to descend on a crowded theater and set it ablaze.

And then when calls for help go to the fire department, Raskin continued, Trump “does nothing but sit back, encourage the mob to continue its rampage and watch the fire spread on TV.”

Raskin noted that the conservative Federalist Society issued a memo before the start of the impeachment trial that said in part: “The First Amendment is no bar to the Senate convicting former President Trump and disqualifying him from holding future office.”

Raskin added that not only are Trump’s words not shielded by free speech protections, what he did on the day of the Capitol attack was the act of “inciter-in-chief.”

“When he incited insurrection on Jan. 6 he broke that oath [of office]. He violated that duty. And that’s why we’re here today. And that’s why he has no credible constitutional defense,” Raskin said.

Trump’s legal team is expected to rely heavily on a First Amendment defense. Tuesday, defense attorney Bruce Castor asked the Senate, “This trial is about trading liberty for the security from the mob? Honestly, no. It can’t be.”

“We can’t possibly be suggesting that we punish people for political speech in this country,” Castor said.

As NPR’s Legal Affairs Correspondent Nina Totenberg reported on Tuesday, some legal scholars argue the question is irrelevant to an impeachment trial.

Trump is entitled to hold whatever opinions he wants and to express them, Keisler says. “But he is not entitled to assert a First Amendment defense against removal or disqualification from office … because the Founders were in particular worried about … the ways in which demagogues could become tyrants.”

Khalid Sheikh Mohammed to get COVID-19 vaccine in Guantanamo

Bloomberg to Give Harvard $150 Million for Program for Mayors