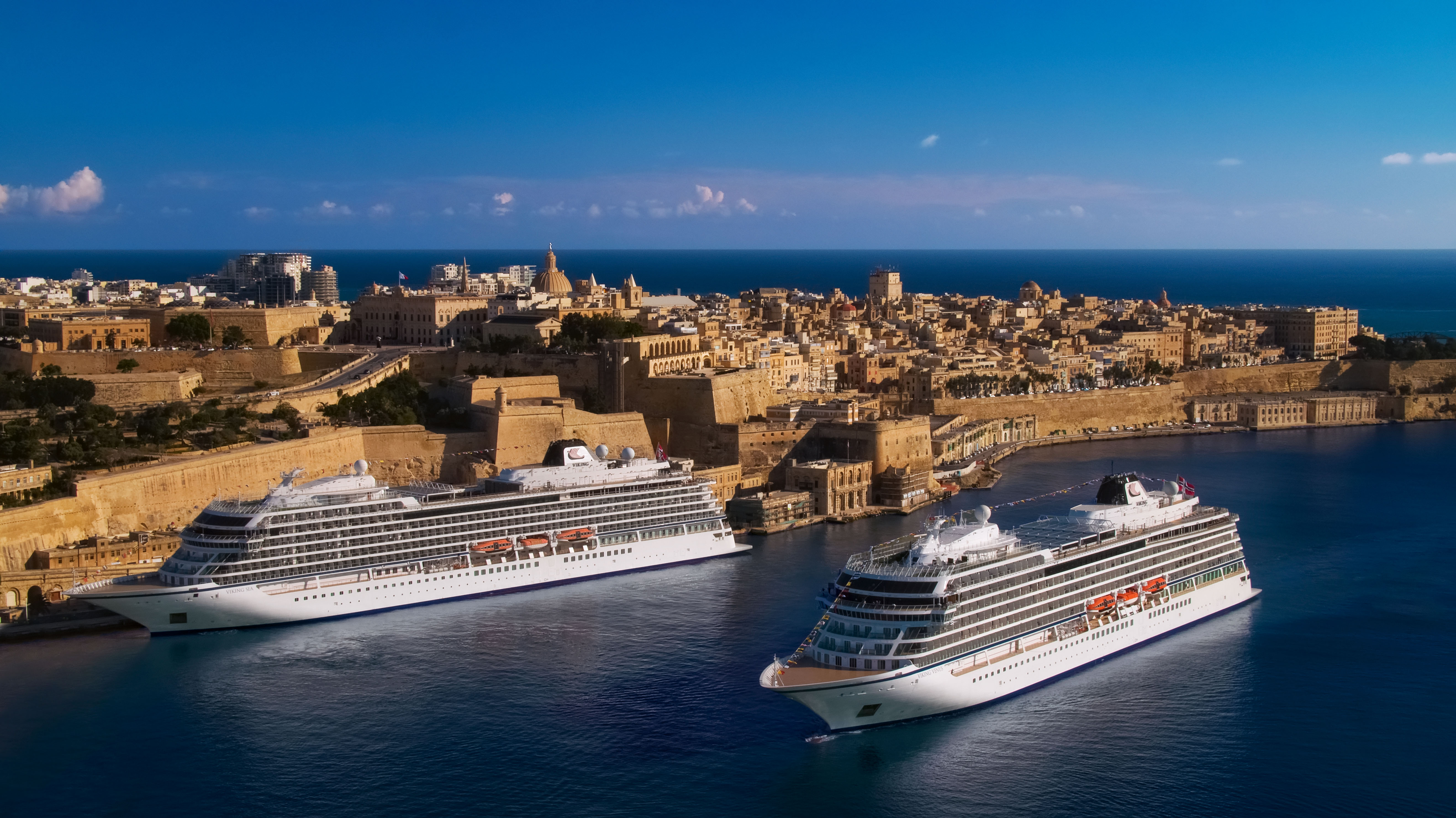 Within the past week, Viking Cruises announced they are spotlighting a collection of new ocean voyages for travelers ready to return to the world of cruising—and especially for guests who wish to return to the familiar comfort of small Viking ships. The voyages are called  Welcome Back Voyages, and are exclusively available for vaccinated guests, in accordance with local entry rules of many destinations.

The Welcome Back Voyages are sailing in and around three unique destinations, with more destinations being added as appropriate. 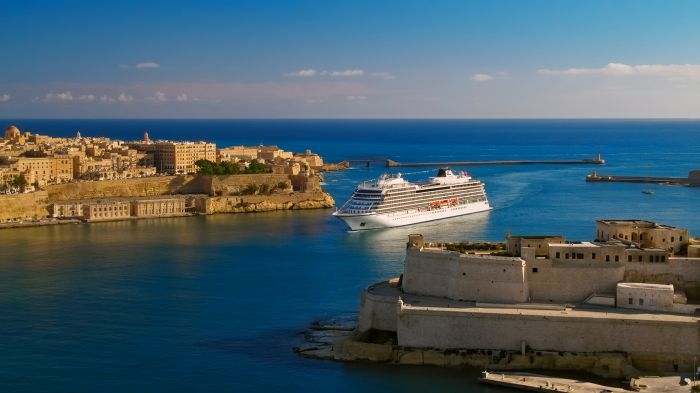 With its capital, Valletta. Malta is an archipelago in the central Mediterranean between Sicily and the North African coast. It’s a nation known for historic sites related to a succession of rulers including the Romans, Moors, Knights of Saint John, as well as the French and British. The Phoenicians, the Carthaginians, the Romans and the Byzantines, all left their traces on the Islands. In 60 A.D. St. Paul was shipwrecked on the island while on his way to Rome and brought Christianity to Malta.  It has numerous fortresses, megalithic temples and the Hal Saflieni Hypogeum, a subterranean complex of halls and burial chambers dating to circa 4000 B.C.

The artistic and cultural lives of the Maltese Islands have been historically injected with the presence of artists such as Caravaggio, Mattia Preti, and Favray who were commissioned by the Knights to embellish churches, palaces, and small inns.

In 1798, Napoleon Bonaparte took over Malta from the Knights on his way to Egypt. The French presence on the islands was short lived, as the English, who were requested by the Maltese to help them against the French, blockaded the islands in 1800.  Modern Malta became a Republic in 1974. Malta joined the European Union in May 2004 and the Eurozone in January of 2008.

But Malta is just one destination of the Welcome Back Voyages that Viking will be sailing beginning in July of 2021. Other destinations on the voyages to Malta are Kalamata, Athens, Greece, Rhodes, Crete, and Santorini. 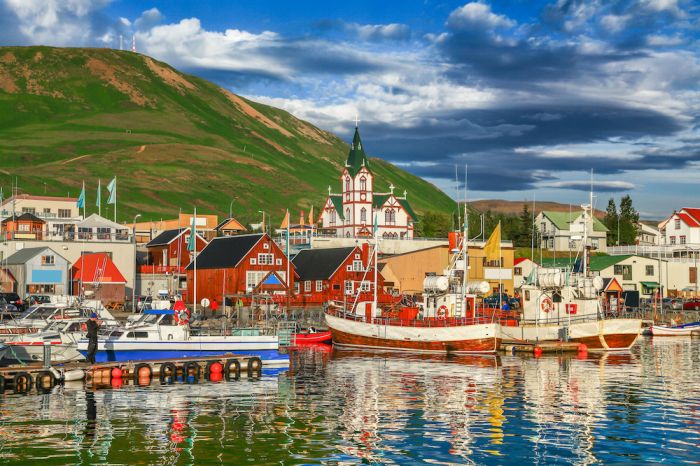 Iceland: A unique destination of the Welcome Back Voyages.

The recorded history of Iceland began with the settlement by Viking explorers and the people they enslaved from the east, particularly Norway and the British Isles, in the late ninth century

The land was settled quickly, mainly by Norwegians, and toward the end of the tenth century, Christianity came to Iceland through the influence of the Norwegian king Olaf Tryggvason.

Iceland is remote, therefore has been spared the ravages of European wars but has been affected by other external events, such as the Black Death and the Protestant Reformation imposed by Denmark. Iceland’s history has also been marked by a number of natural disasters. Geologically, it is also a relatively young island, being formed about 20 million years ago by a series of volcanic eruptions in the Mid-Atlantic Ridge, but it is still growing from fresh volcanic eruptions.

The Welcome Back Voyage takes guests from Reykjavik and back, stopping in multiple towns and cities on the island, among them are  Isafjordur, and the small enclave of Bolungarvík, one of the nation’s oldest fishing villages and home to the Ósvör Maritime Museum. The guests may also see the Dynjandi waterfall.  Akureyri, Iceland’s second largest city, nicknamed the “Capital of the North.” Seydisfjordur — The tiny town has a thriving scene of local arts and a history dating back to early Viking settlements. If the Viking guests wish, they may follow a  walking path from the town center along the banks of the Fjardará River.  They may also visit the Westman Islands (Heimaey), Iceland.  Heimaey is the only populated island in the Westman Islands. The scenery includes volcanic landscapes, moss-covered clifftops and homes with brightly colored rooftops. Each summer, millions of puffins pay a visit also. 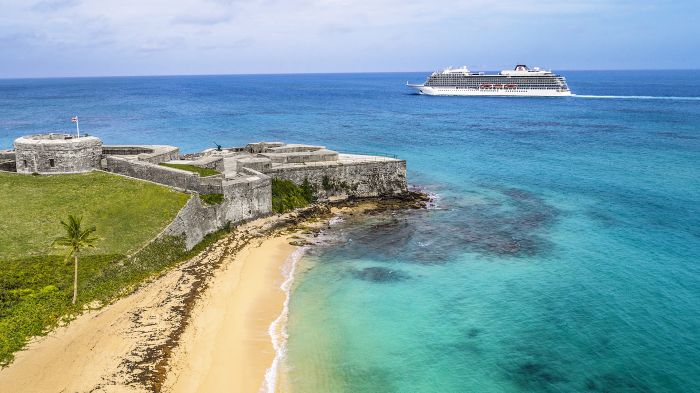 Bermuda: The popular destination of the Welcome Back Voyages.

Bermuda was first settled in 1609 by shipwrecked English colonists headed for the infant English colony of Virginia. The first industry on the islands was fruit and vegetable cultivation to supply these early American colonies. The American Civil War and American Prohibition both added considerably to the island’s wealth with Bermuda forming an important focal point in running the blockades in both cases.

Now, many travel to Bermuda to escape North American winters. Tourism continues to be important to the island’s economy, although international business has surpassed it in recent years, turning Bermuda into a highly successful offshore financial hub.  The Viking ship travels to Hamilton, Bermuda’s capital, St. George’s, the second town and former capital of Bermuda. St. George’s is described as the oldest, continually inhabited English settlement in the new world. It was founded in 1612 and served as the capital of Bermuda until eclipsed by Hamilton in 1815. Kings Wharf, is also a historic area that is visited.

In a note to all the Viking travelers both past and potential, Torstein Hagen, President and CEO of Viking, wisely said that the long winter of COVID is finally coming to an end, as Viking looks forward to a new year of travel, returning or arriving at new destinations.  With these new voyages, travelers can continue their life’s journeys some for the first time, some again, but all with a sense of renewal and excitement.

What You Should Know About Optoelectronics

Brokerage tips for listing your boat for sale

Vendée Globe: Miranda Merron on the highs and lows of her race

The Best Foods to Eat to Strengthen Your Immune System