The future of boatbuilding: a greener approach

Sustainable materials and disruptive trends are needed to shake up the boatbuilding industry and to make the future of boatbuilding greener. Rupert Holmes reports

When enjoying a glorious day on the water it’s easy to assume sailing must be one of the most sustainable activities on the planet. Yet in many respects the marine industry is decades behind other sectors. Most new yachts use tonnes of virgin plastic that can’t be recycled – a staggering 250,000 tonnes of fibreglass is discarded every year in Europe.

By contrast, more than 80% of the material of scrap cars has been required to be recycled since 2006. Perhaps the closest to this circular economy approach in boatbuilding is Vaan, a new Dutch brand, which has just launched its first aluminium 42ft R4 model. The hulls are made from over 60% recycled aluminium material and the whole boat is completely recyclable. 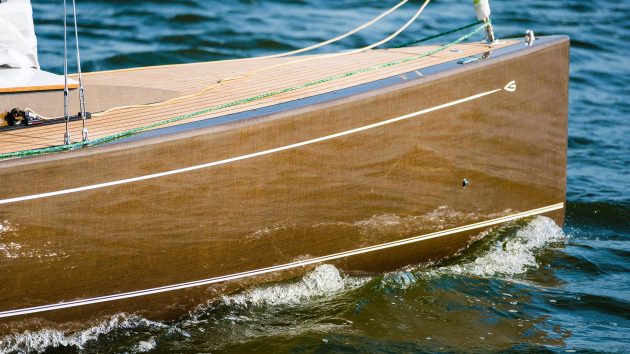 The Greenboats Flax 27 uses woven flax fibres beneath a clear resin for its main structures.

Of course composite structures, especially cored panels, are inherently more difficult to recycle than the stripped-out bodyshell of a car. A notable exception is that of the roto-moulded hulls of small boats – RS Sailing, for instance, uses a polyethylene material for this purpose, which is easy to recycle.

Fortunately, manufacturers of raw materials such as resin and structural fibres are investing huge amounts in developing more sustainable options. Those building boats using these developing materials tend to be innovative smaller businesses.

But Baltic Yachts has also used flax fibres in a number of projects, including for much of the lay-up of the recently launched 68ft Baltic Café Racer. 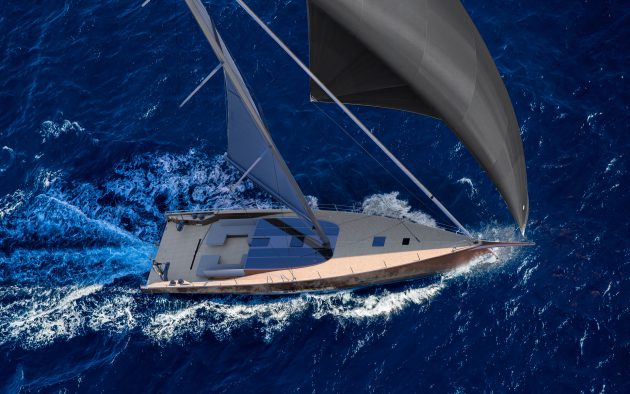 This use of natural materials and pairing them with bio-resins (generally made using by-products from growing sugar cane) is a big step forward. The carbon emissions required to produce the fibres are dramatically reduced, while the resins are less noxious than standard polyester, vinylesters or epoxies.

Basalt fibre also offers excellent potential: this volcanic rock can be crushed, then heated to very high temperatures and extruded through microscopic nozzles to form continuous structural fibres that are stronger than steel.

Despite the high temperatures involved the process is a simple one. It uses a single raw material and only 5kWh of power is needed to produce each kilogramme of finished fibre – which makes it more sustainable than glassfibre.

This is the favoured material of Les Sables d’Olonne based Innovation Yachts, which has already produced a 91ft superyacht, an IMOCA 60-style vessel aimed at breaking round the world records, and the world’s first recyclable solar-electric boat built from composite materials, the LBV35 catamaran.

Windelo, a new multihull yard in the south of France, has produced its first 50ft and 54ft catamarans using a composite sandwich of basalt fibre and PET foam, the latter made from recycled plastic bottles.

It says that, compared to traditional glassfibre methods, this reduces carbon emissions by nearly 50%. Neel Trimarans is also experimenting with many fibre materials such as basalt and linen/flax combinations, bio-resins and PET cores, and is already incorporating these materials in non structural parts of its production yachts.

Green Boats founder Friedrich Deimann points out that reducing the amount of material used is also a critical element of sustainable manufacture. Green Boats is helping the IMOCA 60 class to produce the many small components these boats use in a more sustainable manner.

The transom escape hatch for 11th Hour Racing’s new boat, for instance, is made of flax and bio-resin. More time spent on structural engineering means it meets the same structural criteria as carbon hatches, yet is 20% lighter. Equally, the RS Aero dinghy weighs roughly the same as an Optimist, making it 50% lighter than many single-handers of its size. 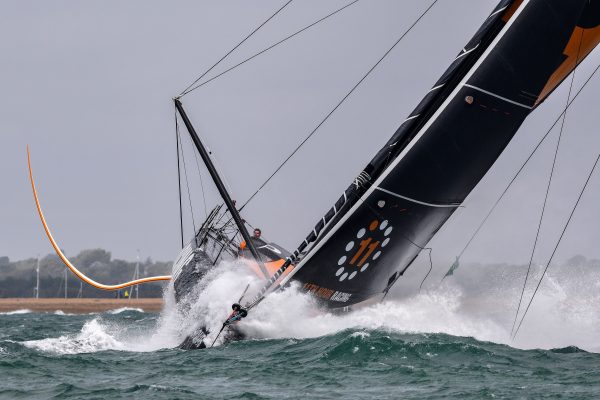 Using half the quantity of material halves the greenhouse gas emissions associated with raw materials, but can be difficult to achieve. Vacuum-bagging has been used to optimise resin use for more than 25 years, to create stiffer, stronger, and lighter structures, but the excess resin is effectively wasted once mixed, and it requires vast amounts of single-use plastic.

For smaller components Green Boats gets around this with a panel press which does the same task with vastly reduced waste. Dutch company Curveworks uses adaptive moulds to create cored composite structures that can be ‘stitched’ together into a larger hull. 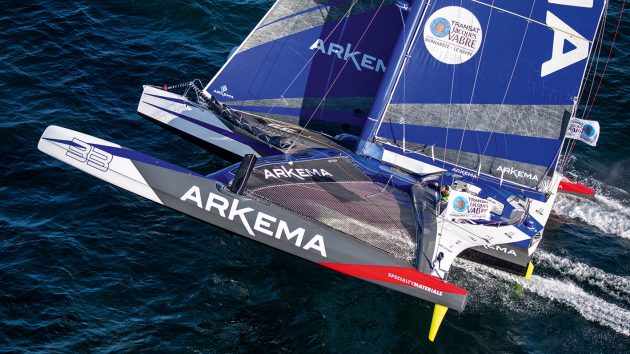 The fundamental problem with resins currently used in boatbuilding, is that it’s impossible to separate them from the structural fibres, which makes it so difficult to recycle. Usually the only viable option is to grind up the composite material to use as a filler in concrete.

French company Arkema has developed a thermoplastic resin called Elium that can be used in much the same way as conventional boatbuilding resins, yet can be fully recovered at the end of its life and used to produce fresh material with identical properties to the virgin resin.

The process also allows the salvaged structural fibres to be reused – important for carbon fibre which requires a huge energy input to create virgin fibre.

A further advantage of Elium is that, unlike conventional boatbuilding resins, thermoplastics can be melted in a controlled fashion that allows elements to be welded together.

Isle of Man-based Exo Technologies has developed a patented material called DANU. This can also be recycled at the end of life and the company calls it a ‘circular composite material’. It’s a combination of styrene-free resin and sustainable fibres that’s stronger and lighter than fibreglass, yet less brittle than carbon fibre. Exo Tech’s subsidiary Ultimate Boats has plans for an offshore 32ft raceboat that would use DANU composite. 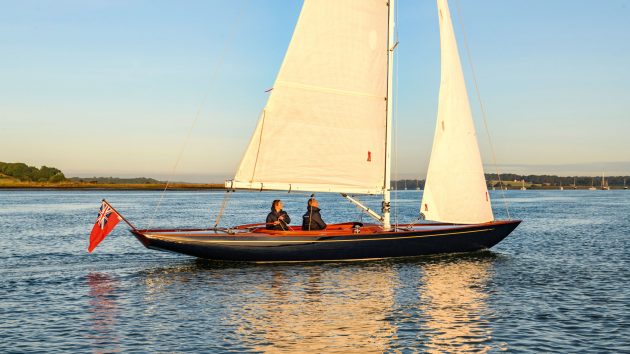 The Spirit 30 is Spirit Yacht’s most sustainable yet: a combination of exemplary workmanship and eco construction

An older technology also deserves mention in this context – cold moulded or strip planked construction where layers of timber are glued together with the grain running at different angles, creating a light and stiff structure.

It’s been a popular construction method for low production run yachts for almost 40 years and is how Spirit Yachts continues to build. When combined with bio-resins, this can be a low carbon, sustainable way of producing a boat.

Explore the Outdoors on the Island of Hawai‘i

A Celebration Of The Urban Present Through Art And Design

India is launching a digital rupee like the digital yuan