Power lines are seen on Feb. 16 in Houston. The Texas Public Utility Commission has declined to reverse $16 billion in charges from the worst of February’s winter storm. 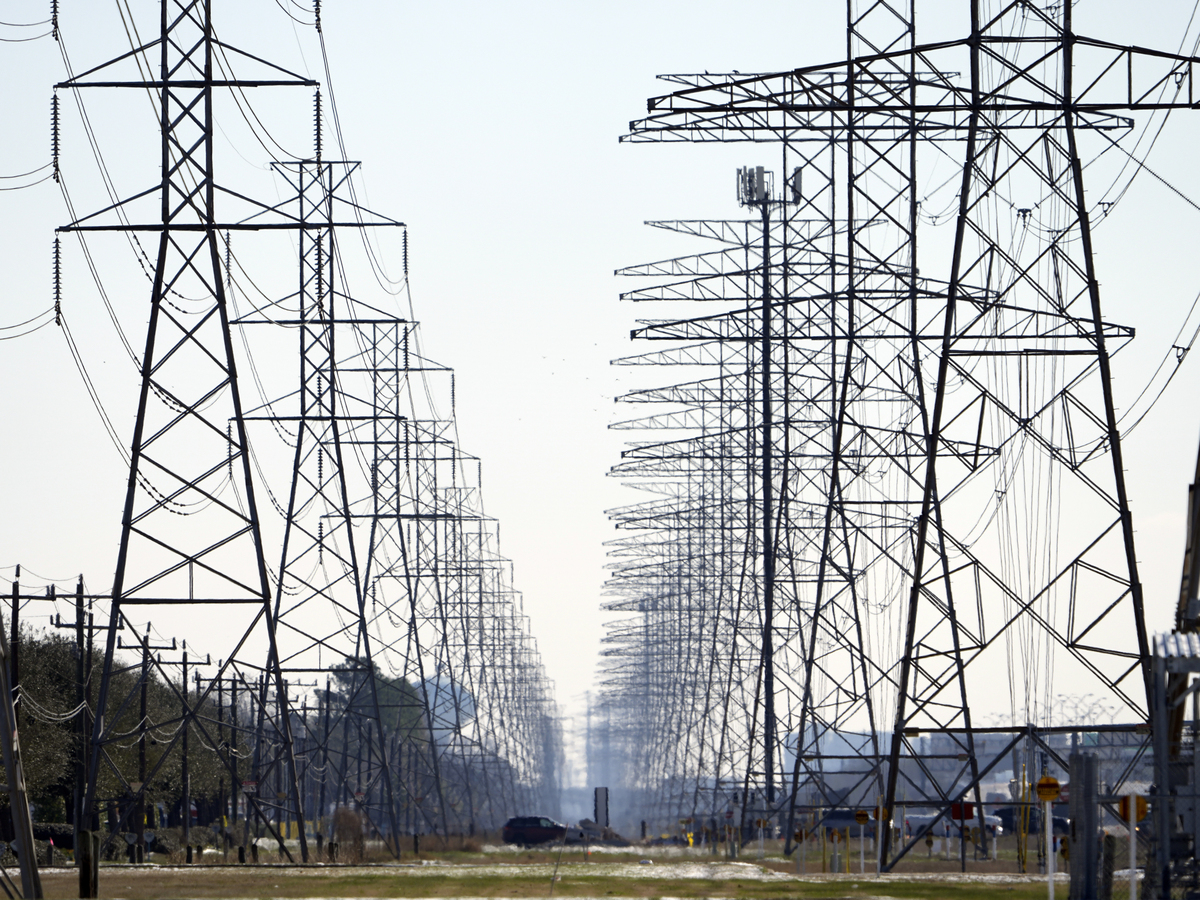 Power lines are seen on Feb. 16 in Houston. The Texas Public Utility Commission has declined to reverse $16 billion in charges from the worst of February’s winter storm.

That’s because for a period of 32 hours during the deepest freeze of February’s winter storm, power companies were paying $9 per kilowatt-hour for the electricity — about 75 times higher than the state’s average winter costs. Companies passed those costs on to consumers.

Texans facing those unexpected bills were hoping that Texas’ utility regulator would retroactively reduce the electricity market prices. But on Friday, the state’s Public Utility Commission chose to let the charges stand.

It might seem like retroactively reducing the charges would be good for consumers, said Texas PUC Chairman Arthur D’Andrea during Friday’s public meeting. But, he argued, that reflects a “simplistic” view of how Texas power markets work.

“We just see the tip of the iceberg,” D’Andrea said. “You don’t know who you’re hurting. You think you’re protecting the consumer and turns out you’re bankrupting a co-op or a city. And so it’s dangerous, after something is run, to go around and redo it.”

The PUC itself had authorized the wholesale price increase, hoping it would spur power companies to generate more electricity. But according to the state’s independent market monitor, prices were kept high for much longer than necessary.

The monitor, Potomac Economics, had urged the PUC to retroactively change prices for 32 hours around Feb. 18 and 19. Potomac Economics calculated that the inflated electricity rate during that time period led to $16 billion in additional charges.

But D’Andrea and the other PUC commissioner were reluctant to retroactively tamper with the pricing. “Decisions were made about these prices in real time based on information that was available to everybody, to all market participants,” D’Andrea said. “And they did all sorts of things that they wouldn’t have done if the prices were different. And it’s just nearly impossible to unscramble this sort of egg.

“And the results of going down this path are unknowable,” he added. “I know, on the surface, it looks like — oh no, it’s just money that generators got, and if you reverse it, it will go to the consumers. But that is very simplistic, and it’s not how it works.”

Potomac Economics Vice President Carrie Bivens told NPR she continues to be concerned about certain market outcomes that came out of February’s storm. “The commission faced a difficult decision with the potential for unintended consequences in either direction,” she said.

The state’s electric companies have said they would work with consumers to set up payment plans. But so far, customers have had little luck getting the charges dropped.

One woman who faced a $9,340 bill has filed a class action lawsuit to recover $1 billion in monetary relief from Griddy, an electric company in the state. And Texas Attorney General Ken Paxton is suing the company for deceptive practices — specifically, for promising Texans cheap “wholesale” prices when it knew that energy costs could increase during high demand.

Griddy did not immediately respond to a request for comment. On its web site, the company said it didn’t make the choice to raise prices. The Texas PUC “mandated the maximum price for days — a decision they made to take the price out of the hands of the market,” Griddy wrote.

Today in History for November 29th

Manhattan Couple Ditch Apartment, Buy RV. Was It Worth It?

California gun ruling: A federal judge, who compares an AR-15 to a Swiss Army knife, overturns ban on assault weapons