Netherlands shipyard Royal Huisman has successfully launched the 58.5m/192ft superyacht PHI from its facilities in Vollenhove. 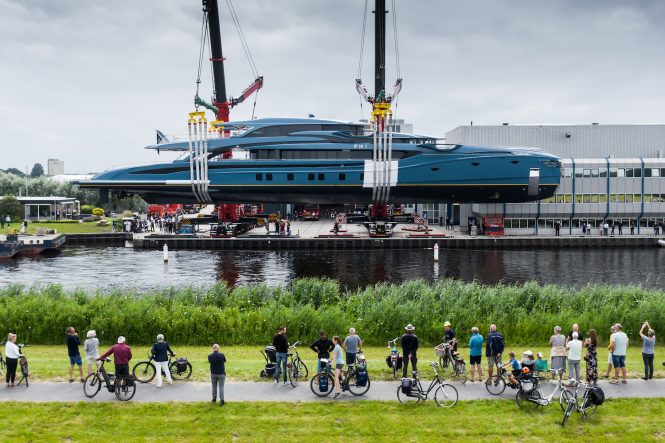 The fine hull lines of luxury yacht PHI make her a highly fuel-efficient vessel when combined with her low profile, which is considered a challenging prospect for both engineering and construction. For this reason alone, the experience that the Royal Huisman shipyard has accumulated over the years in creating award-winning sailing superyachts has been indispensable ensuring the build proceeded smoothly. 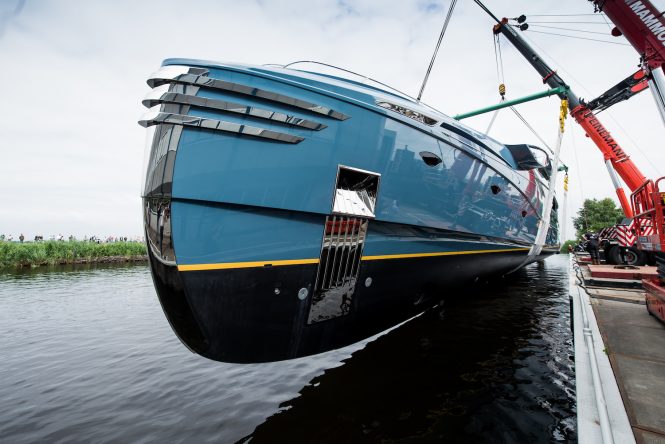 Critically acclaimed yacht designer Cor D. Rover shaped M/Y PHI both inside and out, having many in-depth conversations with the Owner over a period of years and applying the ‘Golden Ratio’ for natural proportions. 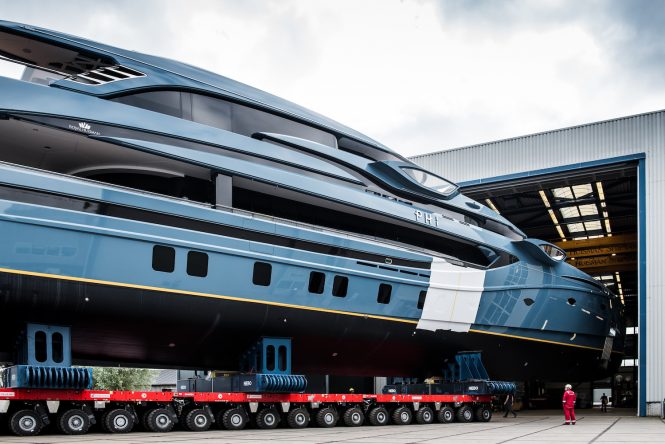 Based on current classification rules, M/Y PHI is the longest motor yacht with a volume under 500 GT. The naval architecture comes from Van Oossanen Naval Architects, while the as-yet to be revealed interiors are by London-based design studio Lawson Robb. The decks have three distinct themes: Galaxy, the surface and the underwater world. 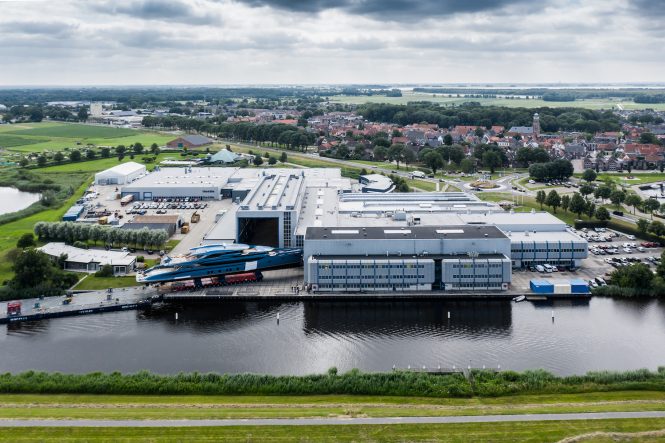 The accommodation sleeps a total of 12 guests and a crew of 11, and there is a speed of approximately 22 knots for making good time while cruising popular charter grounds.

M/Y PHI will be delivered later in 2021 and will be accompanied by a 36m/118ft shadow vessel from the same designers and constructed at Alia Yachts.

Four Seasons Hotel San Francisco at Embarcadero Rises Above it All

Westabout round the world record attempts on rocks off Cape Horn

The ultimate foiling machine? Onboard SVR-Lazartigue