Best known in winter for its ski resorts, Aosta Valley, the smallest region in Italy is also home to rich natural heritage of rare beauty, including protected areas, sites belonging to the Natura 2000 ecological network and mountain botanical gardens. The region encompasses a total of 10 nature reserves including wetlands, areas populated by butterflies, migratory birds and many other wonders of nature. 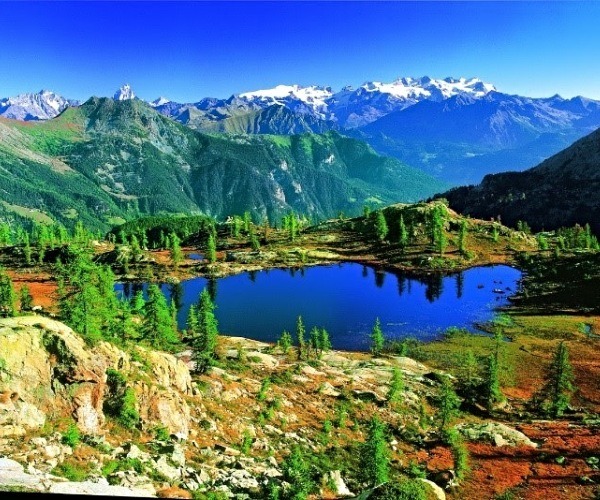 With almost a third of the region’s territory protected to preserve its particular biodiversity and landscapes, the possibilities of enjoying the great outdoors are aplenty – these are some of our top picks:

Gran Paradise National Park is the first and oldest Italian national park, home to 59 glaciers, covering 70,000 hectares (173,000 acres), between 800 meters above sea level at the bottom of the valley and 4,061 meters to the summit of Gran Paradiso. In the woods at the bottom of the valley, you’ll find pines, firs, larches and white firs. As you climb, the trees give way to alpine meadows, very flowered in spring, then to mountains and glaciers. The rich fauna of the park includes many alpine species and it is rare to hike without encountering animals. The ibex, symbol of the park, of a fairly confident nature, is often found in the pastures. The chamois is common, however it is more fearful and difficult to observe whilst another resident, the groundhog is everywhere.

The park’s history is linked to the protection of the ibex; in 1856, King Victor Emmanuel II declared these mountains a Royal Hunting Reserve, to save the ibex threatened with extinction. He had also created a specialized guardhouse and had wildlife corridors and hiking trails built. In 1920, the king donated the reserve to the Italian state for the creation of a national park. It was then in 1922 that the Gran Paradiso National Park was created.

Created in 1989 to preserve the resources of the upper valley of the Chalamy torrent (Champdepraz) and covering 5,747 hectares (14,200 acres) adjoining the Gran Paradiso National Park, Mont Avic Regional Park has been declared a Site of Community Importance and Special Protection Area. The Parc du Mont Avic is characterized by a spectacular setting and an environment almost not modified by man. The forests of Val Chalamy offer visitors a spectacle of rare beauty; whilst the upper valley of Champorcher boasts vast meadows home to ibex, chamois and marmots. In this area, visitors can appreciate interesting natural features such as the geological formations and the typical endemic flora, the largest regional forest of hooked pines as well as dozens of ponds, bodies of water and bogs, the most common alpine animals and a wide variety of insects. 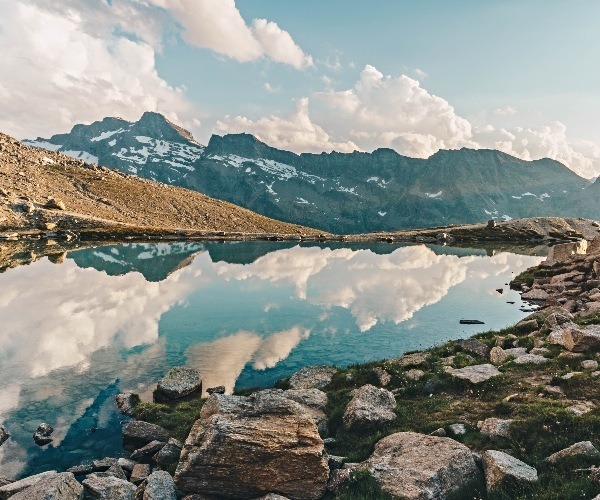 One of Aosta Valley’s four botanical gardens, Saussurea is also one of the world’s highest natural gardens. It covers an area of 6,500 square meters and is home to a myriad of alpine plants from mountain chains around the world. The more than 900 species are displayed in rockeries, and divided up on the basis of geographical origin and high-altitude natural environments. Flowering usually begins in July and lasts until the end of September. The garden is open from the end of June to the end of September and it is accessible by cable car or by foot; about 2 hours walk from La Palud (difference in altitude 803 m). Saussurea gets its name from the Saussurea alpina flower, named in honour of the Geneva-born scientist Horace Benedict de Saussure who, among other things, promoted the first ascent of Mont Blanc in 1786.

The smallest region of Italy located in the Northwest of the country; Aosta Valley boasts spectacular scenery, world-class skiing and snowboarding, food of the highest quality and a history stretching back to Roman times. At the heart of the alps and bordered by France and Switzerland, Aosta Valley is surrounded by some of the highest peaks in Europe: Cervino, Monte Rosa, Gran Paradiso and the king of them all, Mont Blanc, which at 15,781 feet is the highest mountain in Europe, the roof of the old Continent. With Turin, Milan and Geneva airports all within easy reach, the Aosta Valley resorts are among the easiest to get to from the UK making it an ideal destination for a weekend or short break.

Round the Island Race 2021: How to follow – a spectator’s guide

Calls for sanctions to prevent illegal teak entering the UK

UK cruisers can now enter France through any port

Easy Cars to Maintain and Repair