People Share When They Realized Life Was Changing : NPR

Empty shelves at a Target in Burbank, Calif., on March 14, 2020. Many people across the U.S. are approaching the one-year anniversary of the moment they went into lockdown and realized life as they knew had changed. 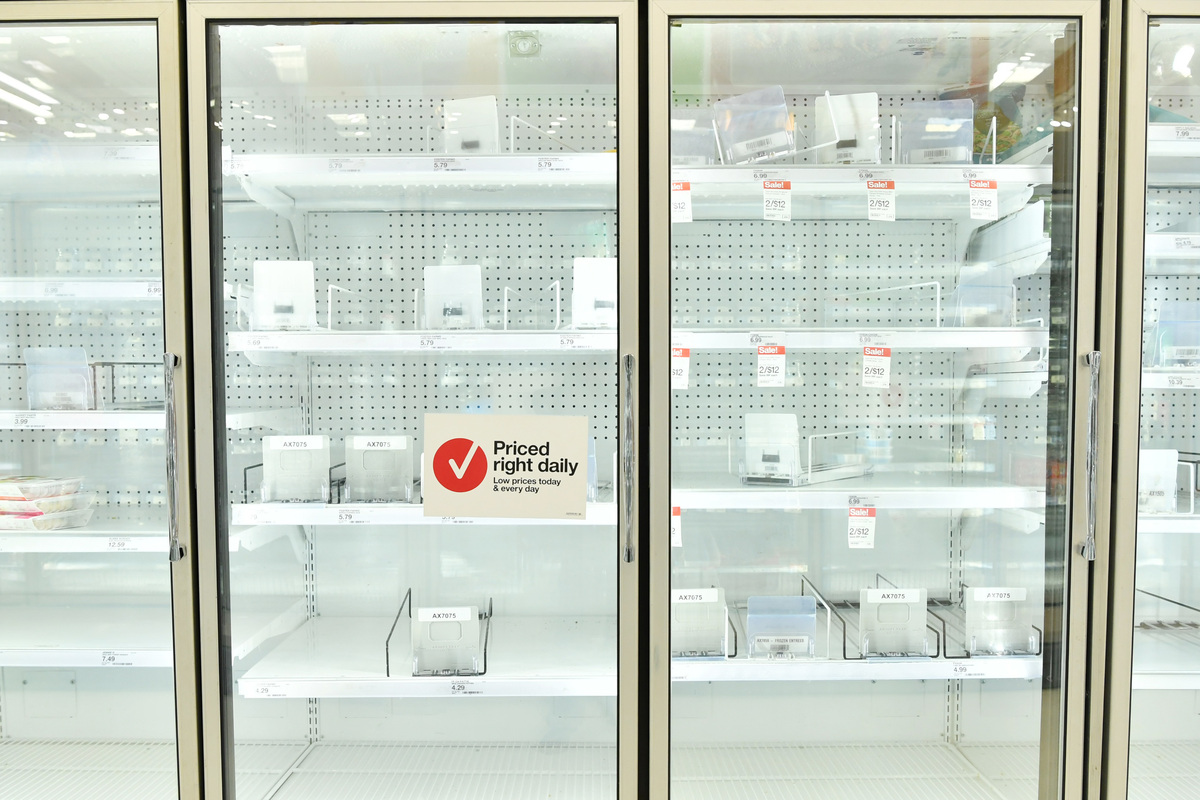 Empty shelves at a Target in Burbank, Calif., on March 14, 2020. Many people across the U.S. are approaching the one-year anniversary of the moment they went into lockdown and realized life as they knew had changed.

It’s been nearly a year since much of the U.S. entered coronavirus-related lockdowns. For many people, they’re approaching the anniversary of when they realized that life as they knew it was being fundamentally altered from how it had been a month, a week or even a day earlier.

The work-from-home era began. Bare grocery store shelves, empty subway cars, the absence of rush-hour traffic all seemed like post-apocalyptic scenes. Things that people often took for granted — like hugs, seeing friends at birthday parties, dinners out together and midday coffee runs with colleagues — were no longer considered safe and harmless as they had been before.

Professional sports leagues cancelled or postponed entire seasons, and celebrities like Tom Hanks and Rita Wilson announced they had tested positive for the coronavirus.

Around the world there was still so much unknown about the coronavirus and so much uncertainty about how life would look in two weeks — let alone one year later.

As we approach the anniversary of the World Health Organization officially declaring the coronavirus outbreak a global pandemic, NPR Weekend Edition host Lulu Garcia-Navarro asked her Twitter followers to use #TheMoment to share when they realized that things were going to be different — where they were and what they were thinking when they realized that a shift was happening.

Thousands of responses poured in. We’ve collected some of those replies and are sharing them below. To share your memory from a year ago, use the hashtag #TheMoment on Twitter or email us at nprcrowdsource@npr.org with the words “The Moment” in the subject line.

For many people, the moment they realized they were entering pandemic life happened in the aisles of their grocery store, as they stocked up on non-perishable food, or found complete sections wiped out. Did you cook those dried beans? Try, and fail, to find hand sanitizer and toilet paper?

March 14 going to get groceries & seeing this in the meat case. It was relatively early in the day & I couldn’t believe how bare the shelves were. I remember talking with a young woman at the customer service desk & her saying it was busier than any holiday she had ever worked. pic.twitter.com/2iyhU9u2H5

I went to Target sometime in the first week of March, and every shelf that had held bleach, sanitizing cleaner, and spray was empty. That was the moment I felt my stomach drop and panic start to set in.

March 11 2020 was my last day in the office before remote work began. I was 11 weeks pregnant. We did a huge grocery haul the next day…store was packed. While in the produce section, I took this picture because according to our pregnancy app, our baby was the size of a lime. pic.twitter.com/m50c8O4xf8

Childcare and the blur between work and home life represented the moment for countless others. Many people shared stories of their kids coming home from school, daycare and college for what was supposed to be two weeks and ended up being many months instead.

#themoment when my son’s daycare announced they were closing indefinitely after spring break 2020. He was 8 months old. I knew then my career as a profesor would never be the same. https://t.co/2z0HetchKc

Live events, including sports and music, were where some people realized that their lives were changing and they wouldn’t be able to be back in that setting for a long while.

My wife and I went to a packed college basketball game on March 8th, it felt so eerie to be there with so many people. The next day NCAA cancelled the season and the campus was close pic.twitter.com/Pid3ZxU9Ru

I was on a ski trip at @bigskyresort and saw the news that the NBA season was being suspended. Shortly after, the resort announced it was shutting down at the end of the weekend. #TheMoment occurred on that last beautiful day on the slopes before flying home into the unknown

For others, small gatherings with their friends and family were the last “normal” moments they had. Some people didn’t go through with their events as planned, but instead began what would become a trend: household-only events or socially-distanced hang outs.

Pi Day. We always have a pi day party (March 14) and one of the friends we invited suggested that maybe, according to his information, gathering in a group right now was not advisable. I debated a bit but then cancelled the party. (We still ate pie, though.)

A year and a day ago I took Lucy to a daddy/daughter dance. It was apparent by then we were in for something different. But when a local doctor told me that that night that it was overblown and we’d be fine in the Midwest? I knew we were in trouble. His denial was #TheMoment pic.twitter.com/83B9TlcFc3

Doctors also shared when they realized that the task before them and the volume of patients they were about to see was dramatically changing.

Saw patient with fever, shortness of breath, cough. Paged infectious disease for permission to test for COVID, at that time limited to those with recent travel from China. “We know it’s in the community now,” I said. Allowed to swab for flu, hold for COVID test if flu (-)

I treated my first COVID patient in early March in New York City then pulled my kids out of school a week BEFORE they closed schools. I never seen patients crash so quickly. They were so sick. I respected the virus when it shutdown Italy the month prior. #TheMoment