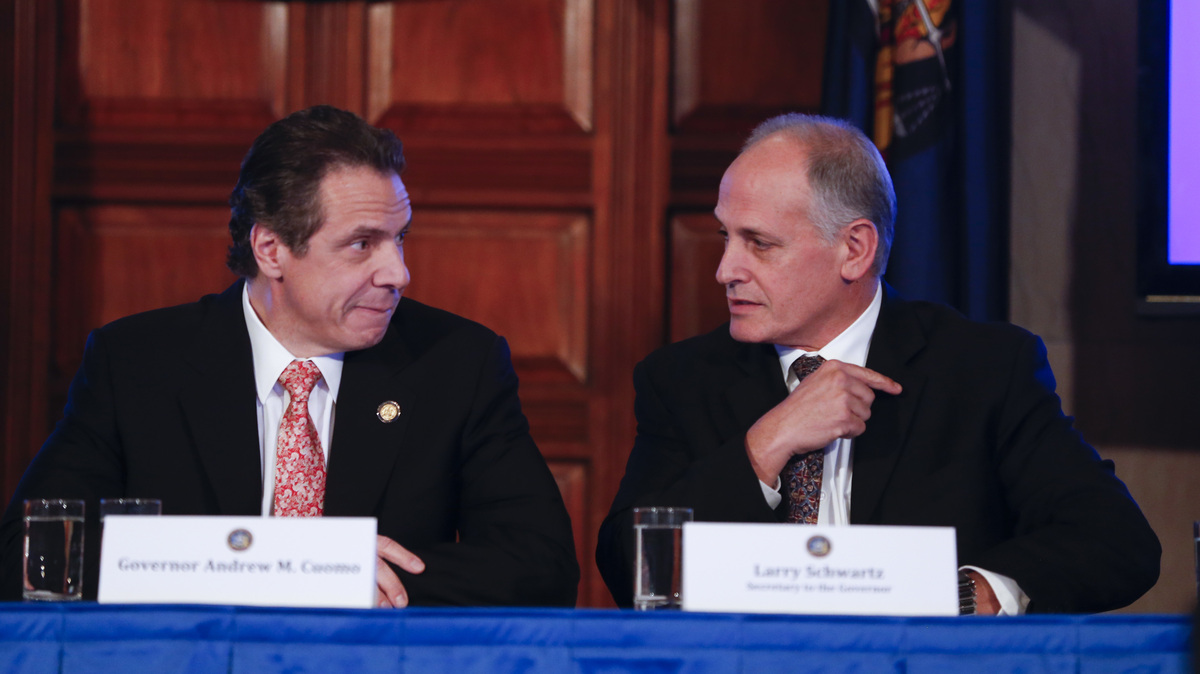 A longtime aide to New York Gov. Andrew Cuomo, who now runs the state’s COVID-19 vaccine distribution, recently made calls to county officials in New York to suss out their loyalty to the governor.

Gov. Cuomo has faced increased scrutiny and calls to resign over allegations that he sexually harassed multiple women and that his administration mismanaged COVID-19 data in nursing homes.

Local officials in New York who spoke to NPR viewed the calls from Cuomo administration “vaccine czar” Larry Schwartz as an implicit threat — voice displeasure with the governor and the vaccine valve for their county would be turned off.

“I’m afraid of that man,” one local official said. “Why in God’s name would that man have called? People were terrified.”

Multiple county officials spoke to NPR on the condition of anonymity over fears of retaliation from the governor’s office.

One county official said that during regular conference calls with more than 100 county officials and staff, Schwartz would routinely refer to the vaccine as his own: “If I have extra vaccine.” If there were extra doses available and executives wanted access to them, this official told NPR that Schwartz would say: “Send me an email and I’ll consider it.”

“Were any laws broken? No,” one source told NPR. But when a county official tasked with public health during a pandemic receives a call like that from the individual who controls their access to the vaccine, “How are they supposed to feel? The inference is there. I control the destiny,” he said, referring to Schwartz.

Marc Molinaro, president of the New York State County Executives Association, said after receiving the calls, three to four executives contacted him or his staff with a heightened sense of alarm and to express their concern and disgust.

“That these calls would be made at all was troubling — that they were made by the individual responsible for really, with a great deal of discretion [over] distribution of vaccines, was extremely disturbing to them,” he said.

The phone calls, multiple sources close to the matter told NPR, crossed a line, and placed pressure on county executives tasked with public health who were eager to distribute vaccines quickly, all while avoiding politics.

This kind of rough and threatening pressure from Albany isn’t new, said one of the officials.

It’s been happening throughout the pandemic, the source said. When one county decided to close schools just one week before the state did, or another county wanted to close day care centers, they’d get calls from the second floor — the shorthand name for the governor’s floor at the state Capitol — and were told, “You can’t do that.”

And how the supply of vaccine to counties was determined by the state, one county official said, was far from transparent.

The governor’s office did not immediately respond to a request for comment about vaccine transparency and communications over school and day care closings.

But in an emailed statement, Beth Garvey, acting counsel to the governor, told NPR that Larry Schwartz has worked night and day through the pandemic. “Any suggestion that he acted in any way unethically or in any way other than in the best interest of the New Yorkers that he selflessly served is patently false.”

Schwartz is a longtime friend of Cuomo who served as secretary to the governor between 2011 and 2015. He rejoined the administration in March of 2020, running much of New York’s coronavirus response.

Schwartz is serving as a volunteer. But one county official found it troubling that power would rest in the hands of a volunteer and not someone who works for the people of New York.

Molinaro says Democratic and Republican county leaders have tried to stay out of the political fray and instead to focus on vaccine distribution.

“And so having it tarnished, having it influenced, or having their credibility undermined in any way,” he says, “is very disheartening to a group of people who really felt this was the moment that we would have to really rise to an occasion and accomplish an important goal.”