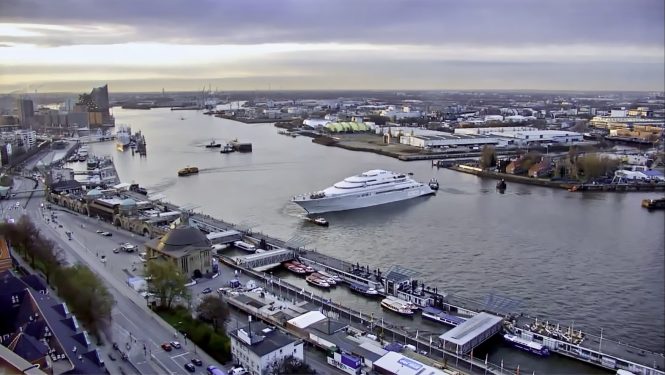 She is believed to be a replacement for the same-sized mega yacht PROJECT SASSI, which was destroyed in a fire at the shipyard in 2018. Few details have been released regarding the amenities onboard, however, official pictures reveal a Jacuzzi on the sundeck and a swimming pool on the main deck aft. Spanning seven decks, there is ample room on board for accommodating a number of guests onboard, plus cutting edge entertainment systems and amenities, and storage for a range of water toys. 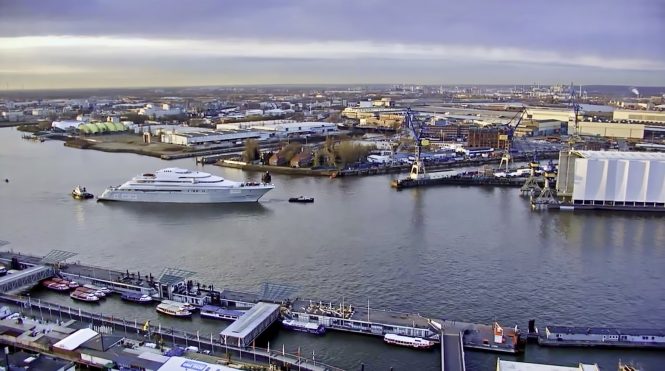 Launched from the docks in Hamburg, M/Y PROJECT OPERA will now head to the Lürssen outfitting facilities where work will continue for her scheduled delivery in 2022. The shipyard is also currently working on several other luxury yachts, the largest being 158m/518ft luxury yacht PROJECT BLUE, as well as luxury yacht PROJECT 1601 which is expected to launch later in 2021. 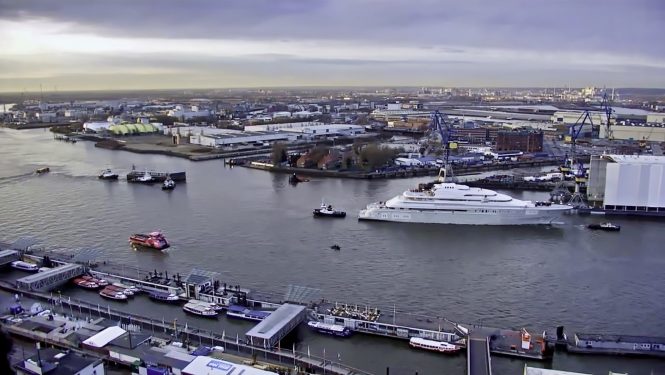