An ambulance drives on Oltorf Street in the Travis Heights neighborhood of South Austin on Tuesday. 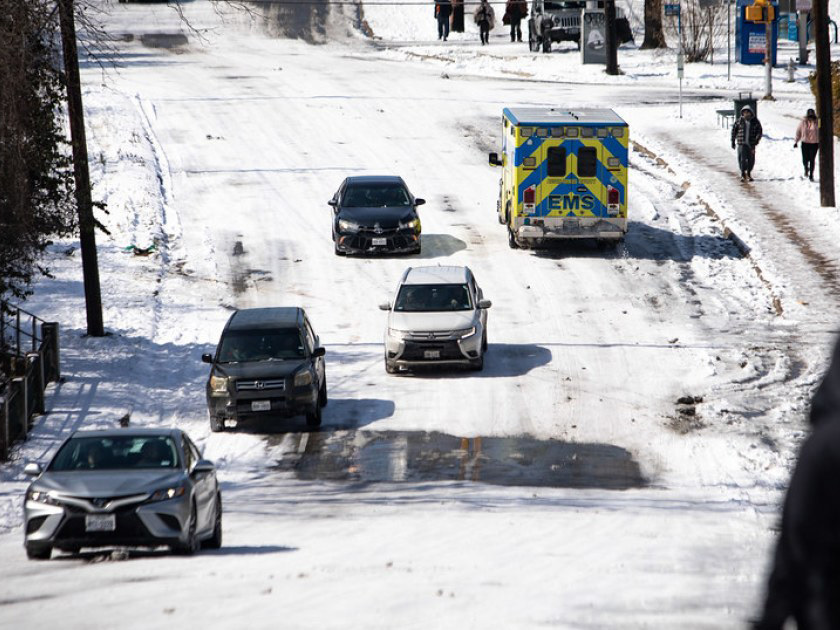 An ambulance drives on Oltorf Street in the Travis Heights neighborhood of South Austin on Tuesday.

Local hospitals are being affected by widespread water issues in the Austin area, following severe weather this week.

“Water feeds the facility’s boiler, so as a result, it is also losing heat,” David Huffstutler, CEO of St. David’s HealthCare, said in a statement.

Huffstutler said the hospital is working with city officials to fix the situation. In the meantime, hospital and city officials are finding transportation to get patients “who are medically able to be discharged home safely.”

Other patients are being sent to hospitals that have capacity. St. David’s South Austin Medical Center currently has just under 300 patients, officials said.

“Because this is a state-wide emergency situation that is also impacting other hospitals within the Austin area,” Huffstutler said, “no one hospital currently has the capacity to accept transport of a large number of patients.”

St. David’s is passing out water bottles and jugs to patients and employees to drink and wash their hands. It is figuring out a way to get portable toilets, officials said.

“Through our national partner, HCA Healthcare, we are able to secure and source food, linens, medication and supplies needed to care for and serve our patients,” Huffstutler said.

Employees who are currently scheduled to work are being asked to stay in the hospital.

Seton hospitals in the area are also facing water problems.

A spokesperson for Ascension Seton said in a statement that “extreme weather conditions have caused intermittent water issues at several Ascension Seton” facilities.

In a letter obtained by KUT, patients and families at Dell Children’s are being asked to not take showers and use hand sanitizer to clean their hands. They were also told the toilets can’t flush ,and staff are changing linens only as needed.

“We anticipate the temperature in the building will be more difficult to maintain as the temperature drops,” the letter said. “We do have a limited supply of fleece blankets available.”

A spokesperson for Ascension Seton said staff is working to fix issues across their network of hospitals in the area.

St. David’s officials also announced they are “canceling all non-emergent procedures” for the time being.

Why Is Texas Experiencing Power Outages?