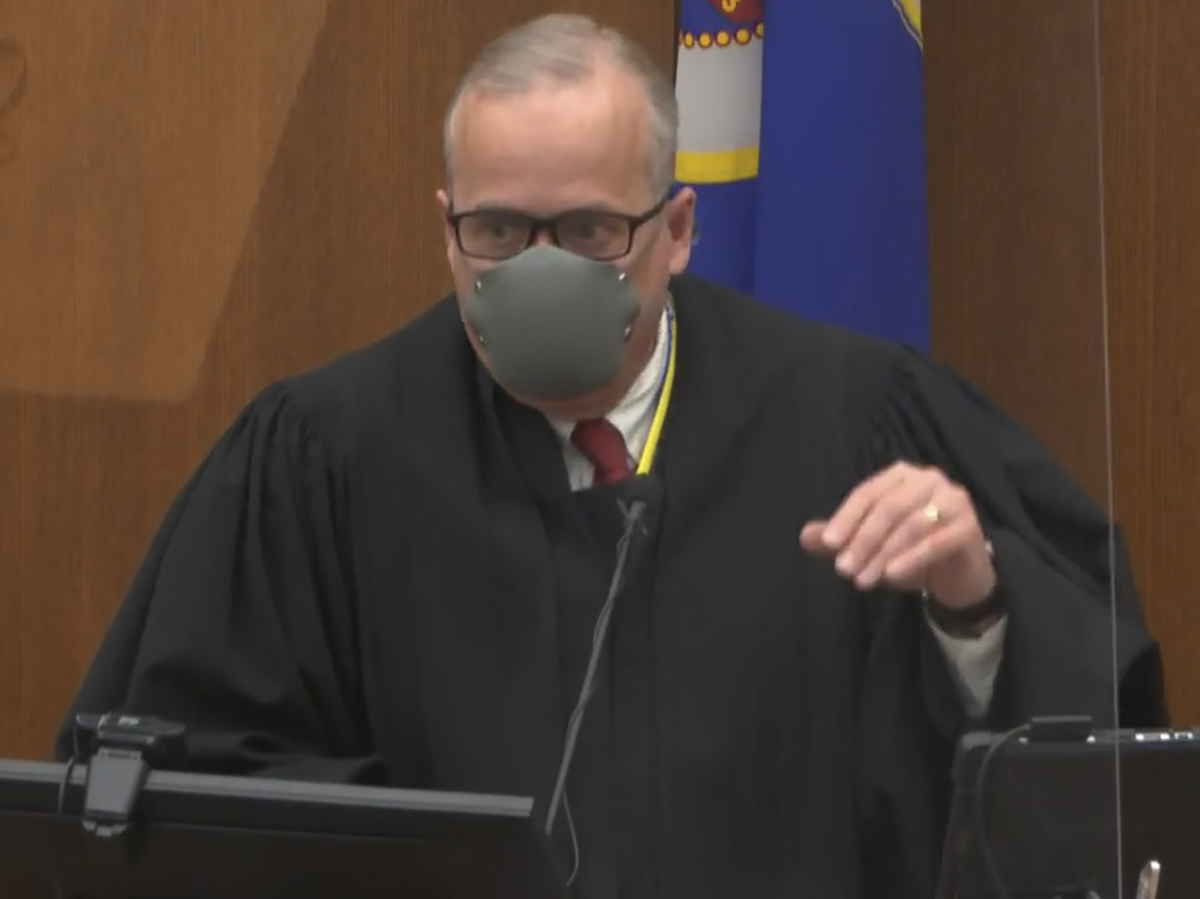 On the second day of former Minneapolis police officer Derek Chauvin’s murder trial, the judge considered a motion about the testimony of minors — including a witness whose video of the killing of George Floyd was seen around the world.

Hennepin County District Judge Peter Cahill was asked to determine whether the court would permit broadcast of people who were minors when they witnessed the incident. The high-profile criminal trial is the first in Minnesota history to be televised.

The hearing centered on at least four persons who will not be on video and whose full names will be kept confidential during their testimony.

The judge agreed with Leita Walker, the attorney representing the media coalition covering the trial, that the First Amendment allows for press to decide whether to publish names of the witnesses who are minors. He said that in court, their first names could be used by others testifying.

A key eyewitness in the case, referred in court today as Darnella , was 17 when she took the bystander video with a mobile phone. The footage showed Chauvin kneeling on the neck of Floyd, who was prone and handcuffed for nearly nine minutes. Floyd was also still handcuffed on the stretcher when paramedics came to the scene.

Chauvin is charged with second and third-degree murder, and second-degree manslaughter.

Witness testimony resumed at 9:15 a.m. local time, including testimony by eyewitness Donald Williams, a pro martial arts fighter. He said he called 911, “to call the police on the police,” after the officers at the scene didn’t respond to his shouting and swearing for Chauvin to take his knee off Floyd’s neck.

From the stand, Williams has described a variety of choke holds, including what he called a “blood choke” used on Floyd.