Fans of KTLA’s weekend news team Lynette Romero and Mark Mester are fuming at the Los Angeles CW affiliate’s decision to boot both in short succession, with many calling for a boycott.

The drama began on Sept. 14 when KTLA announced that Romero had left after 24 years with the station to “pursue another opportunity.” Mester later paid tribute to his co-anchor on-air, while simultaneously protesting the move and apologizing to Romero for the way the general manager, Janene Drafs treated her. He was subsequently suspended and then fired.

Viewers were not pleased about losing tow of their favorite local newscasters and took to social media with profanity-laced rants against the station.

“Wait a f—ing minute.@ktla suspended @mester_mark?!?! Y’all can f— all the way off for how you treated Lynette & her departure. Mark was 100% in the right. It’s like you guys are begging to lose all your viewers with this kind of behavior,” wrote Twitter user Rox. 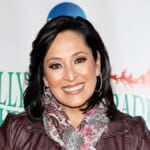 Another tweeted, “F— you @KTLA for firing @mester_mark for his remarks regarding @LynetteRomero. You should be encouraging that kind of friendship amongst coworkers.”

Another person wrote on Thursday night, “You had been a pillar of the community for 75 years, KTLA. But now more than ever we believe you need a refresher course, a reminder of what being family truly means to you. Because this ain’t it. #BoycottKTLA“

“I had @KTLA on whether or not I was watching. You were my ‘to g’ channel for decades. Lynette’s departure was still unclear but firing @mester_mark is unforgivable,” shared another viewer.

After the LA Times cited a report that Romero had been hired by KNBC, NBC’s Los Angeles station, a Twitter user named Eveke tweeted, “Congratulations on hiring @LynetteRomero. You’ve acquired a very well loved and respected anchor woman! Now you guys need to hire @mester_mark, and have him join your team! Show @KTLA how to value employees that are well respected that people enjoy watching on TV.” 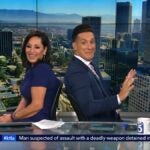 Hailey Bieber Opens Up About Body And Looks Comparisons

Amanda Kloots Gets COVID-19 Vaccine and Defends Herself From Critics