The Grand Egyptian Museum is set to open in 2021 and, according to its website, it will be one of the world’s “biggest, most modern, and most famous museums.” It is also expected to attract roughly 15,000 visitors per day, which is three times the current number of visits to the Tahrir Square museum.

The founder and CEO of Destinations and Adventures International, Jim Berkeley, is changing his company’s itineraries to account for the new museum’s massive size. “Everyone will have to recast their touring program in Cairo,” he predicts. “Previously, two full days of travelling were required, one for the Giza pyramids, and the other day for the Egyptian Museum. People will want to visit the Grand Egyptian Museum twice now that it is so large. It’s like attempting to conquer the Louvre. It’s not doable during the day.

When the Museum opens to the public, King Tut’s whole treasure collection will be on exhibit for the first time, alongside items dating from prehistoric times to Egypt‘s many thousands of years of pharaonic civilization to the [comparatively] more modern ancient Greek and Roman periods of Egyptian history.

The museum is located on a 480,000-square-meter (5,200,000-square-foot) area of land approximately 2 kilometres (1.2 miles) from the Giza pyramid complex and is part of Giza 2030, a new master plan for the Giza Plateau. The museum’s construction, which is being carried out by a joint venture between the Belgian BESIX Group and the Egyptian Orascom Construction, is expected to be finished in 2021.

Authorities in Egypt announced on Saturday 7th August that the pharaonic solar boat of ancient King Khufu has been transferred to the Grand Egyptian Museum, which is located near the world-famous Giza Pyramids.

Despite the fact that the ship had been destroyed by the time it was discovered, the wood was in good condition since it had been tightly sealed within a 52-metre chamber. It took more than a decade to put the ship back together, with much of that time spent studying ancient Egyptian shipbuilding techniques. Though the ship is thought to have played an essential role in the pharaoh’s funerary rituals and was intended for him to use in the afterlife, there have been some debates about its actual function.

The boat was discovered in 1954 in the southern corner of the Great Pyramid of Khufu, the largest of the three Giza Pyramids, and dates back 4,500 years. It had been exhibited at a museum at the Giza Plateau, the Ministry of Tourism and Antiquities said in a statement.

The tourism ministry stated on Saturday that preparing the ship to be transferred was a complicated process that began 24 hours before the actual movement. The ship was safely enclosed in a gold-encrusted capsule, which was then hoisted onto the huge Belgian vehicle. Mechanisms were included in the capsule to keep the ship steady and absorb any shock caused by uneven roadways. The boat was transported inside a metal cage carried on a remote-controlled vehicle bought from Belgium specifically for the operation, according to Atef Moftah, supervisor general of the GEM project. 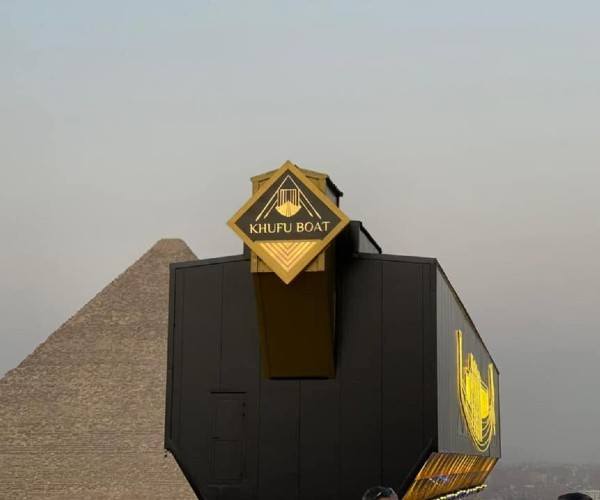 The Grand Egyptian Museum, the Engineering Authority of the Armed Forces, the Supreme Council of Antiquities, and all state agencies, companies, and teams who contributed to the successful transport of the first Khufu boat were praised in a tweet by the Ministry of Tourism and Antiquities. According to a report by the state-run MENA news agency, the boat, which is 42 metres long and weighs 20 tonnes, was carried on a smart vehicle after a 10-hour journey that began late Friday. The transportation was designed to “guard and preserve the world’s largest and oldest organic relic made of wood,” according to the ministry.

It will go on exhibit at the Grand Egyptian Museum in Cairo’s crowded Tahrir Square with tens of thousands of items, including the famous Tutankhamen mask and other treasures presently kept in the century-old building. A number of artefacts, including a number of sarcophaguses discovered last year, will be displayed for the first time. Other artefacts have been transported from Egyptian provinces’ museums. 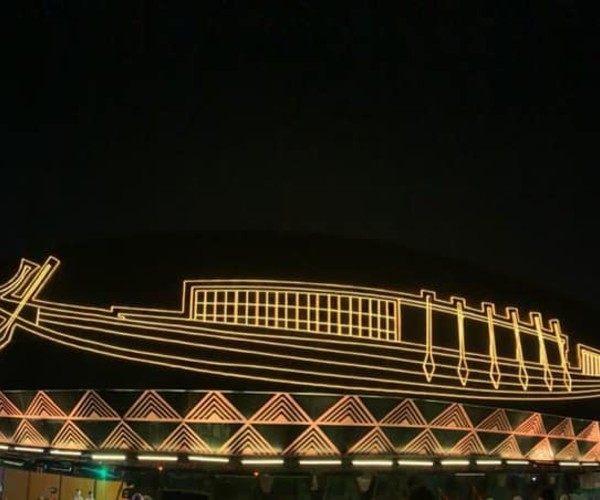 The transfer happened four months after Egyptian authorities held a spectacular parade to celebrate the transportation of 22 of the country’s most valuable Pharaonic royal mummies from the Egyptian Museum in Cairo to a new resting place in the capital’s National Museum of Egyptian Civilization.

President Abdel Fattah al-Sisi welcomed the mummies of Ramses II and Queen Hatshepsut in a well-staged televised ceremony. The events are part of Egypt’s efforts to promote its historic antiques in order to attract foreign tourists. Following the 2011 popular revolt that deposed long time autocrat Hosni Mubarak and, more recently, the coronavirus pandemic, the tourism industry has been hit hard.

Discover Chanel’s new No5 jewels inspired by the perfume.

Ultra Luxurious Socially Distanced Vacations To Plan For This Year

Why a Kenyan safari is the most romantic couple’s getaway

How to Make Concrete Floors More Attractive and Easier to Clean