The youngest and oldest sailors attempting to circumnavigate Great Britain singlehandedly in opposite directions – Katie McCabe aged 14 and Murdoch McGregor aged 82 – have met in Scotland.

Octogenarian Murdoch is two months into his clockwise route, which will include the Northern Isles of Orkney and Shetland, aboard his 23ft yacht Artemis.

Fourteen-year-old Katie McCabe, who set off on 30 June from the River Exe, is sailing anticlockwise in her 26ft Morgan Giles, followed by her dad David in his 33ft yawl.

Upon completion, Katie would take the mantle from Timothy Long of being the youngest person to sail solo around Britain.

Meanwhile Murdoch could take the title of being the oldest singlehanded sailor to do so.

The inspirational sailors met in Oban, in the Argyll and Bute area of Scotland this weekend.

‘A totally special day’ for Murdoch McGregor and Katie McCabe 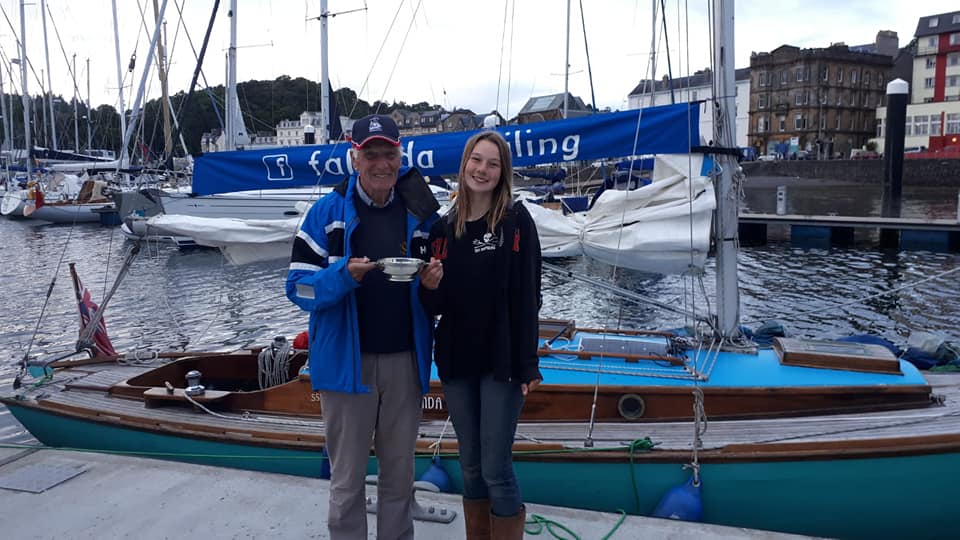 Katie McCabe and Murdoch McGregor in front of Falanda

Murdoch said: ‘Meeting up with this young sailor was a totally special day for me.

‘As I was making my way around the UK in a clockwise direction I was aware that doing exactly the same thing but in the opposite direction was a 14-year-old girl from Devon.

‘Katie is attempting to be the youngest person to have circumnavigated the UK singlehandedly, the record currently held by a 15-year-old boy.

‘My wife then spotted that Katie’s mum had made a donation on my justgiving page and telling me to keep an eye open for Katie.

‘I did just that and arranged to meet in Oban which we did on Friday evening.

‘We had food and chatted and found that our love of the sea and of long distance voyaging was exactly the same.

‘Listening to how Katie was going to tackle the next leg of her journey which was a 12-hour journey from Oban to Islay was totally fascinating.

‘It fazed her not that she could get fuel until 0900 meaning that at the end of her journey it would be near darkness. 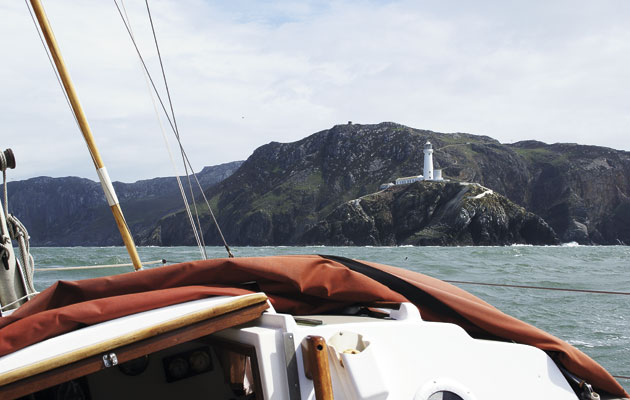 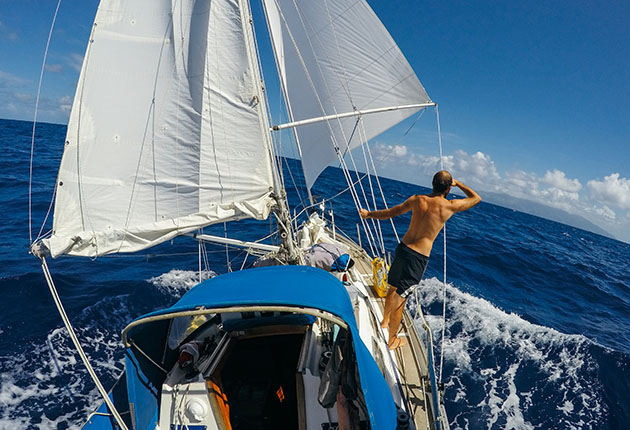 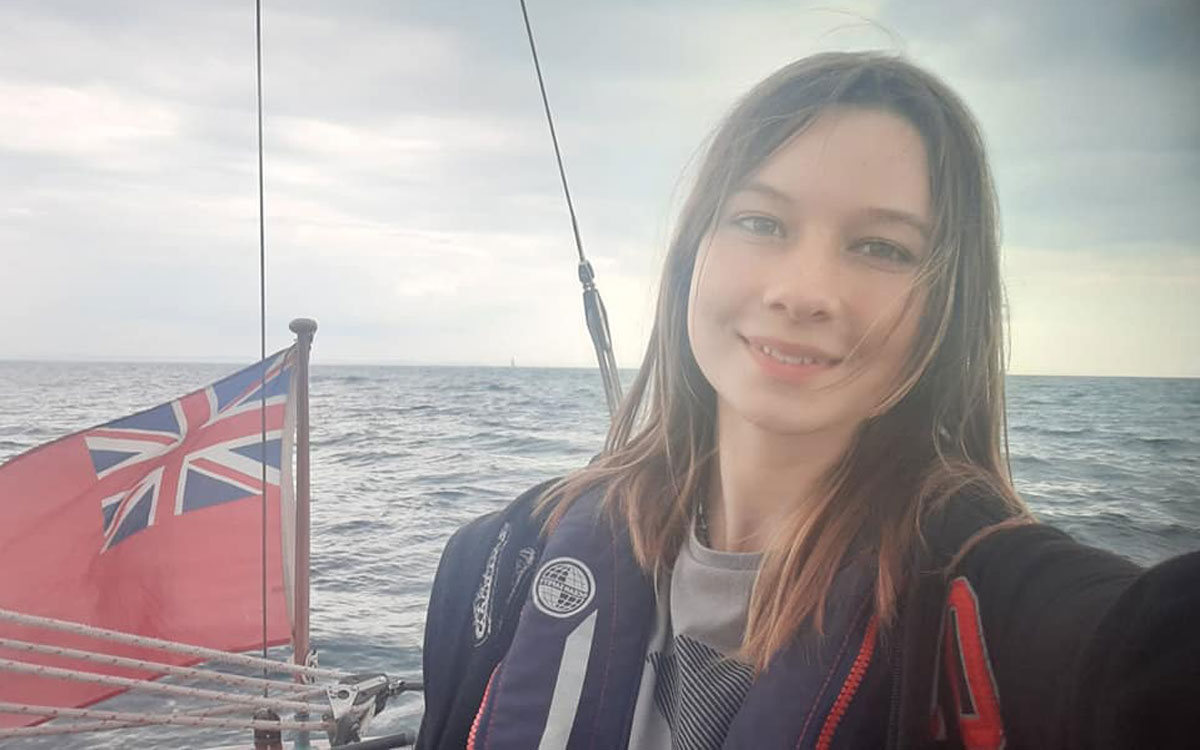 If successful, Katie, 14, could take the mantle from Timothy Long of being the youngest person to sail solo around

‘There are rules in place to to ensure that young people like Katie are safe when making solo long-distance voyages.

‘They have to be accompanied by someone in another boat travelling a distance behind.

‘In Katie’s case it was her dad Dave who that duty.

‘I met Dave and also Katie’s mum Hazel who had just towed a caravan all the way from Devon with the youngest family member Rueben.

‘Katie McCabe is a very special young sailor… watch this space! I certainly will, privileged to know her.’

Murdoch added: I suggested to mum Hazel that I thought Katie was 14 going on at least 16.

‘I then asked mum what Katie’s sailing age was.

‘Without hesitation mum replied… Twenty, something like the answer I expected.’ 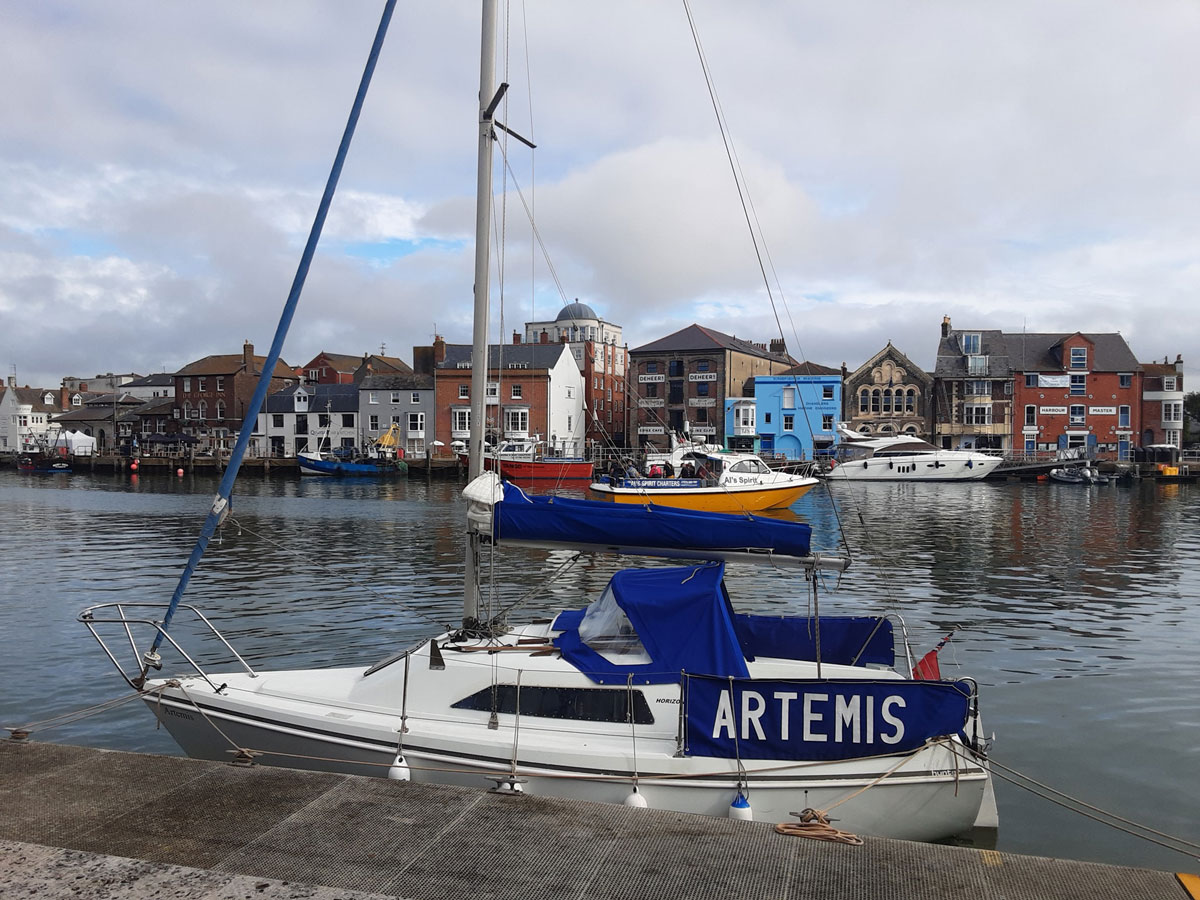 Who is Murdoch McGregor?

Murdoch, who bought his first sailboat at the age of 72, set off on 5 June from his home port of Alloa on the upper river Forth, Scotland aboard his Hunter Horizon 232.

The Forth Cruising Club member is undertaking the 1,900-mile solo voyage for a ‘truly amazing sailing adventure’.

And to raise funds and awareness for the charity Mental Health UK: justgiving.com/fundraising/murdoch-mcgregor1 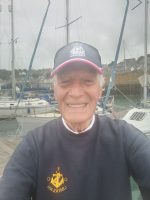 Murdoch said: ‘The pandemic has so powerfully illustrated that no matter our age, no matter our social social status, whether we are a barrister, a bus driver or bouncer we are all equally vulnerable to suffer mental health issues and tragically our younger population has also been affected.

‘My younger brother Jim died just over two years ago after living most of his adult life with mental health problems.

‘Thankfully the awareness of mental health issues has nowadays been recognised as being so important.

‘It hasn’t always been the case.’

Alloa Round Table asked Murdoch to carry a Round Table inscribed silver quaich on his travels – and Murdoch is holding this traditional Scottish drinking bowl in his photographs with Katie. 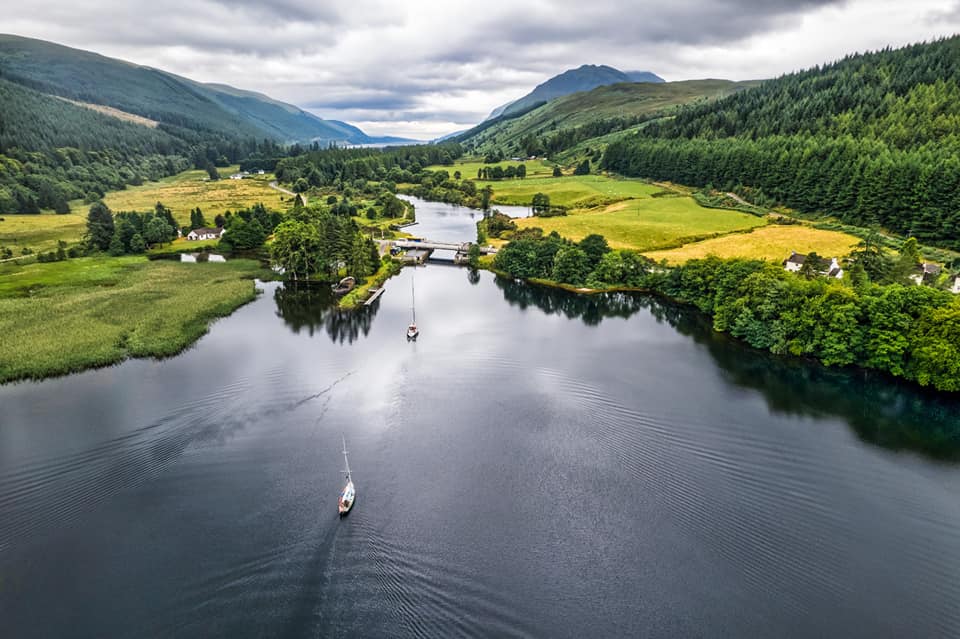 Falanda at the end of Loch Lochy

Who is Katie McCabe?

ISAC academy pupil Katie grew up on boats and found her project boat Falanda in 2019.

She restored the 26ft Morgan Giles, with the help of dad David, who is a wooden boat builder.

Last summer, Katie sailed Falanda from her home port of the River Exe to the Isles of Scilly and back, around 400 miles, with her family sailing nearby in the yawl Amaryllis. 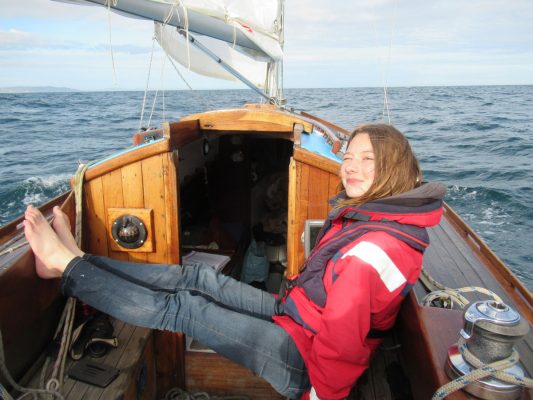 Katie, who is writing a blog about her adventures, and posting on her Falanda Sailing Facebook page, was delighted to be serenaded by a piper as she neared the end of the Caledonian Canal.

She said: ‘Today, as we began our descent of Neptune’s Staircase, at the end of the Caledonian Canal, someone very kindly came down to serenade us on the bagpipes!

‘It completely made my day, and even the lock keepers couldn’t help but stop and smile while he played.

‘After a great start, we left the canal behind, on our trip to Oban, where we are now safely moored up.’

She added: ‘In Oban, I got to meet Murdoch McGregor (as well as lots of others), who is also sailing around Britain singlehandedly.

‘If he completes the trip, he will become the oldest man to do so!

‘Murdoch is raising money for a mental health charity, which you can find more about on his facebook page.

‘He has done an amazing job so far, and for such a great cause, so if you would be willing to donate via his JustGiving page that would be brilliant too!’

The teenager also aims to raise the profile of Lonely Whale, a charity that encourages big businesses to use recycled plastic in their products.

What is the blue and yellow light ahead?

The best of the Greater Kruger outside the Sabi Sands

Home Is Where the Heart Is: 5 Romantic Residences – Sotheby´s International Realty

All-star line-up: boats to follow in the 2021 Rolex Fastnet Race