White House Press Secretary Jen Psaki said that as a parent, she wants public health officials, not politicians like Ron DeSantis, to keep her kids safe in school.

Jen Psaki turns the tables are Ron DeSantis, ” I want public health officials to make decisions about how to keep my kids safe, not politicians, and not only is Governor DeSantis not abiding by public health decisions. He is fundraising off this.” https://t.co/xwdKHKpDk5 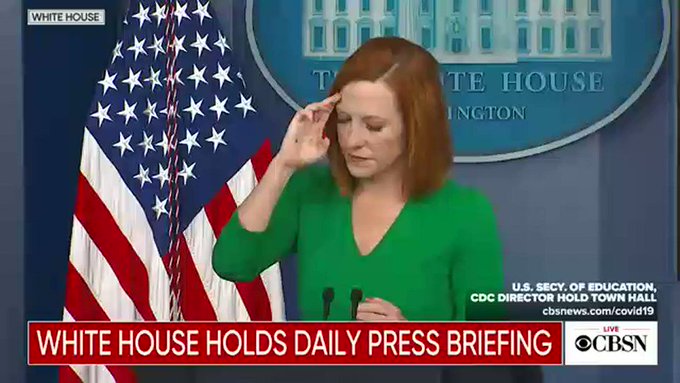 Press Secretary Psaki said, “I want public health officials to make decisions about how to keep my kids safe, not politicians, and not only is Governor DeSantis not abiding by public health decisions. He is fundraising off this.”

Psaki later explained the White House’s issue with DeSantis, “ The issue we have taken with the guidance of governor DeSantis which he, of course, is fundraising off of we should note is that he is preventing schools and teachers and others from protecting shelves and the students in their classroom and as a mother myself, that is concerning, and I’m sure it concerns to mothers in Florida.”

DeSantis has been arguing that public health officials should not be in charge of the decisions on masking. The Republican Party, in general, has taken an anti-mask stance, but DeSantis has gone as far as to block schools from imposing their own mask mandates.

Thus, as the Press Secretary said, DeSantis has put himself, a non-expert, in charge of the health and safety of Florida’s kids. Republicans always complain about “big government” and politicians making decisions for individuals, but that is exactly what Ron DeSantis has done in Florida, and Jen Psaki expertly used it against him.

COVID: WHO pandemic declaration, one year on — photos

Officer Killed in Jan. 6 Assault Is Honored at the Capitol