Lawmakers in the Idaho House of Representatives debate a bill this week. The Idaho Legislature has recessed until April 6 due to an outbreak of COVID-19 among members and staff. 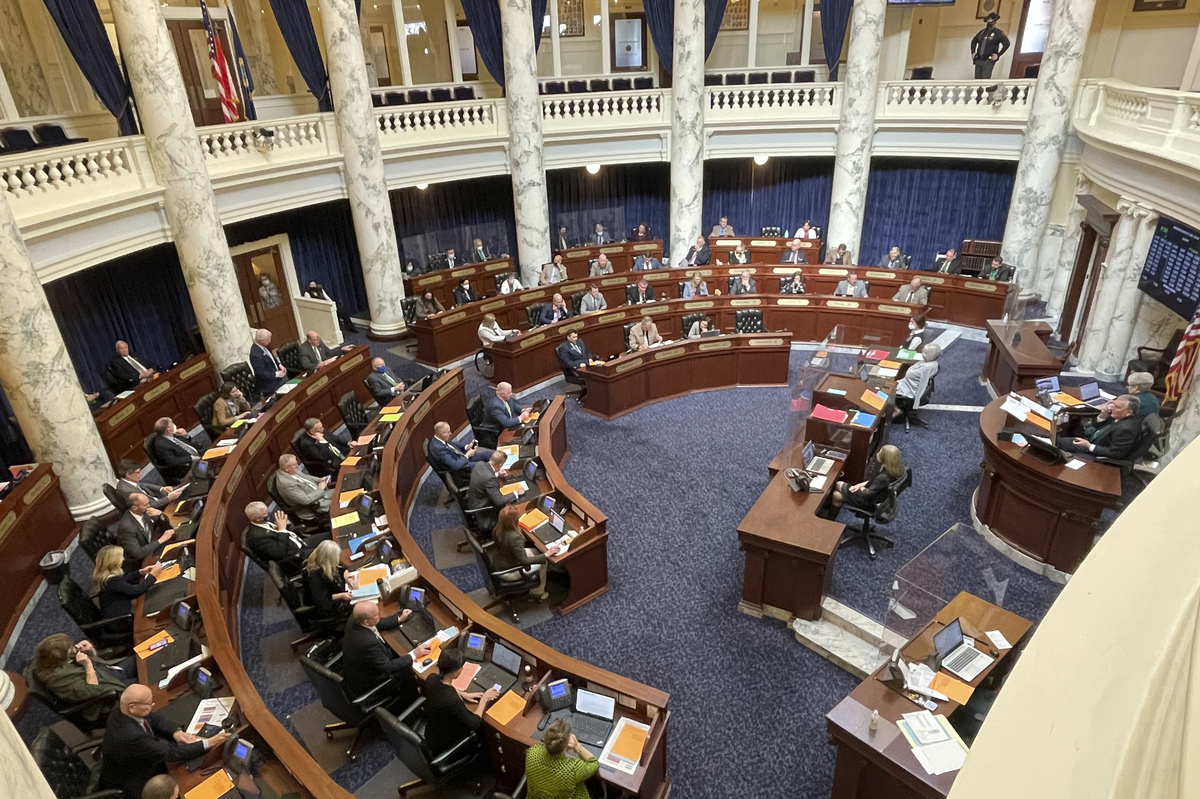 Lawmakers in the Idaho House of Representatives debate a bill this week. The Idaho Legislature has recessed until April 6 due to an outbreak of COVID-19 among members and staff.

A COVID-19 outbreak in the Idaho Legislature has sidelined lawmakers for more than two weeks as they try to get infections under control.

“It was not our plan to do this yet,” said Senate Pro Tem Chuck Winder, a Boise Republican. “We wanted to work and try and have all of our business done by a week from today.”

Republican House Speaker Scott Bedke said the move was out of “an abundance of caution” and that it was only a pause to “break the cycle” of transmission.

As of Friday morning, six House members and two senators had contracted the virus this year. Several other staff members have also tested positive for the coronavirus since January.

Top Republicans have repeatedly declined to implement basic public health measures such as a mask mandate or the requirement that members physically distance themselves from others. Instead, they cut capacity in committee rooms and installed air purifiers.

Many lawmakers frequently don’t wear masks, including some Democrats.

“I have no regrets on the way we conducted the safety protocols to this point,” Bedke said, noting he still wouldn’t implement a mask mandate when lawmakers return next month.

“We’ll certainly elevate the issue with our members, but again, I will always stop short of telling them what to do,” he said. “I don’t feel like I have that authority as the speaker.”

The House began debating a measure Thursday to bar any school district or state or local government from implementing a mask mandate in the future but tabled the bill to amend it later.

Several Republican lawmakers have denied that the coronavirus crisis should even be considered a pandemic. Some, including Lt. Gov. Janice McGeachin, attended a mask burning rally earlier this month at the Idaho Capitol.

Just before the House and Senate recessed, many Republicans and some Democrats could be seen without masks in their respective chambers.

Republican state Sen. Kevin Cook introduced his family in the gallery, as lawmakers frequently do during the session.

Cook said his daughter and two friends were visiting from Rexburg, where they attend Brigham Young University-Idaho. Rexburg has had the sixth-highest average of daily cases in the country over the past two weeks. It was third highest in the United States on Thursday, while Idaho Falls remains at the top.

“They don’t have anything planned tonight, so if you’ve got some cute grandsons that need a date, let me know,” Cook said, with senators laughing in the background.

“And remember what grandma says: Take your vitamins – zinc, D3, magnesium and vitamin C — and then you’ll be back here healthy,” Bayer said.

Medical experts say supplements are unlikely to prevent someone from getting COVID-19.

DC police officers speak out after US Capitol siege: ‘I thought … I might die’

CDC Likely To Extend Eviction Moratorium With Millions Of People Behind On Rent : NPR

Premarket stocks: Why Archegos was allowed to operate in the shadows

Clergy On The Pandemic Front Lines Share Their Thoughts On The Toll : NPR