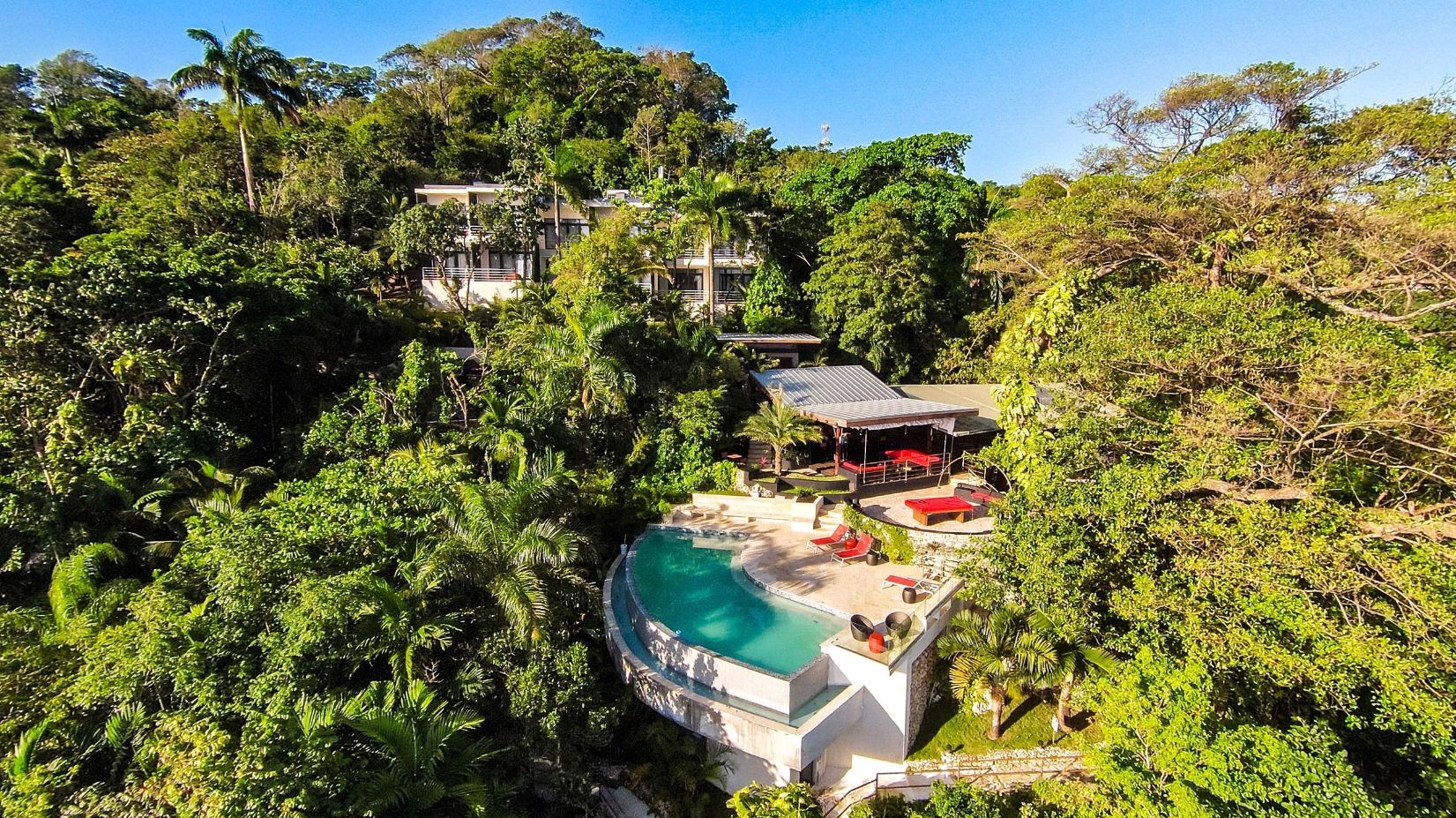 All photos courtesy of Geejam Hotel

From glamorous Rat Pack-era travel destination to off-the-beaten-track hideaway for contemporary recording stars, the secluded charms of tiny town Port Antonio on Jamaica’s northeast coast continue to entice. And for A-listers seeking the ultimate in peace and privacy, nowhere does it like the glorious Geejam Hotel. Set on a jungle-covered hill in the San San neighborhood, former guests including Björk and Harry Styles have penned or crafted hits in the private recording studio or simply come to relax in stylish solitude in what many say is Jamaica’s prettiest parish. 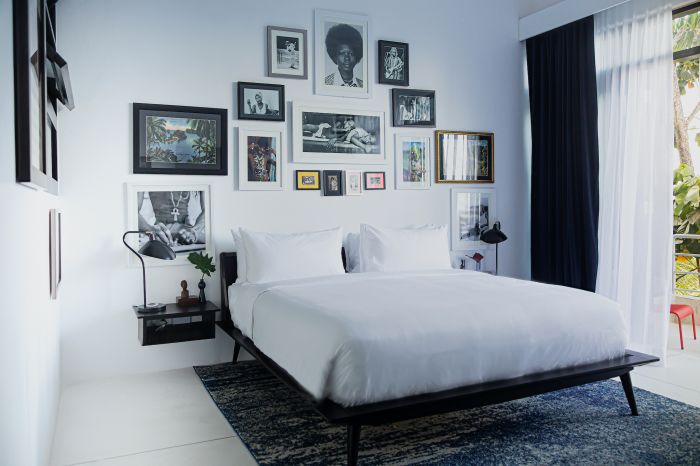 Home to some of the country’s most beautiful beaches, including French Man’s Cove, “Portie” as locals affectionately call it is also considered the birthplace of Jamaican tourism, thanks in part to Errol Flynn, who sailed his yacht into Port Antonio harbor in 1942 and moved there permanently in 1950. And, thirty years since buying a small holiday villa in what he considered to be the most beautiful region in the world, Geejam co-founder, hotelier, and music industry veteran Jon Baker has played an integral role in the modern-day Port Antonio renaissance. His iconic property recently reopened, debuting 12 chic new Rumba Rooms, an infinity pool, plus a revamp of its Bushbar restaurant and famed recording studio. 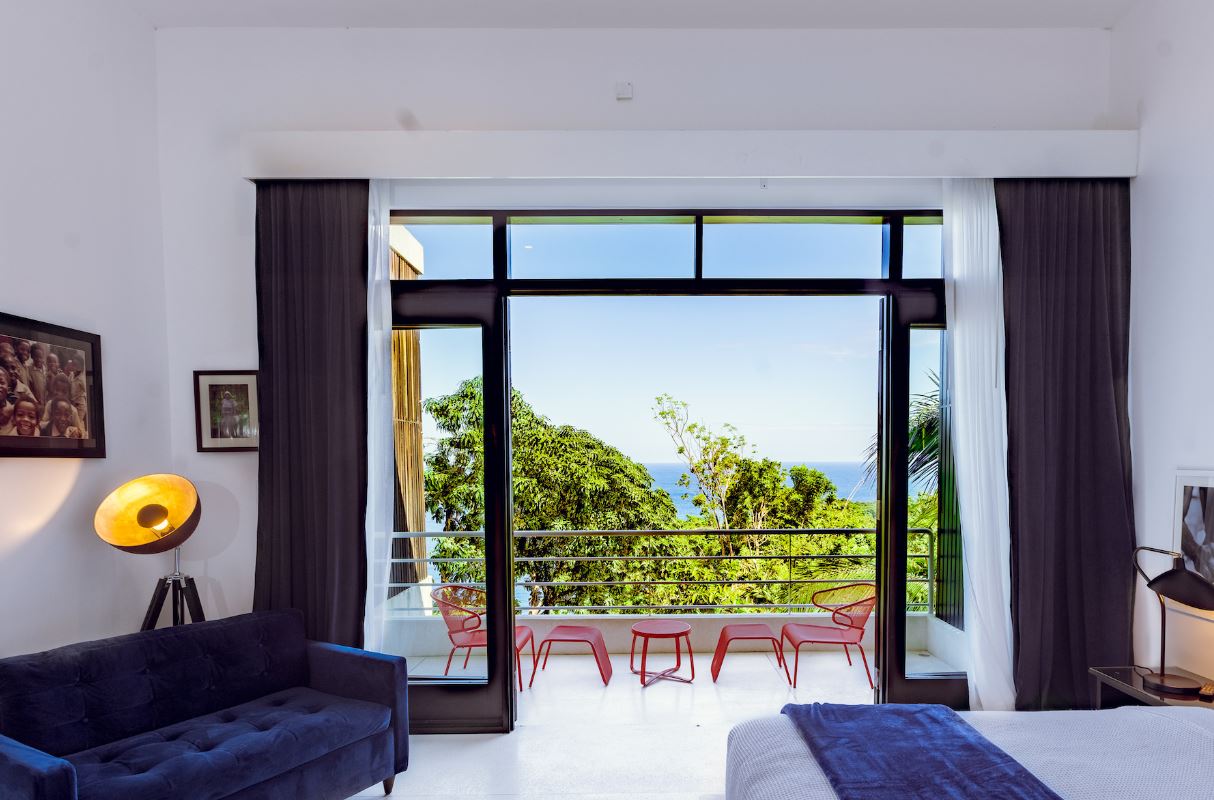 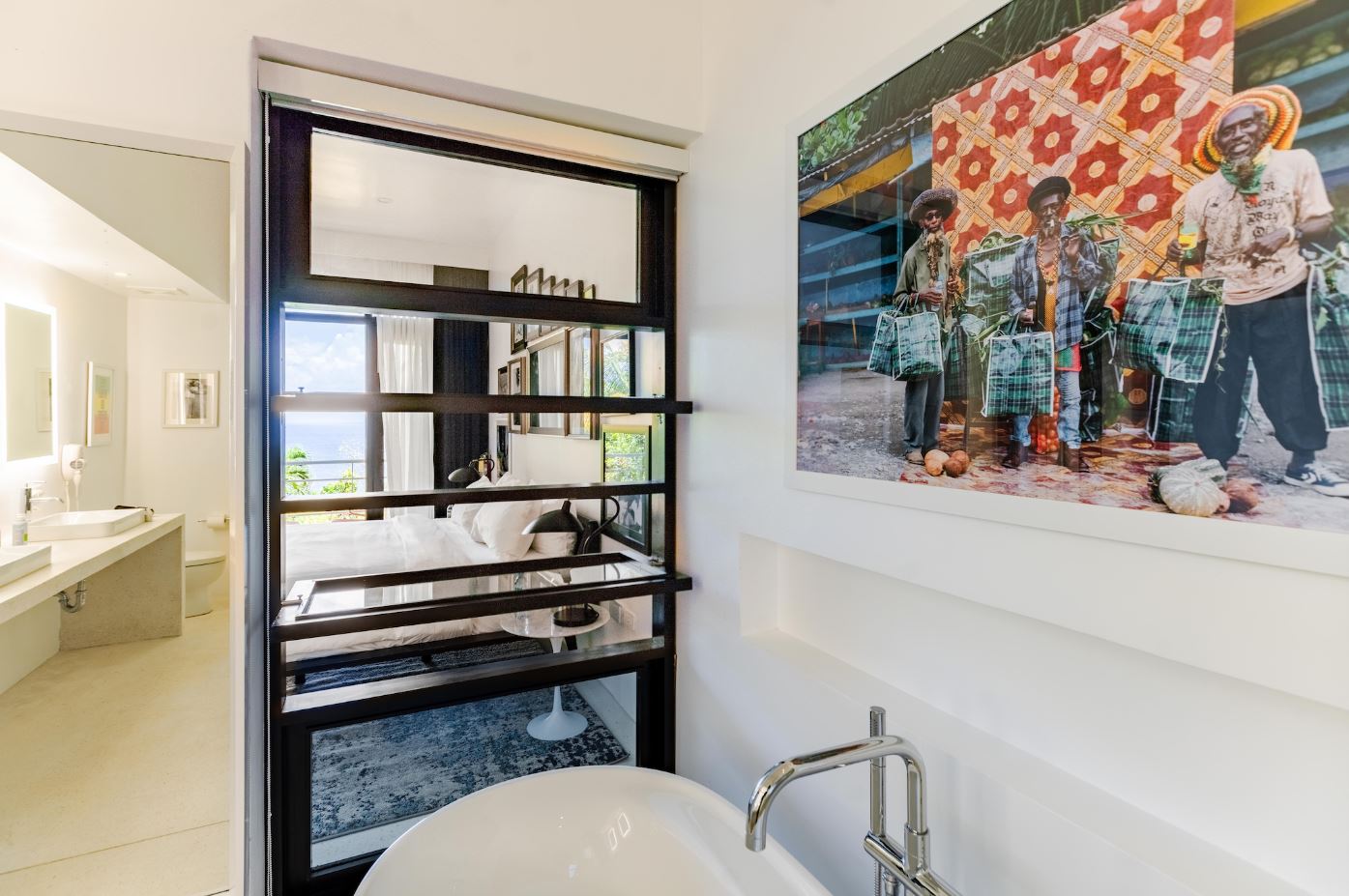 “Geejam is known for seclusion, privacy and nature. Inherently, hotel blocks don’t purvey that vibe or feeling, so when discussing the project with Vidal, we both knew we needed to approach this differently,” explains Baker of the contemporary structures. “We literally cut out a piece of the rainforest, built the Rumba block, and replaced all of the trees that were displaced to regenerate the natural surroundings.” 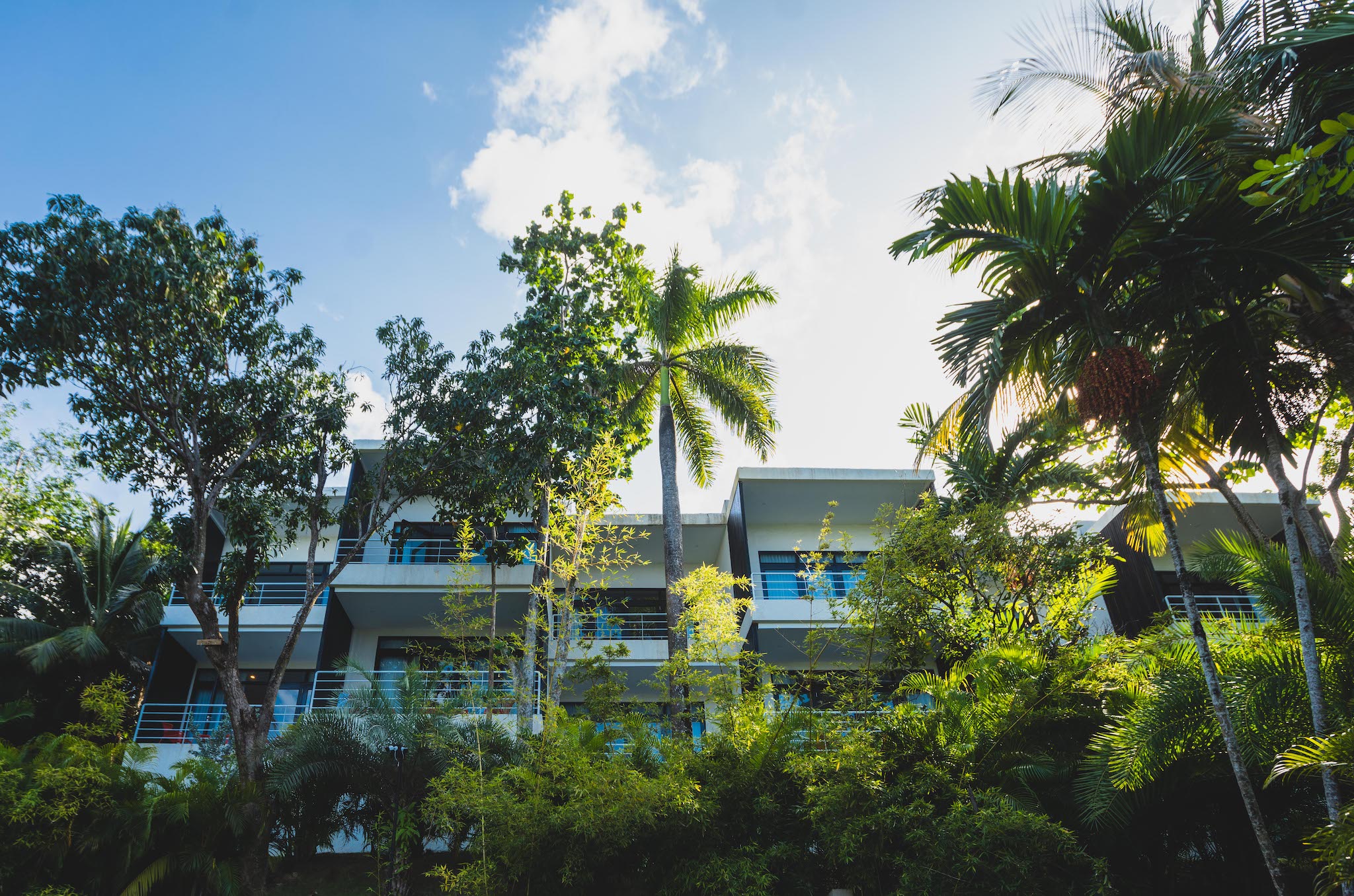 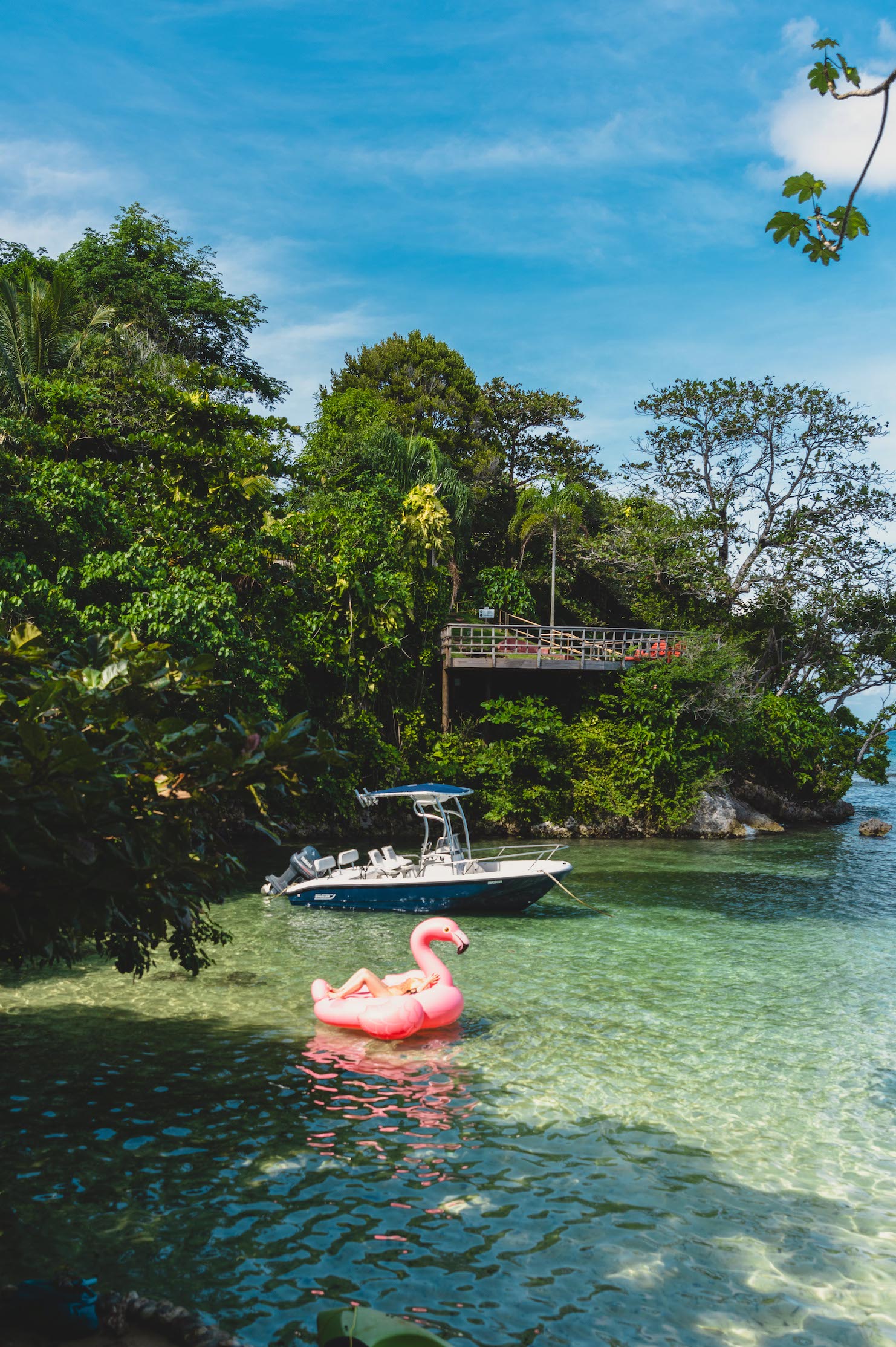 Instead of air conditioning Baker says the split-level design and 15-foot-high ceilings create a sense of space while French windows open up to cooling ocean breezes and stellar rainforest and Caribbean Sea views. “The connecting rooms are great for families and can be formatted like a living room, so there’s space to work or edit a project while here on a ‘workcation’ package or just socialize, relax and chill.”

Alongside the Rumba Rooms, the open-air Bushbar enjoyed a complete restoration too, and whos new dining menu showcases local classics with a modern twist. While details about the new beach bar and grill, Bentley’s Yaad, on the resort’s private beach are coming soon, Baker shared that the more affordable restaurant will be open to the public and international guests and feature really good authentic Jamaican cuisine. 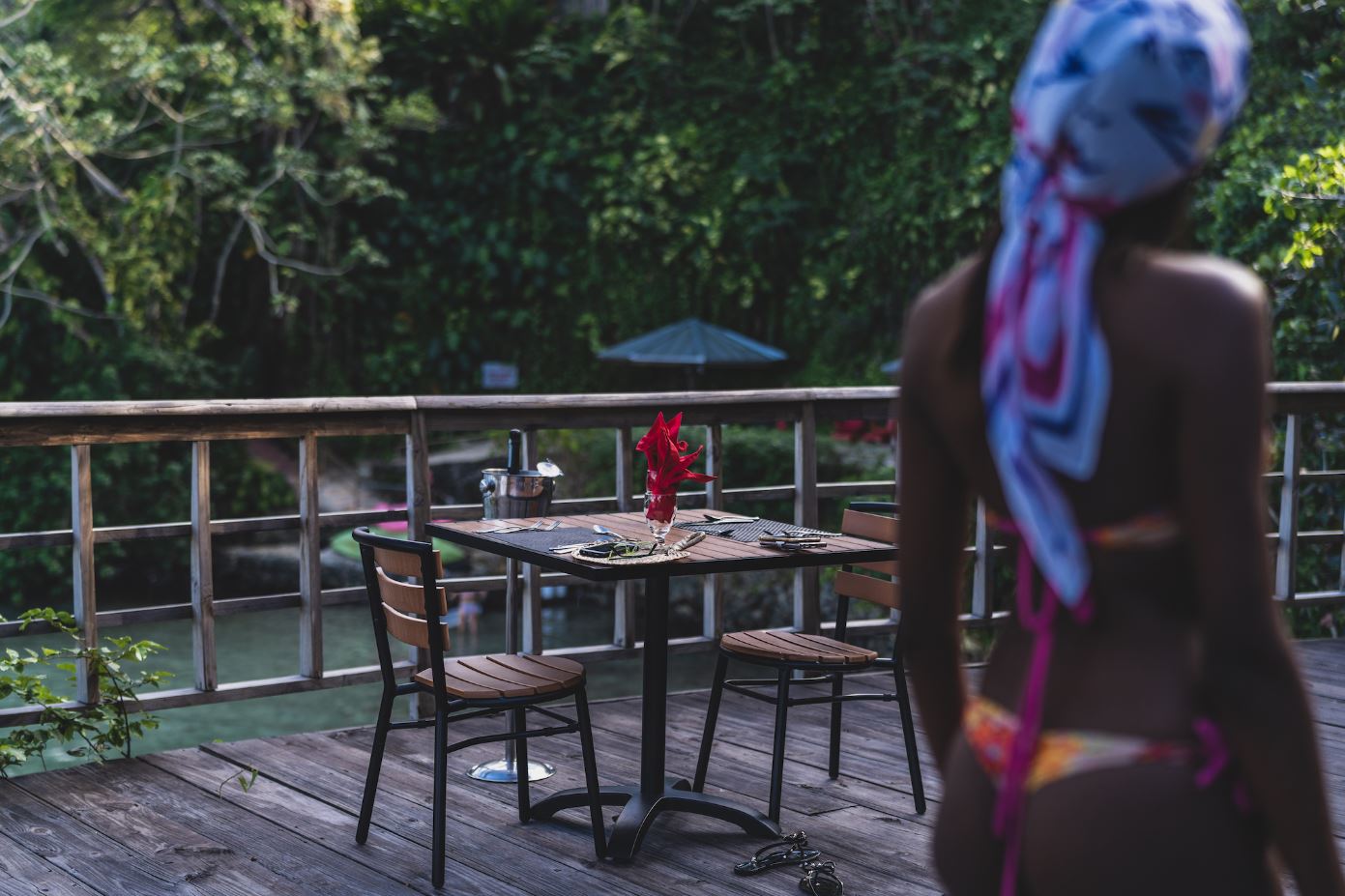 A new venue stage has also been added and will host live music events and some of the world-renowned acts and guests who frequent Geejam Studios every Friday and Saturday night. “We are working closely with Protoje and his group of artists, as well as Royale Blue, Runcas, and a number of what I call neo-reggae soul movement groups coming out of Kingston at the moment,” says Baker of the pending lineup. Despite the pandemic, Geejam Studios has recorded many artists in the past year. Originally opened in 1998, the studio, which is temporarily located in the Cocosan and Panorama private villas, is undergoing a complete renovation for the first time in its history and is scheduled to reopen later in 2021. 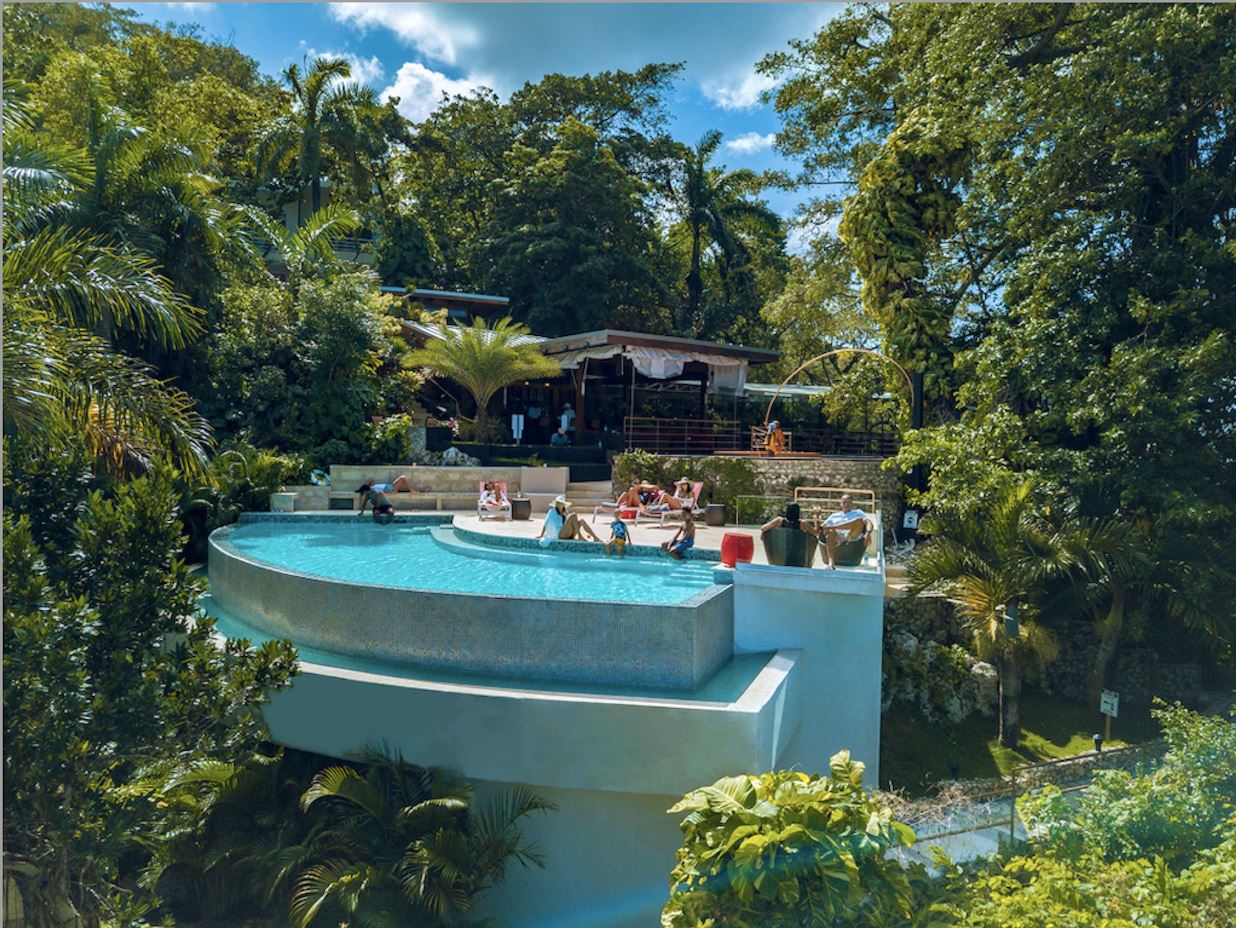 After putting what would have been a record-breaking year for tourism on hold in 2020, Baker says that this year has already surpassed his expectations regarding Geejam’s music bookings and guests.

“The support we have received from local Jamaicans on our staycation campaigns and the steady flow of U.S. guests meant we did not need to furlough or lay anybody off despite the bumpy start when Jamaican borders were closed to the majority of the world. We have been dedicated to providing the very best care regarding Covid, adhering to all the social distancing measures, and offering C-19 tests on site. If this trajectory continues, 2021 could end up being our best year ever,” he shares. 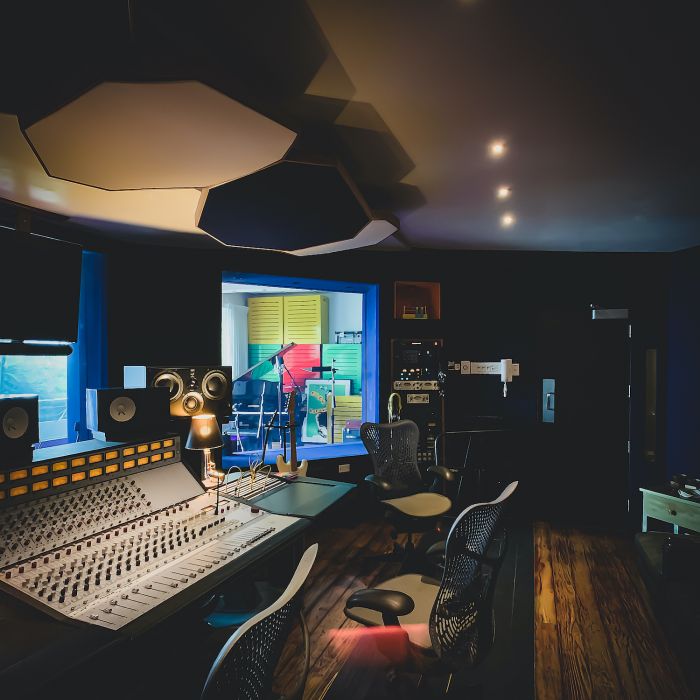 While the addition of an impressive infinity pool will be sure to keep guests more than happy during their stays, a partnership with Jamaican-owned medical cannabis company, Jacana, means that a full range of CBD products is also available at Geejam in addition to CBD spa treatments.

How to Make Sure Your Home Decking Is in Good Condition

4 Facts You Should Know About 3D Laser Scanning