It’s possible to stream Netflix videos straight to your boat, make direct calls to anyone, stream music and fire off and receive emails 24/7.

Barry Pickthall is a journalist and photographer who has been covering all aspects of yachting for four decades. Credit: Barry Pickthall/PPL

But unless you own a boat the size of a superyacht, (preferably with a built-in cinema) it is simply not practical to fit the large satellite dome required onboard.

Many of the coastal and global radio stations around the world have closed down, including Niton Radio on the Isle of Wight, which could patch a VHF radio call to a landline, and Portishead Radio in the West Country, which could do much the same across the globe via HF radio.

So what is available for us cruising folk planning an extended voyage, without having to pay through the nose to keep in touch with the outside world?

Quite a lot, actually.

The 2018 Golden Globe Race (GGR) celebrating the 50th anniversary of Sir Robin Knox-Johnston’s first non-stop solo sail around the world back in 1968/9, took
the 18 starters back to the ‘golden age’ of simple sailing in more ways than one.

All forms of computerised electronics were banned under the general rule that if something wasn’t available to Sir Robin at the time, then it wouldn’t be allowed now.

For communications, competitors had to rely on HF radio, VHF and the ham amateur radio net. 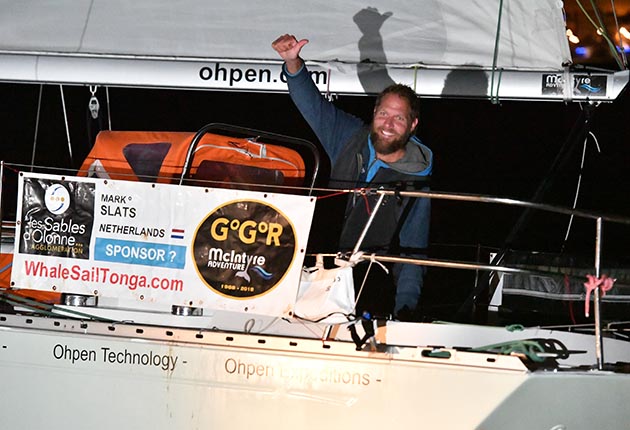 Mark Slats made good use of the Ham net during the 2018 Golden Globe Race. Credit: Christophe Favreau/PPL/GGR

By and large, the race was a success, though there were some anomalies.

The ham net came of age during the Second World War when the War Office recruited some 500 amateurs to record German Morse code signals.

Britain’s National Radio Centre for radio amateurs is still based at the once-secret listening centre at Bletchley Park.

Now there are more than three million amateur radio enthusiasts happily chatting from garden sheds all around the globe to anyone they can pick up.

To most, contact with adventurous voyagers is manna from heaven.

My first experience with the ham net was during the 1979 Nedlloyd Spice Race from Jakarta, Indonesia to Rotterdam, Holland when crew on the 80ft Australian yacht Batavier (a replica of the American classic Ticonderoga) had such a radio.

Quite apart from keeping in regular contact with the race organisers, quite by chance they also developed a regular schedule with King Hussein of Jordon, who was a keen amateur radio enthusiast.

During the 1990s, skippers competing in the BOC Challenge Solo Round the World Race relied on this amateur net for much of their communications, often using made-up hooky call signs to save themselves the six to 12 months it takes to get a licence.

These skippers also learned to cannibalise cheap 100W car radio-sized ham transmitter/receivers by cutting one wire at the back and connecting them to a 400W booster to open up all the HF radio frequencies for a fraction of the cost of a Single Sideband SSB HF Marine set.

In Britain, the Amateur Radio network is controlled by OFCOM, which has recently cancelled more than 500 licences for non-compliance, which includes communication with unregistered radio operators.

The maximum penalty is six months in prison, a £5,000 fine, confiscation of equipment and the loss of their licence. 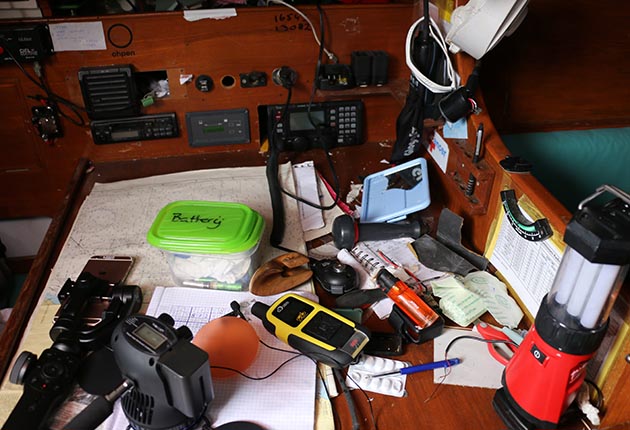 Problems came to a head during the final stages of the Golden Globe Race when it was discovered that the two leaders, Frenchman Jean-Luc Van Den Heede and Dutchman Mark Slats, were alleged to have unregistered call signs.

Word got out on social media, and the ham operators, who operate to strict procedures and are well disciplined, dropped them like hot bricks.

Slats was worst affected, finding himself without weather forecasts, and fell into a wind hole, which lost him 450 miles on his rival during the last week of the race.

Bill Walker, a retired electronics engineer and life-long ham Radio enthusiast who sails a Halberg-Rassy 37 with his wife Judy out of Chichester, has his radio shack in his back garden, high on a hill in Tunbridge Wells where he gets a 90-mile signal range on VHF and worldwide coverage on HF frequencies when propagation is good.

‘There is no restriction on listening to broadcasts over the ham net, but the authorities are now very proactive in policing rogue ham radio operators,’ he says.

There are good reasons to learn the basics and gain an Advanced (full) licence, managed by RSGB (Radio Society of Great Britain).

Some examples of of ham shorthand and quirks. It’s well worth obtaining your licence if only to ensure you are aware of what people are talking about

For a start, there is an international language code to be learned when abbreviating common phrases to make it easier to understand  when the signal strength is poor.

An amateur radio licence opens up a range of communication types, including free access to a network of amateur satellites and worldwide radio connectivity via the internet.

These types of communications are not affected by the vagaries of HF radio propagation.

As it stands, future GGR competitors are now forced to use ITU (International Telecommunication Union) marine HF frequencies, which limits their communication capability to contact their team and families, compared to the 1960s when there was a worldwide network of commercial marine HF radio stations like Portishead Radio in Somerset, UK.

This is expensive, with radio/telephone links charged at a much higher rate than satellite phone calls.

Worse, GGR skippers like Tapio Lehtinen and Mark Slats complain that many of these commercial radio stations simply didn’t respond to their calls during the 2018 Race.

‘That’s because many now operate at limited times.

There is simply not the traffic to warrant 24/7 coverage any more because the world has moved on to satellite communications,’ says Ari Caselius. 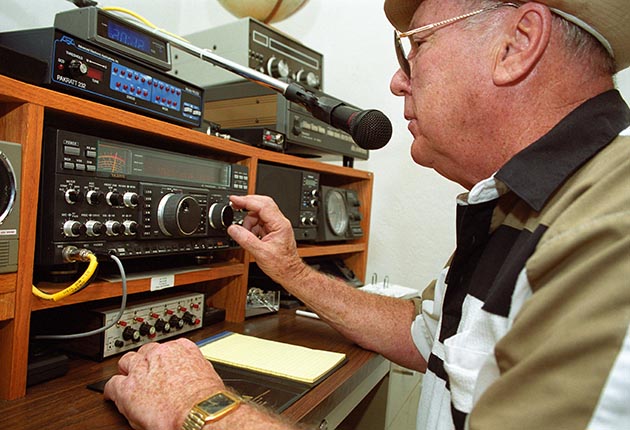 He suggests that the race organisers will need to arrange support from a network of commercial stations to provide a manned service on certain frequencies and time slots as the race progresses from one ocean to the next.

The one alternative is the HF service provided by Sailcom Marine (www.sailcom. co.uk/) and Yachtcom (www.yachtcom.co.uk/) for those competing in the annual Atlantic Rally for Cruisers (ARC), Oyster World Rally and a number of competitors in the last GGR.

Bob Smith from Sailcom Marine confirms that their HF/SSB packages cost around £5,000, including installation, but warns: ‘Coastal radio stations are a thing of the past, with most now closed or providing only a minimal service by appointment. Shipcom, the last USA provider, ceased operation last year.’ 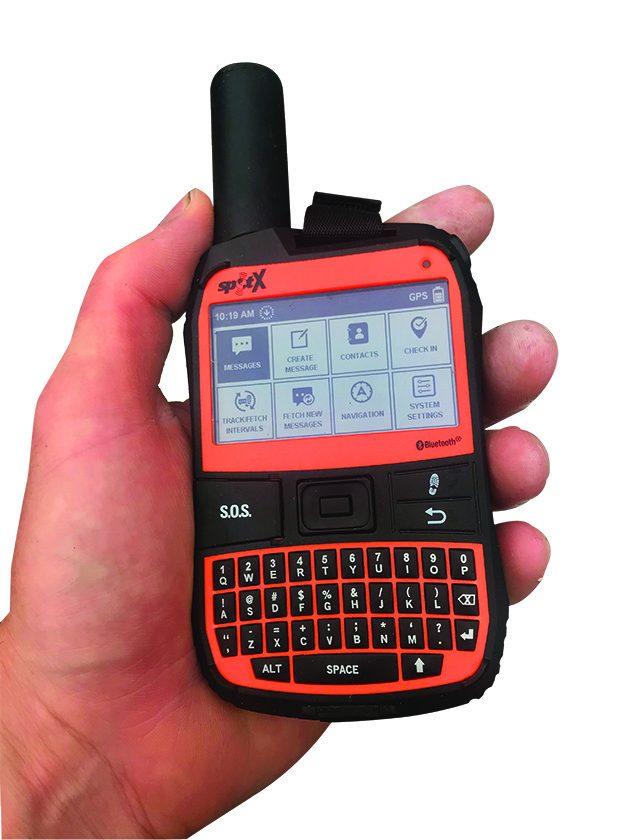 The Spot X Bluetooth promises cheaper two-way satellite communication. We test the satellite tracking and messaging device to see if… 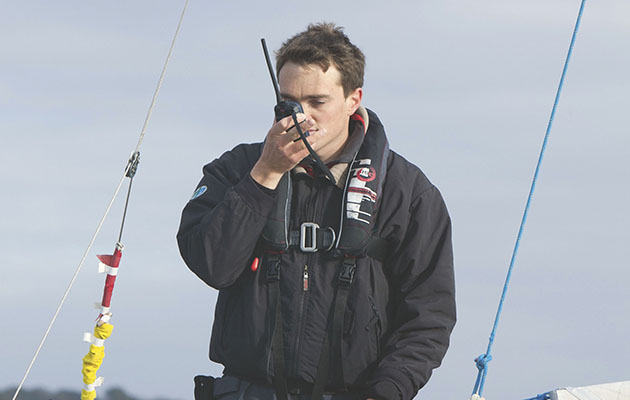 Send your questions to yachtingmonthly@futurenet.com for an expert answer and the chance to win a bottle of Chilgrove Bluewater Gin…

He adds: ‘Also, back in 1968, high-frequency radio conditions were much better than they are today because of the increased sunspot activity. Satellite communications are not only much better but a much cheaper option when calling the outside world.’

The LRC course and exam takes four days to complete, and is a much easier option than obtaining a full amateur radio licence, which can take six to 12 months.

During the 1990s I returned from a three-week assignment at Cape Horn covering the Whitbread Round the World Race to be faced with an eye-watering £4,000 bill for transmitting pictures, text and radio broadcasts via satphone.

Not only have prices fallen considerably since then but the equipment has shrunk from a suitcase down to the size of a smart phone – and without the need for a satellite dome dominating the aft deck.

All the Golden Globe Race skippers were equipped with Iridium satphones for emergency use and to call or text Race HQ.

The clarity and reliability was impressive.

Since then, Iridium has completed a $3 billion upgrade to its network, launching 75 new satellites into orbit to provide real-time communications from any point on Earth.

The package costs between £1,250 and £1,320 depending on the aerial, with additional monthly data charges ranging from $60 for 40 minutes usage and $150 for 150 minutes phone usage and unlimited data and texts.

5 reasons to explore Turkey and Greece by luxury yacht charter

Shore Lodge, A Luxury Resort Where Exceptional Service is the Standard

Turning Your Home into Your Haven