Georgia elections official Gabriel Sterling, pictured in November 2020, pushed back on false claims about voter fraud. But he supports some Republican initiatives to change voting laws, saying it could help elections administrators. 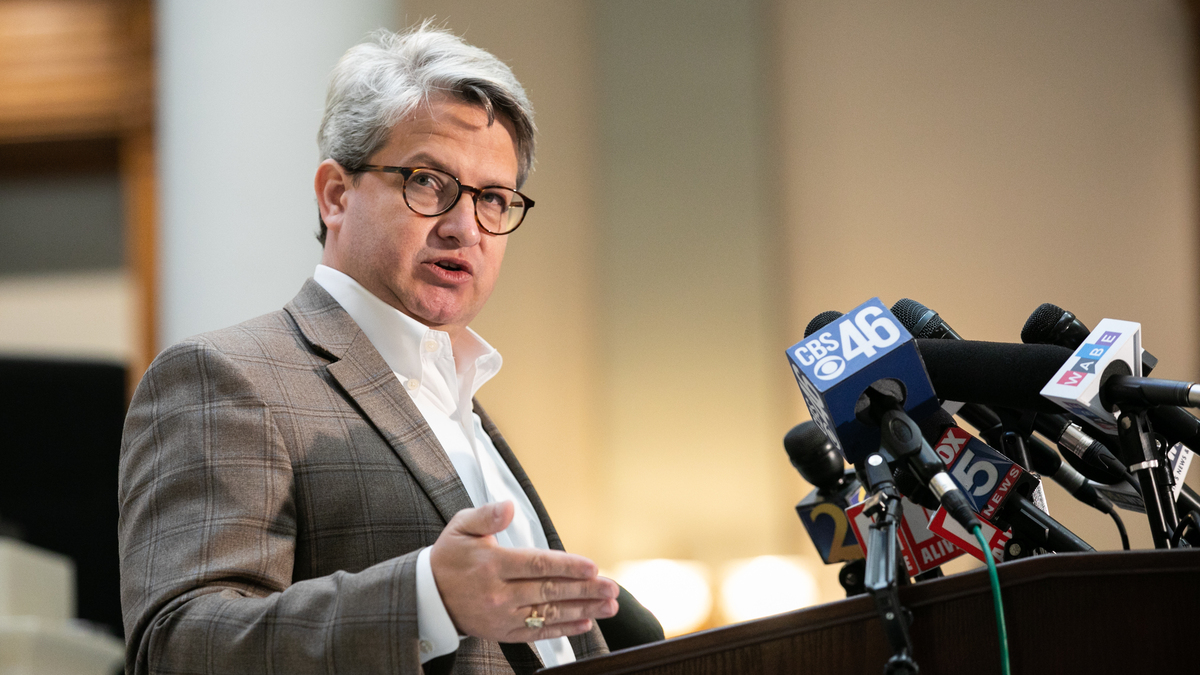 Georgia elections official Gabriel Sterling, pictured in November 2020, pushed back on false claims about voter fraud. But he supports some Republican initiatives to change voting laws, saying it could help elections administrators.

But Republican state lawmakers in Georgia, inspired by those falsehoods, have introduced a handful of bills that would increase barriers to voting for some people.

Georgia is among 43 states that are considering similar legislation, according to the Brennan Center.

Sterling, a Republican who is now the chief operating officer for the Georgia secretary of state’s office, says some of the measures backed by Republican Georgia state lawmakers go too far.

But he argues that many of the proposals could end up helping elections administrators.

There was no widespread fraud in Georgia, he says, but there were small numbers of double voting, out-of-state voting and felons voting. Rules involving photo IDs could make things easier for elections workers, he says.

“In a state like Georgia, where the election is getting closer and closer, every vote’s going to count,” Sterling says. “And anything we can do to make the system more secure and provide confidence to everybody, that’s the kind of things that we need to be focusing on.”

Sterling talked with NPR’s Scott Detrow on Morning Edition about the proposals under consideration and why he opposes the Democrat-backed voting rights bill that passed the U.S. House last week.

Here are excerpts of the interview:

In part, they’re probably wrong. I mean, let’s face it, the voter suppression argument used by Democrats has been wildly aggressive and very useful for them for voter turnout, because you tell somebody, “Hey, they’re taking something from you,” you go out and do it.

Some of the things we’re doing with voter ID, it really is a more secure way to vote, but also it’s easier for the counties to administer. It’s a lot easier to train somebody to look at an ID number [than match signatures]. And we have driver’s license numbers on 97% of our voter records here.

And one of the things we heard before was when we introduced voter ID so many years ago, it was going to disenfranchise African Americans. It didn’t happen. In fact, African Americans, by and large, prefer to vote in person. Even during the middle of a pandemic, 75% of Georgians voted in person and not by absentee. And I think what we’re going to see is a majority fall back into voting in person. Because that’s what we historically see.

Another bill that’s gotten a lot of attention would standardize early voting across counties. This would lead to more early voting days in many smaller rural counties, but it would cut back voting opportunities in bigger population centers, places with more Black voters, more Democratic voters. In your mind does uniformity mean equal access?

Why not leave that up to local election officials knowing what their county can handle in terms of early voting?

What we saw in many cases is these poor counties can’t afford it. They’re stretched right now at just the current three weeks. We have counties that are so small their elections director is a part-time employee working for 24 hours a week so that their county could avoid paying them benefits. And they’re having to meet the same level as Fulton [County]. And that’s just not fair.

How does the country fix a system where there are many people who think that an election they lost is by definition a corrupt election?

I think it’s going to take time, and people being responsible adults in the room. It used to be if you lose, you stand up and you say, “We lost, we’re going to come back in two years and do it again.” And I’m not sure the best way to do some of these things. I mean, I’ll say one thing. H.R. 1 is not the way to do it, because that’s basically setting the other side on fire.

This is a bill that just passed the U.S. House of Representatives. It would require automatic voter registration, restoring voter rights to people with felony sentences, a reversal of state voter I.D., among other things.

It does a lot of things that are against the laws of most states. … It basically makes the voter I.D. system we’ve had in place very nearly illegal.

And then the biggest thing to me is it nationalizes election administration. One of the big advantages we have from a security standpoint is that you have 50 different states running elections, which really diffuses the system out. By centralizing the ideas and the laws, it’s going to make it easier for those who do want to game the system to attempt to do it. They didn’t talk to election administrators about this. They talked to other politicians about this.

You can tell I get a little irritated because we’re painted with this brush because some of us speak with heavier Southern accents than others, that this is all being done for racist intent and for political purposes. We are really, really good at voting in this state. We don’t need anybody from D.C. coming to tell us to do it any more than Delaware, California, Oregon or Kansas do.

Biden speaks with Macron for the first time since the U.S.-France diplomatic feud.