Everything you need to know about the holiday

What started in 1977 as a day of respect at a discrimination conference has now become a national holiday honored by President Joe Biden.

Columbus Day has prompted political debate in states, cities and municipalities around the U.S., especially in the last decade, with many favoring Indigenous Peoples’ Day instead.

“For generations, Federal policies systematically sought to assimilate and displace Native people and eradicate Native cultures,” Biden wrote in the Indigenous Peoples’ Day proclamation. “…we recognize Indigenous peoples’ resilience and strength as well as the immeasurable positive impact that they have made on every aspect of American society.”

What is Indigenous Peoples’ Day?

Indigenous Peoples’ Day is a holiday that celebrates and honors Native American peoples and commemorates their histories and cultures.

The celebrating of an Indigenous Peoples Day took root at an international conference on discrimination sponsored by the United Nations in 1977. South Dakota was the first state to recognize the day in 1989, and the cities of Berkeley and Santa Cruz, California, followed.

In 1990, the International Conference on Discrimination Against Indigenous Populations in the Americas, sponsored by the United Nations, began to discuss replacing Columbus Day with Indigenous Peoples’ Day.

Biden commemorated Indigenous Peoples’ Day. What does that mean?

The president’s proclamation serves as the most significant boost yet to efforts to refocus the federal holiday celebrating Christopher Columbus toward an appreciation of native peoples.

Biden also issued a proclamation of Columbus Day on Monday, Oct. 11, which is established by Congress.

“Today, we also acknowledge the painful history of wrongs and atrocities that many European explorers inflicted on Tribal Nations and Indigenous communities,” Biden wrote. “It is a measure of our greatness as a Nation that we do not seek to bury these shameful episodes of our past — that we face them honestly, we bring them to the light, and we do all we can to address them.”

Over a dozen states and more than 130 local governments have chosen to not celebrate Columbus Day altogether or replace it with Indigenous Peoples’ Day. Many states celebrate both. Eleven U.S. states celebrate Indigenous Peoples’ Day or a holiday of a similar name via proclamation, while 10 others treat it as an official holiday. The 11 states that observe the holiday via proclamation include: Arizona, California, Iowa, Louisiana, Michigan, Minnesota, Nevada, North Carolina, Virginia, Wisconsin, Washington DC.

And the 10 that officially celebrate it include: Alabama, Alaska, Hawaii, Maine, Nebraska, New Mexico, Oklahoma, Oregon, South Dakota and Vermont.

Some tribal groups in Oklahoma celebrate Native American Day in lieu of Columbus Day, with some groups naming the day in honor of their individual tribes.

Is Columbus Day gone? Why is it controversial?

Though some groups argue that Columbus Day, which is still a federal holiday, celebrates Italian American heritage, many say the holiday glorifies an exploration that led to the genocide of native peoples and paved the way for slavery.

Although Columbus is credited as the “discoverer” of the New World, millions of people already inhabited the Americas. Columbus made four expeditions to the Caribbean and South America over two decades, enslaving and decimating populations and opening the floodgates of European colonization.

Many groups have called for the removal of monuments to Columbus, as well as to Confederate generals.

Most banks and post offices in the country are closed on Monday, with the day being recognized as a federal holiday.

Also closed are any agencies or institutions operated by the government, such as libraries, federal offices, and DMVs.

While locally owned businesses are up to the owner, supermarkets and most drug stores are open. Same goes for staples Target, Walmart, Stabucks and Dunkin’ Donuts. 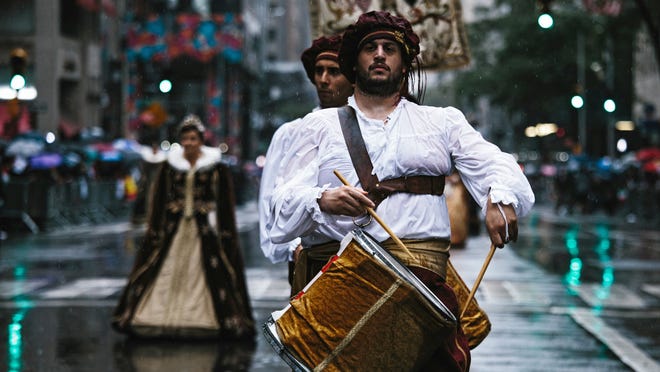 Pandemic has made shortage of health care workers even worse, say experts

Kori Gauthier: The body of an LSU student who was went missing a week ago has been found in Mississippi River