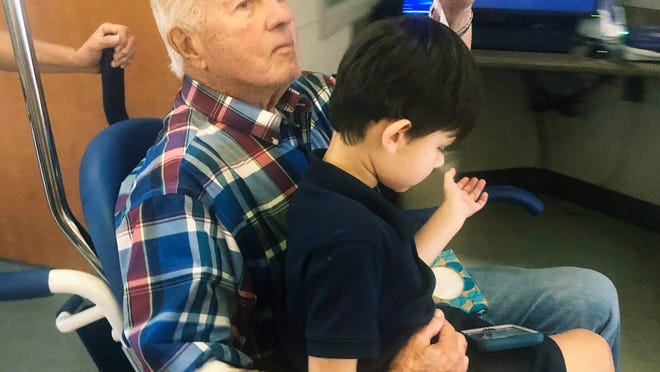 LAFAYETTE, Louisiana — Former Louisiana Gov. Edwin Edwards, the charismatic Cajun rogue who served a record four terms in the Capitol as well as a stint in federal prison for corruption, died Monday morning. He was 93.

He was the state’s last populist Democratic governor in the tradition Huey Long and Earl Long, serving consecutive terms from 1972-80 and single terms from 1984-88 and 1992-96.

Before that he served as a state senator from Crowley and then represented Acadiana in Congress from 1965-72.

“I’ve had a great life,” Edwards said in an interview with USA Today Network on his 90th birthday in 2017. “I’ve been around the world six times and in every state and there’s not a better place in America and the world than Louisiana.”

After he was released from prison in 2012, Edwards married his third wife Trina, who was a half-century younger than him. The couple moved to Gonzales, where they have been raising their young son Eli, who is 7.

“He was so optimistic all the time,” Trina Edwards said in a statement. “Nothing bothered him except bothering other people. It’s heartbreaking for me because I know he so wanted to make Eli’s 8th birthday party Aug. 1.”

Edwards was wildly popular during his first two terms, when an oil and gas boom funded his expansions of social programs in Louisiana and spearheaded the state’s new Louisiana Constitution, which was adopted in 1974 and remains in place today.

But he became a polarizing figure in the 1980s and 1990s, when an oil bust during his third term shredded the state budget and required a large tax hike, and during his fourth term when corruption charges began to mount.

Edwards, who was known for his one-liners and quips, elevated his zingers in the 1980s. Before he unseated Republican Gov. Dave Treen in 1983, Edwards said, “The only way I can lose this election is if I’m caught in bed with either a dead girl or a live boy.”

And before beating former Ku Klux Klan Grand Wizard David Duke in 1991, Edwards, who nurtured his reputation as a ladies’ man, said, “the only thing we have in common is that we both have been wizards beneath the sheets.”

But he never expressed contrition or admitted guilt, saying before he was taken to prison: “I will be a model prisoner, as I have been a model citizen.”

Edwards made one more political comeback attempt in 2014, when he ran for Congress. He finished first in the primary with 30%, but lost the runoff in a landslide to Republican Congressman Garret Graves.

“He was this generation’s Huey Long,” Edwards’ biographer Leo Honeycutt said. “He cared about people who didn’t have a voice and he stood up to those who did.”

He is not related to the state’s current governor, John Bel Edwards.

At McAuliffe HQ, A Trumpless Reality Sinks In

While Many GOP Senators Have Been Moved by Impeachment Trial, Rick Scott Calls it a “Complete Waste of Time”