WASHINGTON—Democrats’ failure to pass a minimum-wage increase could spur bipartisan negotiations to bridge the big gap between the party’s progressive wing, its centrists and Republican senators on raising workers’ pay.

As part of his original relief plan, President Biden called on Congress to raise the wage to $15 an hour by 2025, a key demand of progressives, and House Democrats included the proposal in the version of the legislation they initially passed. But the proposal fell apart in the Senate, where centrist Democrats opposed it and special procedural rules forbid its inclusion in the relief package.

Now, Democrats will have to reach an agreement on the wage increase among themselves and likely with Republicans to raise the federal minimum wage from its current level of $7.25 an hour, where it has been since 2009.

“It seems to me the universal agreement among not just Democrats, but Republicans who have recently introduced bills to raise the minimum wage, suggests that there’s broad bipartisan agreement,” said Sen. Chris Coons (D., Del.) recently. “So I do think there’s room for compromise.”

A vote Friday highlighted the splits in the Democratic caucus on the issue. When Sen. Bernie Sanders (I., Vt.) offered an amendment to the Covid-aid bill on Friday pushing for the Senate to override the rules and raise the minimum wage to $15 an hour, eight Democrats voted against it, including swing votes Sens. Joe Manchin of West Virginia and Kyrsten Sinema of Arizona along with Mr. Coons.

“I think they were planning on the $15 proposal, and now there’s I think a recognition that we’re going to have a different path forward,”

Mr. Romney and Sen. Tom Cotton (R., Ark.) have prepared their own plan that pairs raising the minimum wage to $10 by 2025 and creating a new requirement that employers verify the immigration status of their employees. A group of other Senate Republicans signed on to the proposal, with some additional GOP lawmakers saying they would be open to an increase.

“It is true that it hasn’t been raised in quite a while, and I think it’s worth discussing,” Senate Minority Leader Mitch McConnell (R., Ky.) said. 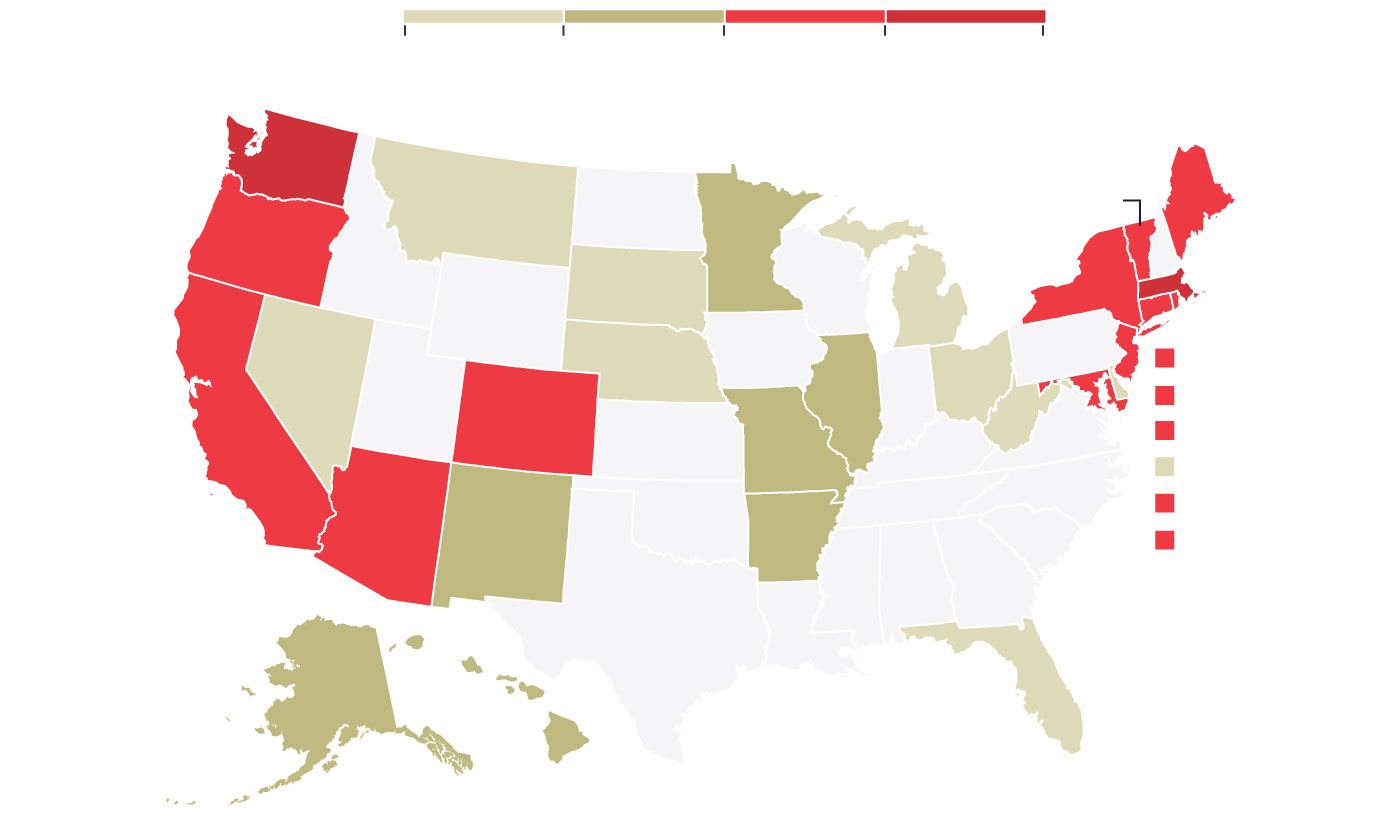 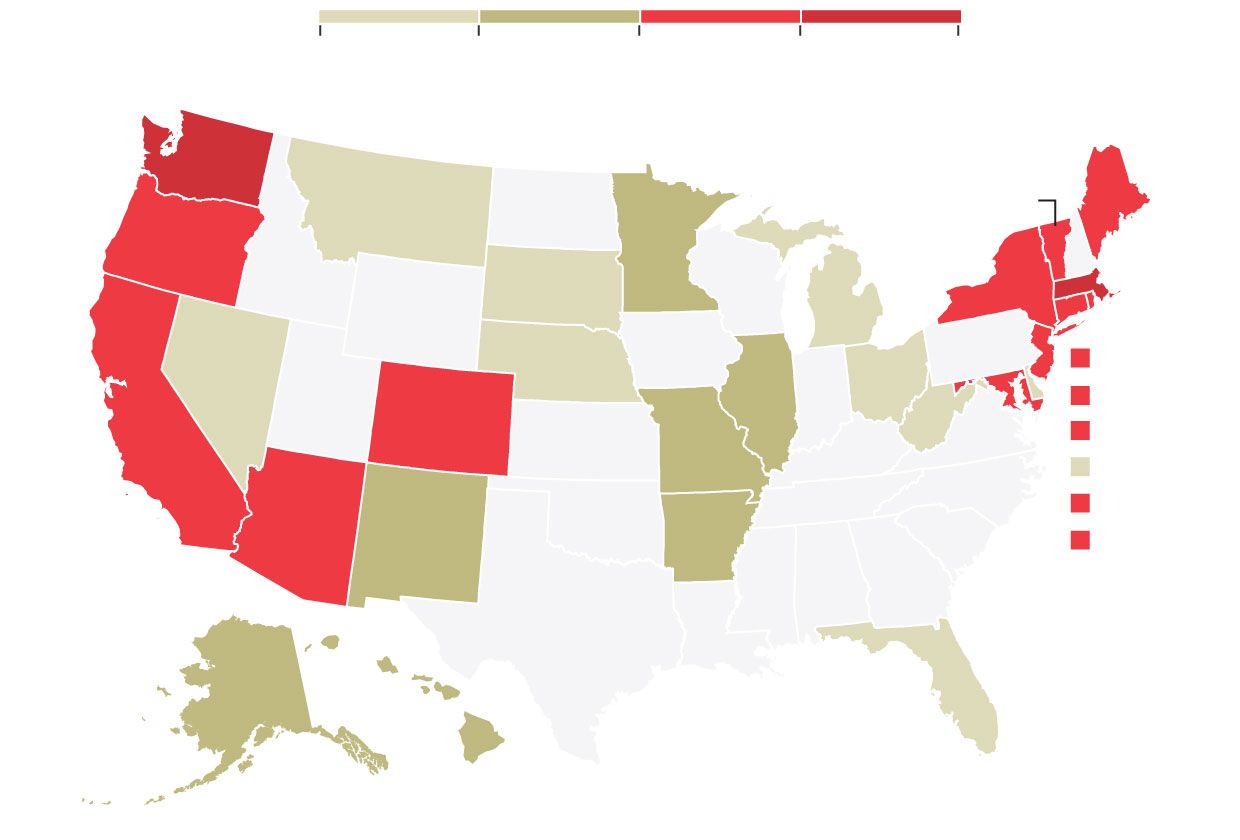 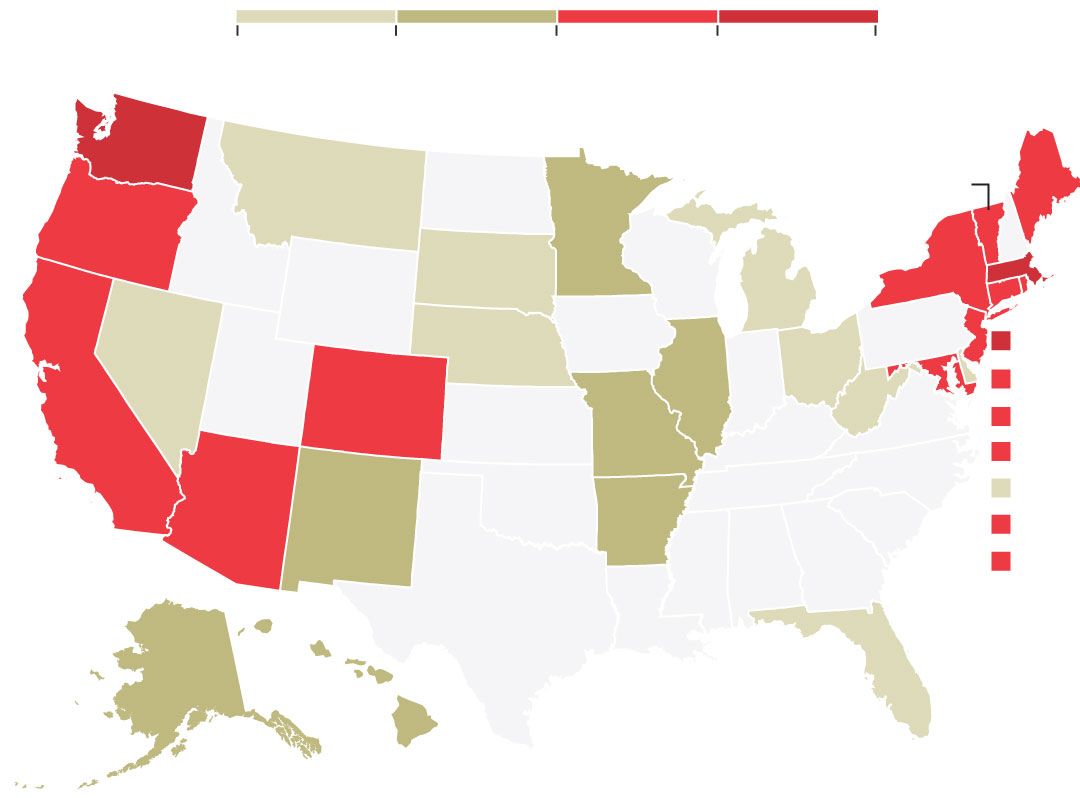 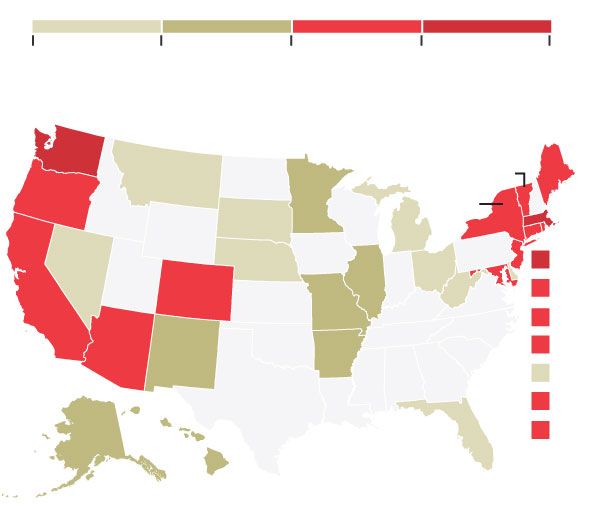 But any Democratic effort to compromise with Republicans on a minimum-wage increase would need to contend with demands from progressive Democrats and activists to not back down from $15 an hour. White House press secretary

said Friday that Mr. Biden will use his “political capital” to help achieve a $15 minimum wage, and said he wasn’t currently considering a lower rate.

“The president and his team are not engaged in conversations or negotiations about lowering the threshold for the minimum wage—just to be crystal clear on that,” she said.

The minimum-wage proposal set off a debate over the trade-offs of a higher wage, which economists project would provide pay increases for many workers but also cause job losses.

Sen. Manchin has said $15 is too high for low cost-of-living states and said he could support a minimum wage of $11 an hour. Other Democratic senators had expressed concern about the rate, as well as its extension to tipped workers, who currently must be paid a subminimum wage of as little as $2.13 an hour, as long as they earn the full minimum in gratuity.

The nonpartisan Congressional Budget Office last month said that raising the federal minimum wage to $15 an hour by 2025 would cost 1.4 million Americans their jobs, but could deliver raises for up to 27 million workers and lift 900,000 Americans above the poverty threshold.

Many economists say a smaller total increase or a raise spread out over more years would cause less job loss.

In 2019, a study from the CBO comparing various minimum-wage proposals at the time found that a $12-an-hour minimum wage by 2025 would reduce employment by 300,000, while increasing wages for up to 11 million workers and lift 400,000 above the poverty threshold. A minimum wage of $10 an hour by 2025 would have little effect on employment or poverty, while providing raises for up to 3.5 million workers.

The U.S. Chamber of Commerce, Business Roundtable and

the nation’s largest private employer, all support lifting the minimum wage from $7.25 an hour, but say a $15 pay floor could cost jobs, especially in more rural areas with a lower cost of living. The Chamber hasn’t endorsed a specific level, but indicated proposals from Sens. Romney and Manchin are in an acceptable range.

“If the progressive view is that it’s $15 or nothing, they may end up with nothing,” said

Will Democrats and Republicans be able to compromise on a raised minimum wage? Why or why not? Join the conversation below.

Progressive lawmakers and groups called on Democrats to ignore the parliamentarian and approve the wage effort, which the White House rebuffed.

(D., Calif.) said that letting the parliamentarian’s ruling stand will complicate any future effort to raise the wage without Republican support.

“If we allow the parliamentarian’s ruling to stand as valid then you’re making it very hard to argue six months from now it can be done,” he said.

After the parliamentarian’s ruling, top Senate Democrats briefly considered a plan to compel companies to raise the wage they pay workers through tax penalties and incentives. But some activists were opposed to the idea, and lawmakers scrapped the plan after it hit resistance and they faced a tight timeline for approval, according to people familiar with the change.

For activists, the Biden administration’s decision to include the minimum wage raised their expectations for what Congress should accomplish on the issue.

the president of One Fair Wage, an advocacy organization for restaurant workers.

Woman kills man and his dog in hit-and-run while fleeing from another hit-and-run only moments before: Police

Sam Cassidy: What we know about the San Jose shooting suspect

An alligator from Louisiana was discovered on a South Texas beach over 400 miles away, raising questions about how it got there