John Sanders, then the acting commissioner of U.S. Customs and Border Protection, attends a news conference on Capitol Hill in 2019 during a surge of migrants at the U.S.-Mexico border, when at least five children died after being detained by federal authorities. 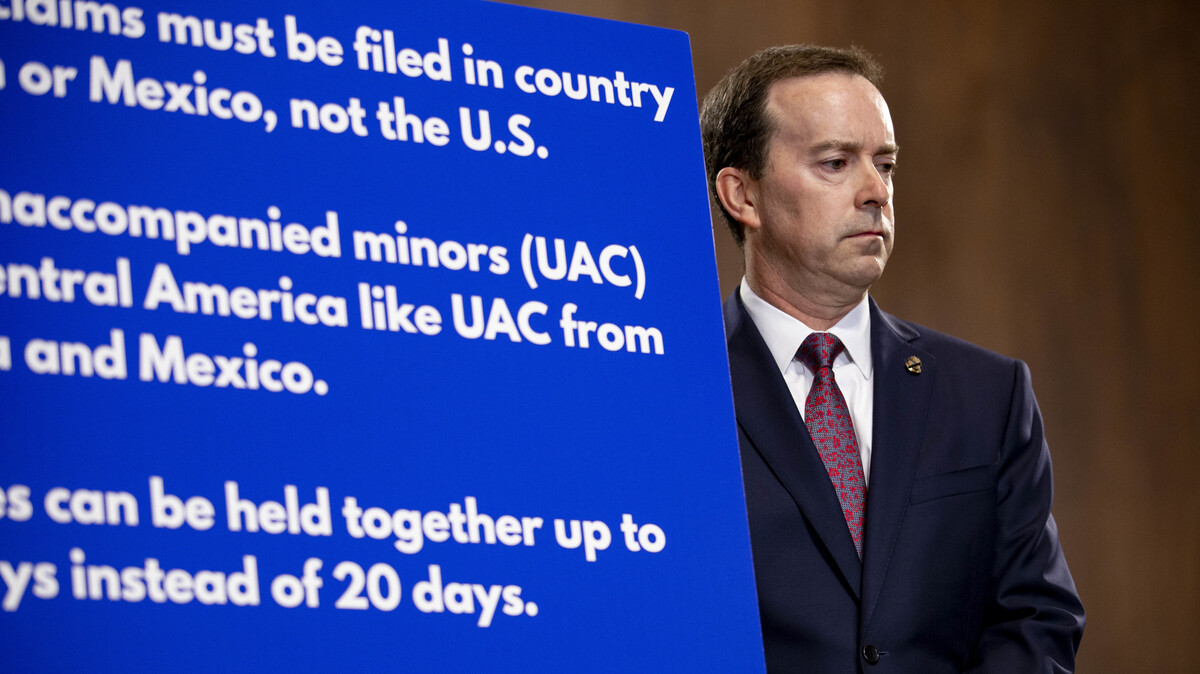 John Sanders, then the acting commissioner of U.S. Customs and Border Protection, attends a news conference on Capitol Hill in 2019 during a surge of migrants at the U.S.-Mexico border, when at least five children died after being detained by federal authorities.

The 16-year-old boy from Guatemala died in the care of U.S. Customs and Border Protection during the last record-breaking detention of unaccompanied minors during the Trump administration, when Sanders led the agency. The former acting CBP commissioner spoke exclusively to NPR about that experience and his concerns about the current crisis.

“My greatest fear and the hardest thing for me when I was at CBP was the death of children,” said Sanders, his voice breaking with emotion. “My greatest fear is children will die, and that’s what I think we have to make sure never happens.”

At least five children died in custody or after being detained by federal immigration agents at the border during that surge in 2018 and 2019, when as many as 2,600 children were being held in border facilities.

The U.S. government had more than 4,200 unaccompanied migrant children in its custody as of Sunday, according to a Department of Homeland Security document obtained by NPR.

The children are spending an average of 117 hours in detention facilities before being moved to more hospitable shelters run by the Department of Health and Human Services — far longer than the 72 hours allowed by law.

“HHS has the capability in terms of medical treatment. They have the capability and in terms of helping them psychologically. They’re separated from families. And that has to be incredibly dramatic,” Sanders said. “They have that support structure in place for the children. That just does not exist from a law enforcement agency.”

Hernandez died of complications from the flu. So did Felipe Gomez Alonzo, 8, another child whom Sanders thinks about a lot. Jakelin Caal, 7, died of a bacterial infection.

Sanders said kids who arrive at the border facilities are already physically and emotionally strained after weeks — if not months — of traveling under very difficult conditions.

“What is heartbreaking to me is that history is repeating itself,” Sanders said. “And there is no surprise to people that this was going to occur. I’m not making a political statement there. It’s just I think we as a country have to figure out and have some tough conversations, so this doesn’t keep happening again and again. Because it’s the children who suffer at the end of the day.”

He is not alone in those fears.

“I am terrified about the number of kids in these Border Patrol facilities. It’s really worrying,” said Clara Long, the associate U.S. program director at Human Rights Watch.

Back in 2019, Long served as a detention monitor for the legal team that advocated for the children in court. She testified to Congress at the time about sick kids sleeping in cells and older children caring for younger ones.

She largely blames the Trump administration for hollowing out what little infrastructure existed to handle these cyclical flows of unaccompanied minors.

But Long also raises concerns about transparency in President Biden’s administration and questions why detention monitors like herself have been blocked from seeing certain areas of concerning facilities.

David Lapan, a former senior official in Trump’s Department of Homeland Security, said the former president was more focused on sending a message about enforcement than caring for the children.

“I think the big difference today is you have an administration that is more concerned about conditions and inhumane treatment and less about enforcement, but also finding itself with an influx of unaccompanied children and not adequate facilities in which to house them,” he said.

Sanders, the former acting CBP commissioner, quit the Trump administration in the midst of the last border crisis.

He described the deaths of children on his watch as a transformational experience and now works with an organization, Glasswing International, that works to address the root causes of migration in Central America.

Universities, other institutions suing insurers for not covering COVID-19 losses

China Plans to Ask U.S. to Roll Back Trump Policies in Alaska Meeting

Biden Wants New Ban On Assault-Style Weapons. What Lessons Were Learned From The 90s? : NPR