Collisions at sea: The best tech to help you stay safe

Sam Fortescue looks at the latest technology on the market to help cruisers avoid collisions at sea, offering safer sailing for all

Keeping a good lookout may still be the best way of avoiding collisions at sea, but there is a battery of technology to make the task easier.

Computing power that was inconceivable on a yacht just a few short years ago is now commonplace, and that has opened up a world of new capabilities.

There’s AIS, of course, which is a relatively low bandwidth technology that is simple to set up with an alarm to warn you of approaching vessels.

The next step up is a dedicated warning device like the new Oscar which promises to potentially dramatically reduce collisions at sea.

This masthead mounted unit uses thermal and optical cameras to scan the surface of the sea ahead for obstructions. It can spot objects from one metre squared and sound an alarm, but it can’t see past the surface.

Forward-looking sonar provides an eye below the waterline. In perfect conditions, it could in theory spot a submerged container or a whale awash, but its main function is to scan ahead for rocks and shallows.

Based on VHF radio technology, AIS is the first line of defence against collisions at sea.

Simple receivers are available to see other vessels, but you should be looking for a transponder that will also broadcast your own position.

Class B is designed for leisure use – Class A is a more powerful commercial grade that costs more too.

An enhanced Class B, dubbed B+, offers 5W of power instead of 2W and guarantees you visibility even in congested waters thanks to the use of SOTDMA technology. 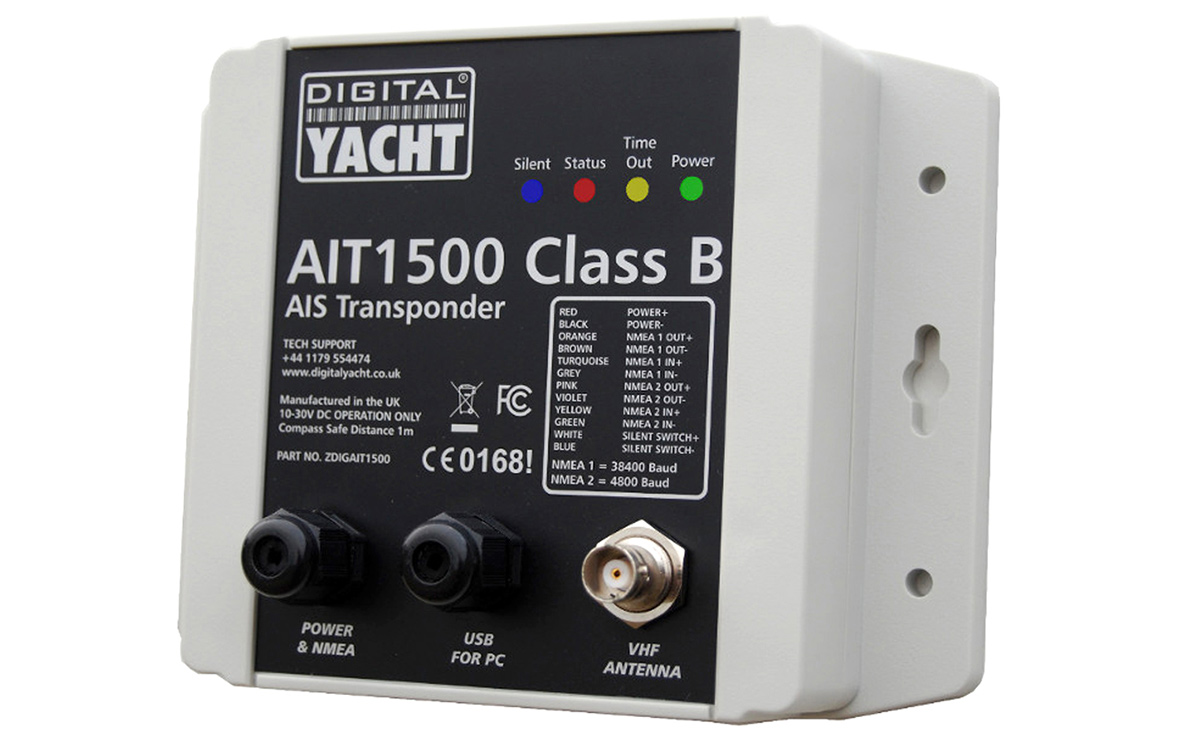 This is an entry-level Class B transponder with NMEA 0183 interface.

Buy it now from Amazon (UK) 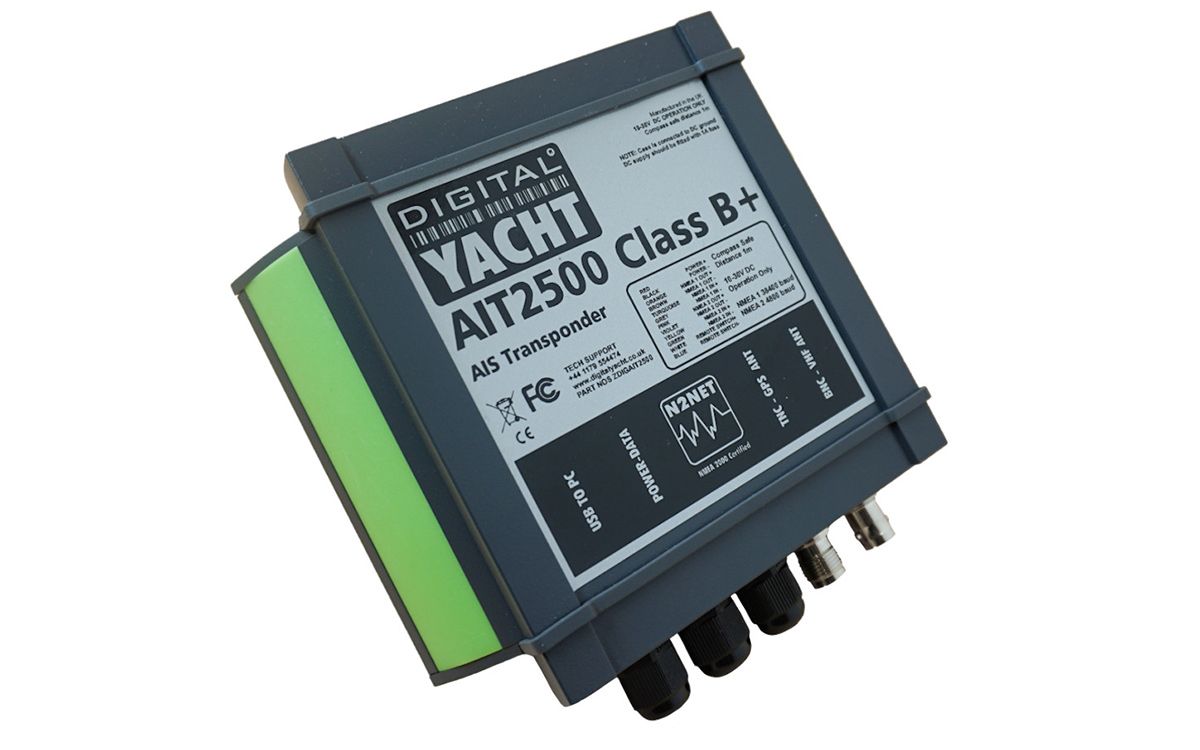 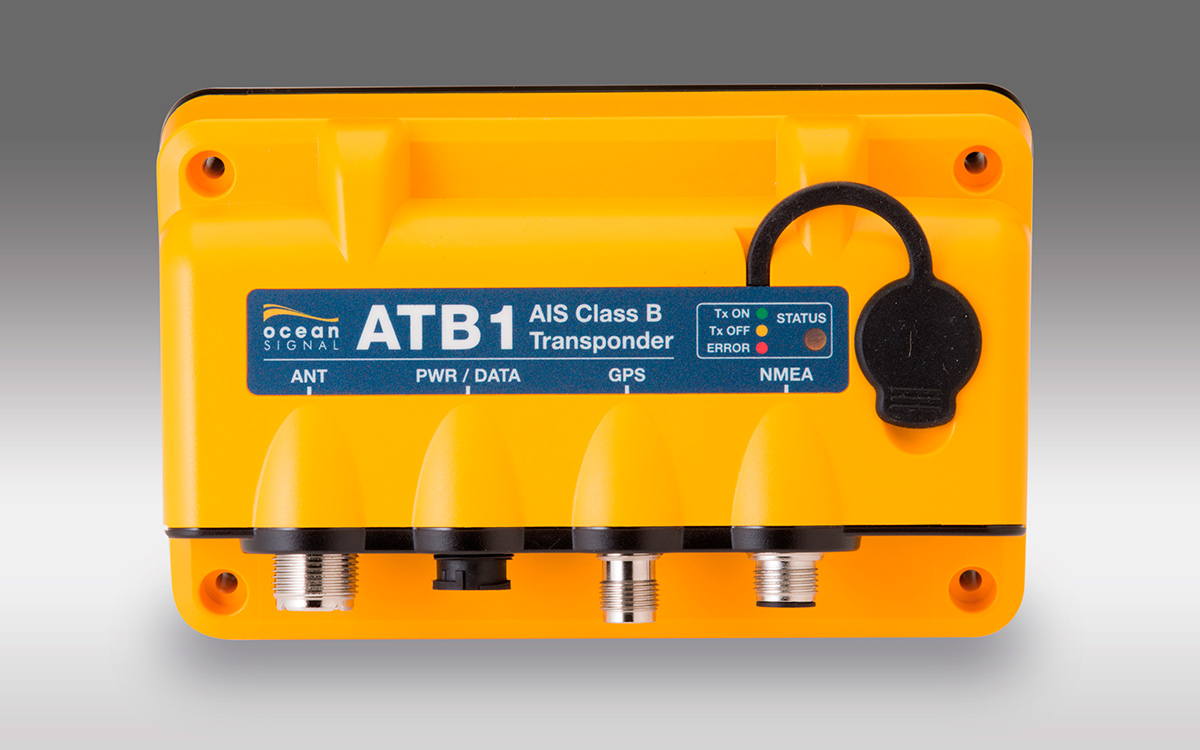 Well-engineered Class B+ unit with a built-in GPS, as well as top connectivity options, including wifi. 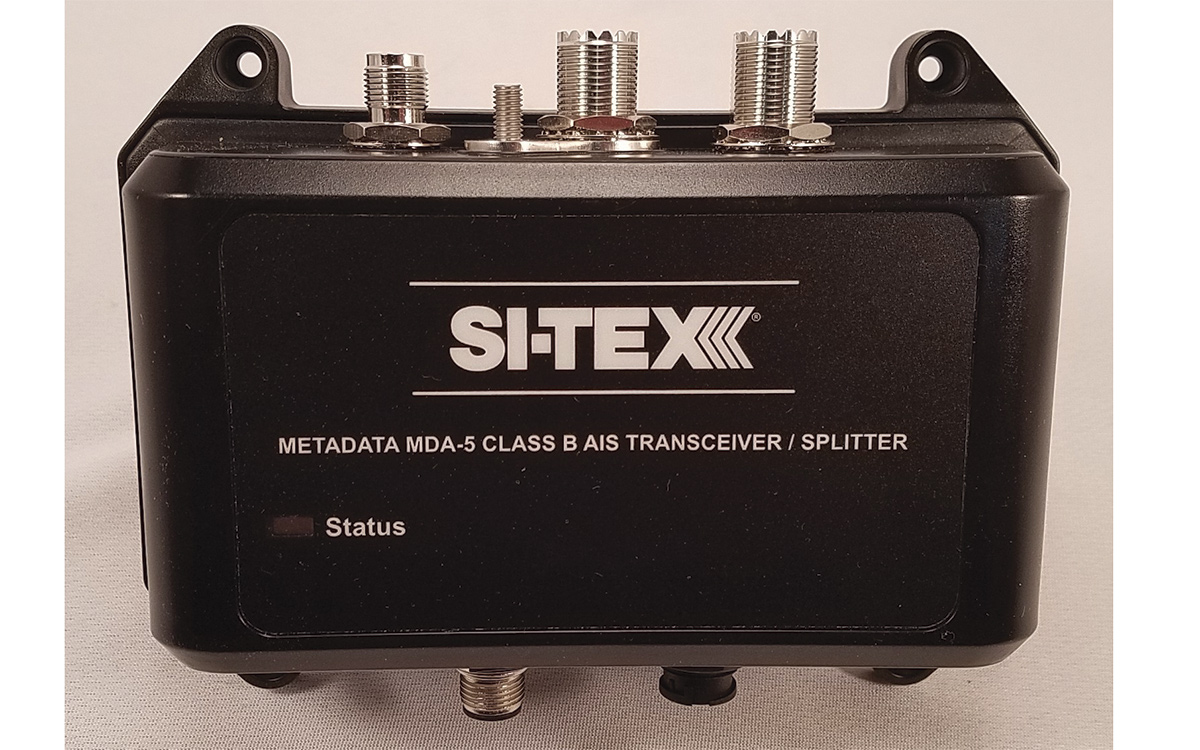 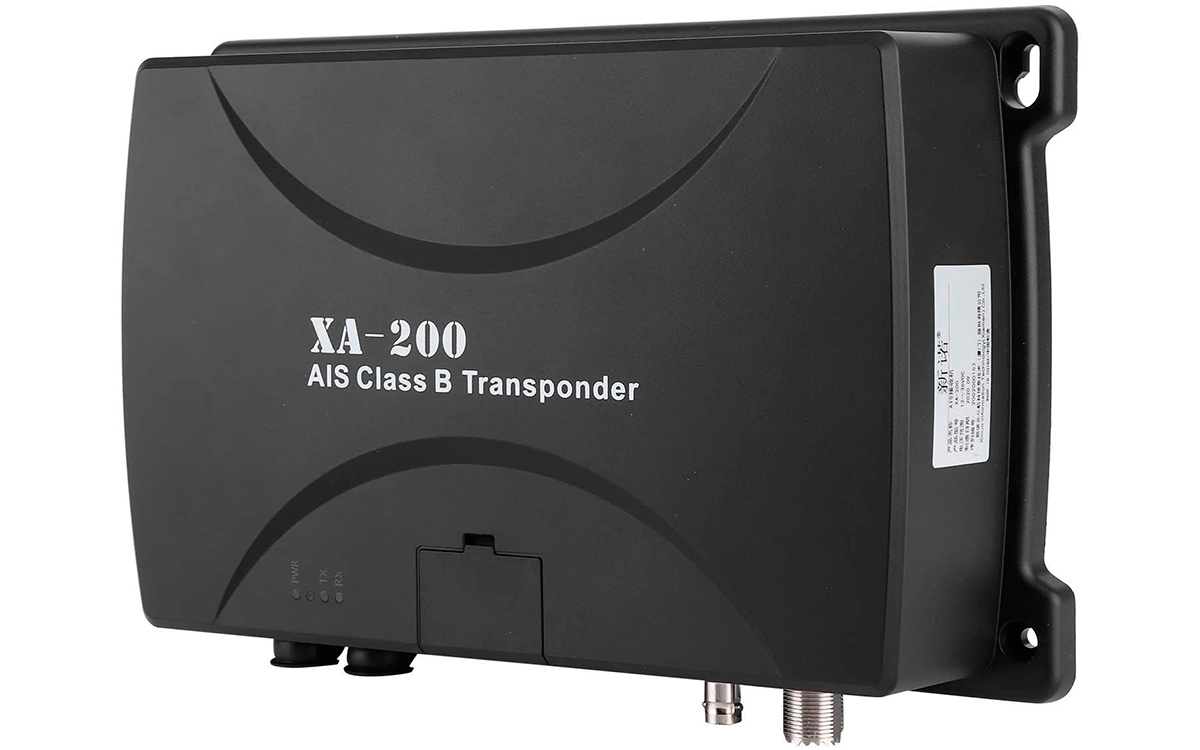 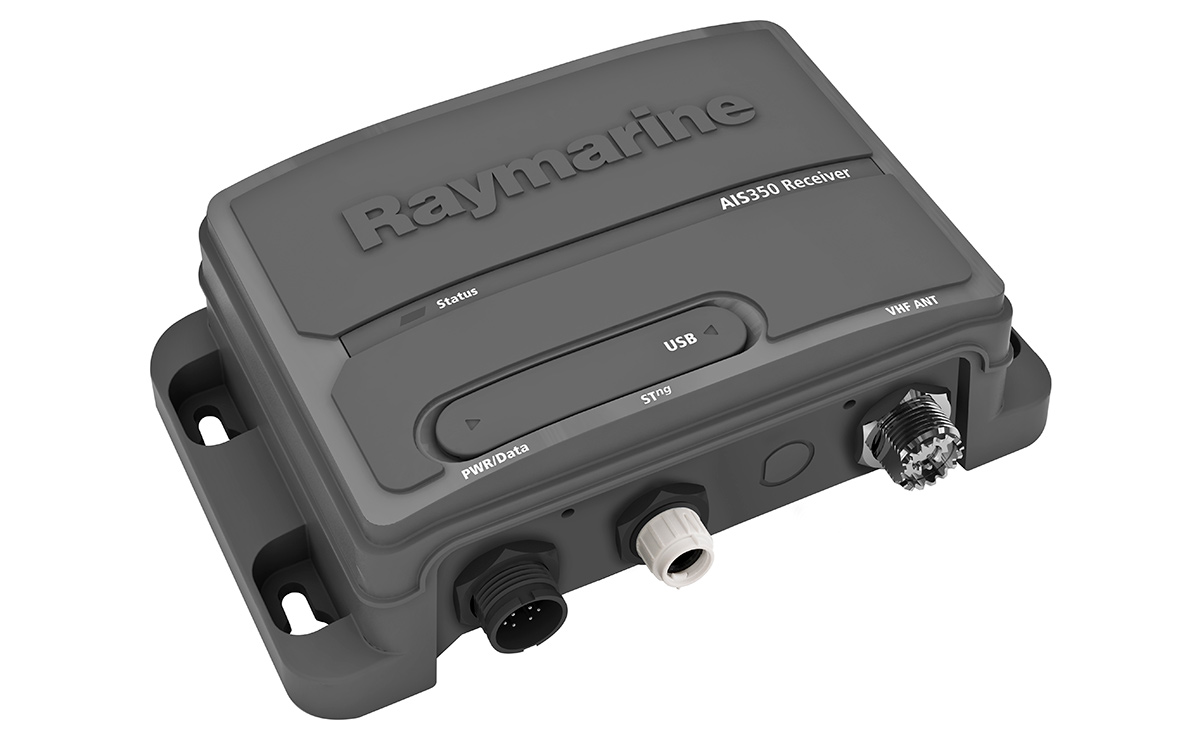 Networks with other Raymarine gear over SeaTalkNG and offers a USB port.

Solid state radar is both lighter and less power-hungry than traditional magnetron radar, so it’s a natural choice for sailors.

It uses so-called Chirp technology, which gives an exceptionally clear image close to the boat, but is less effective beyond 24 miles’ range.

The best models have dual range receivers and offer Doppler target tracking, which can instantly identify whether a target is moving towards you or away. 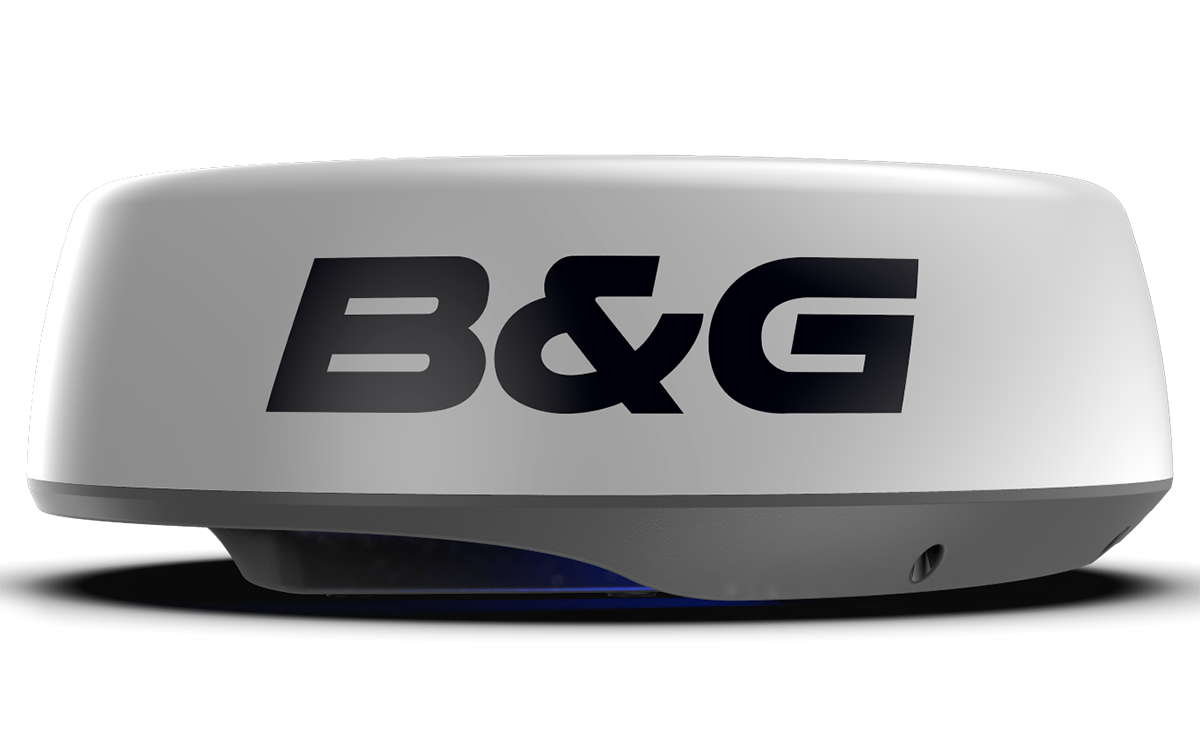 Powerful dual-range radar for simultaneous near and far scanning up to 48 miles. Includes VelocityTrack Doppler technology. 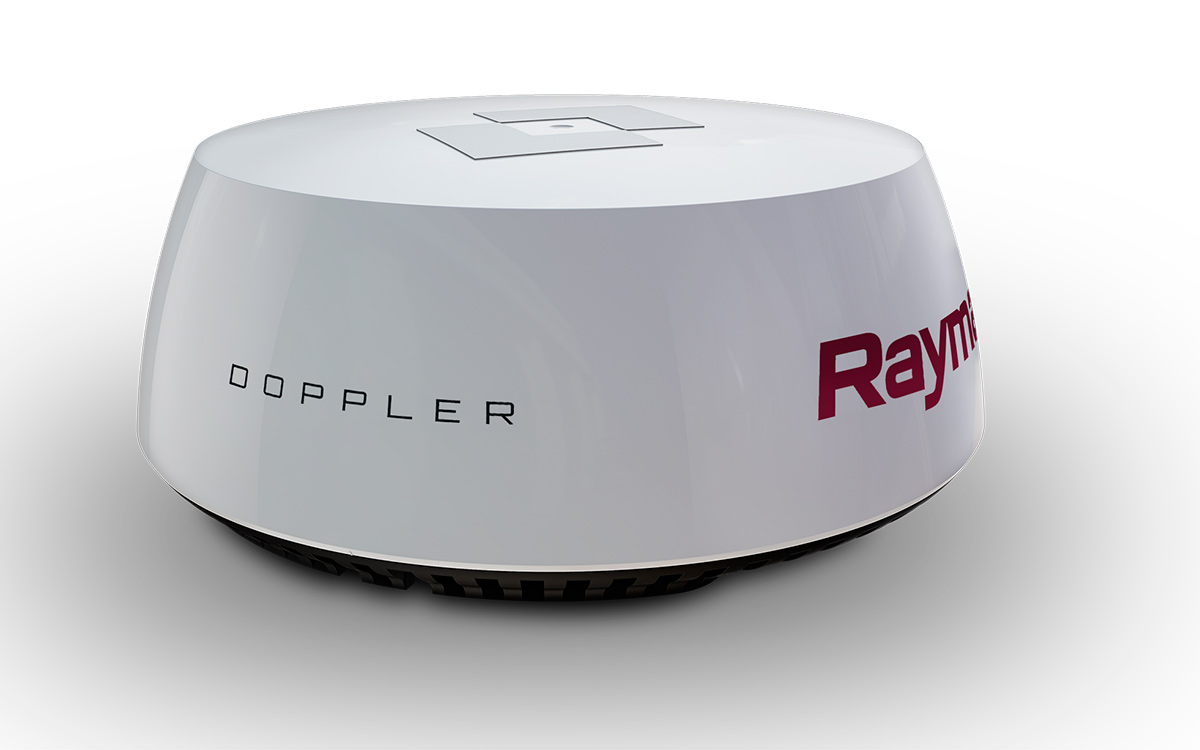 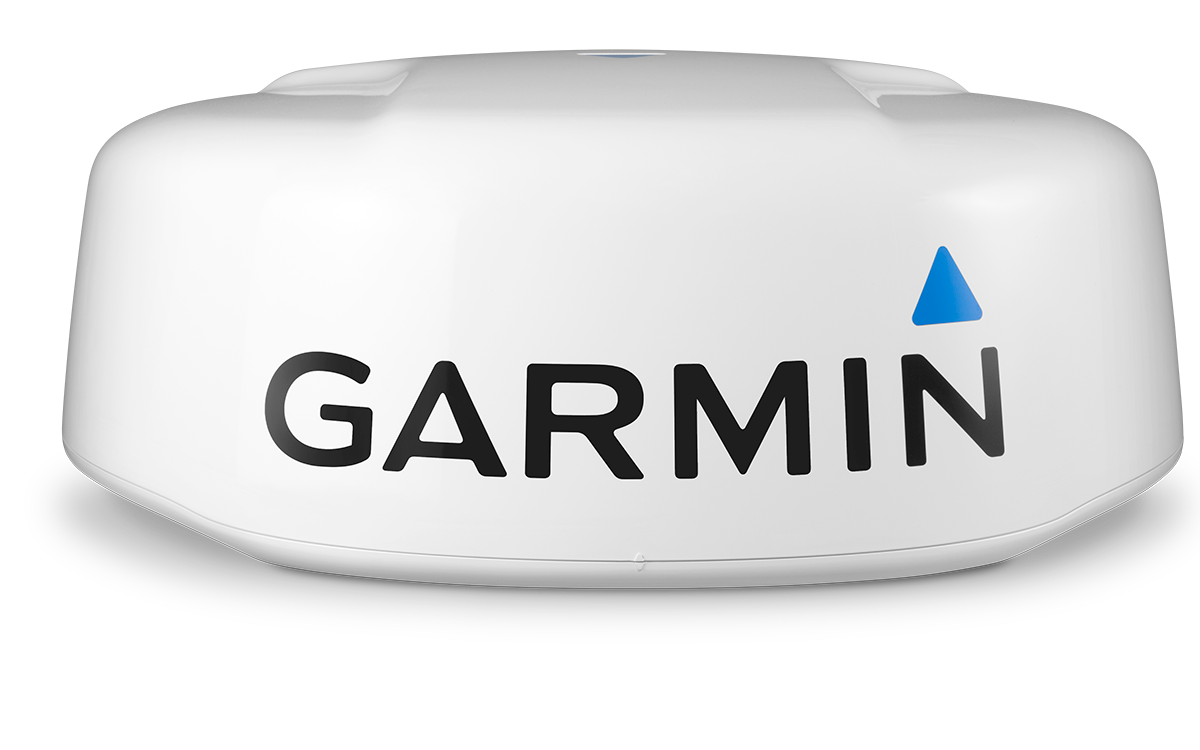 Available in an 18in or 24in format for increased range and target separation. Offers Doppler target identification under the MotionScope moniker. Dual speed for faster updates or lower power, and you can run a split-screen display showing two different ranges up to 48 miles.

Buy it now from Garmin 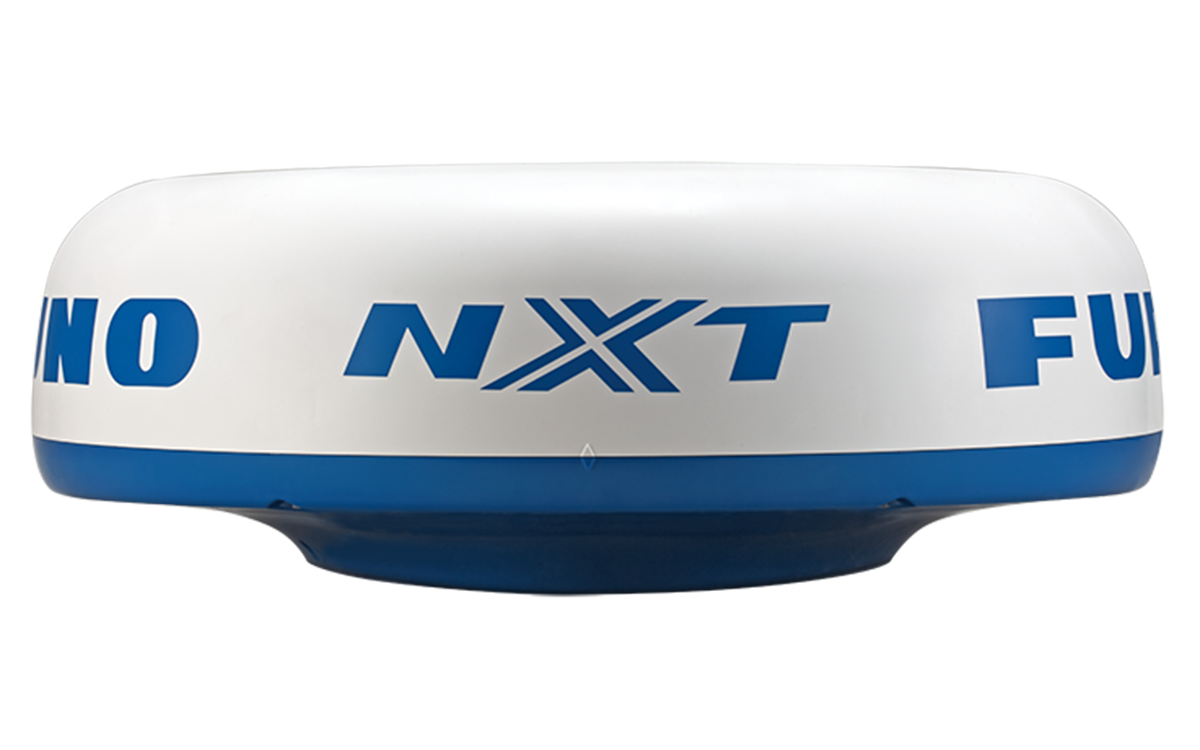 One of the first to market with solid-state radar for yachts, Furuno’s NXT unit is a great option, complete with Doppler tracking technology and resolution sharpening.

Buy it now from Force4

With a wedge-shaped 2in transponder poking through the hull close to the traditional echosounder, forward-looking sonar can peer ahead 8-10 times the water’s depth.

This should give you a few boat-lengths warning of a grounding in shallow water – and up to 100m view ahead when it’s deeper.

The read-out is a two-dimensional image of the seabed ahead which can be combined with charts or other sonar data, depending on the manufacturer. Pick a unit that is compatible with your MFD for best results. 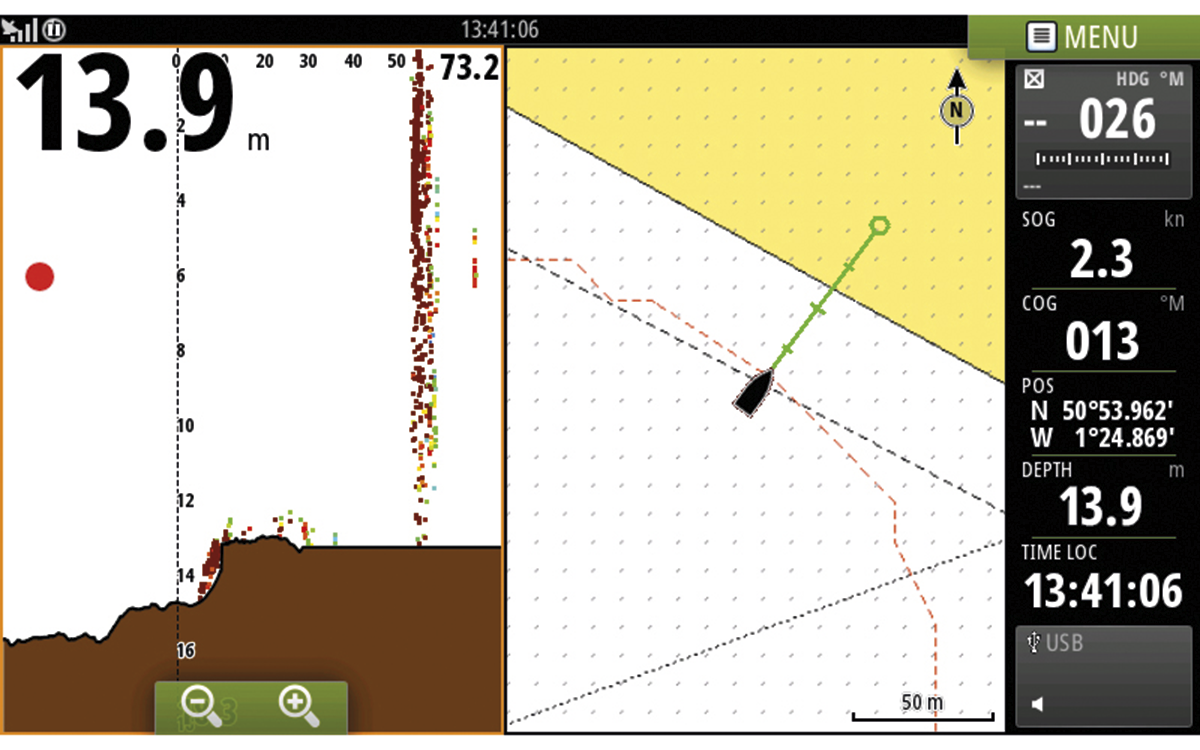 Plugs straight into B&G’s latest Zeus 3 or Vulcan (2016 or later) MFDs with a short cable run. For older units, you’ll need a SonarHub Module to make sense of the signal. This black box also carries inputs for Chirp and structure scanning sonar. It plots a simple 2D view of the seabed ahead of the boat in colours that vary according to the depth, so you can identify medium and shallow water at a glance.

Buy it now from B&G 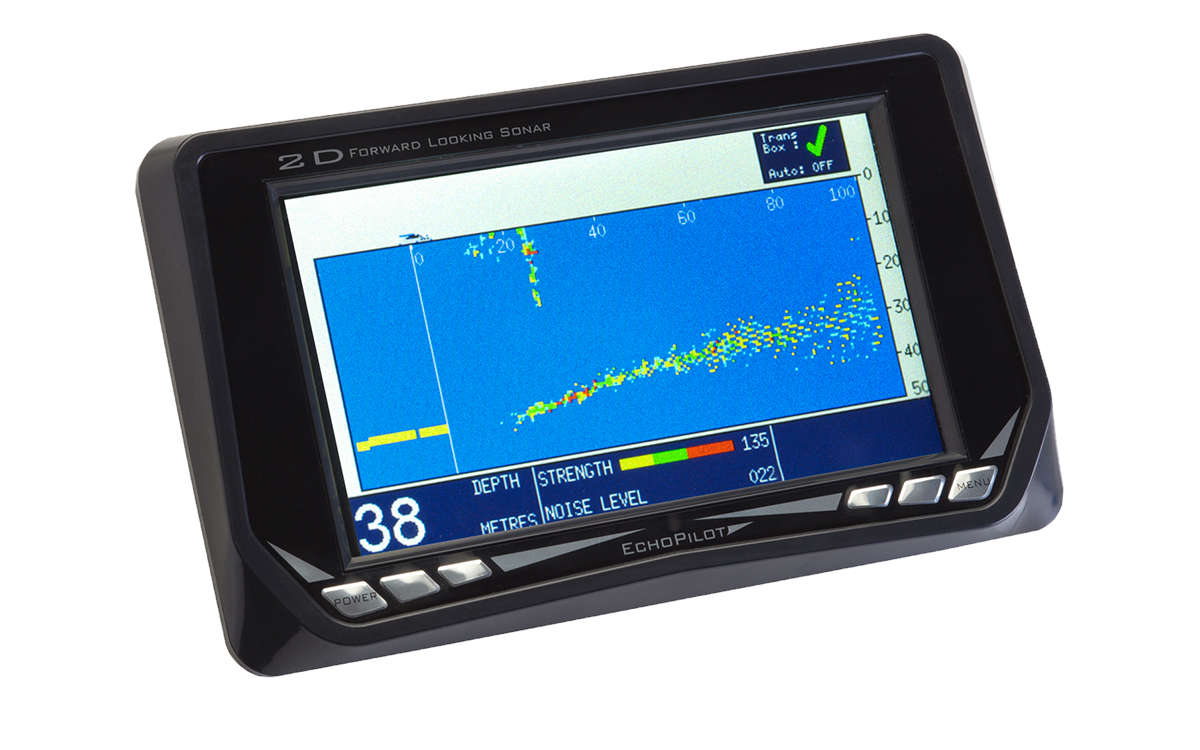 The 2D package comes with a dedicated 7in colour TFT display, for a stand-alone system. Or choose the more expensive black box Platinum version to feed data in via your MFD’s video input. Either way, the unit shows the seabed ahead as a series of points according to the echoes it receives, rather than a solid line, leaving you to interpret what you’re looking at. It has a better-than-average range of 10 times the water depth and allows you to set alarms.

Buy it now from Bluev 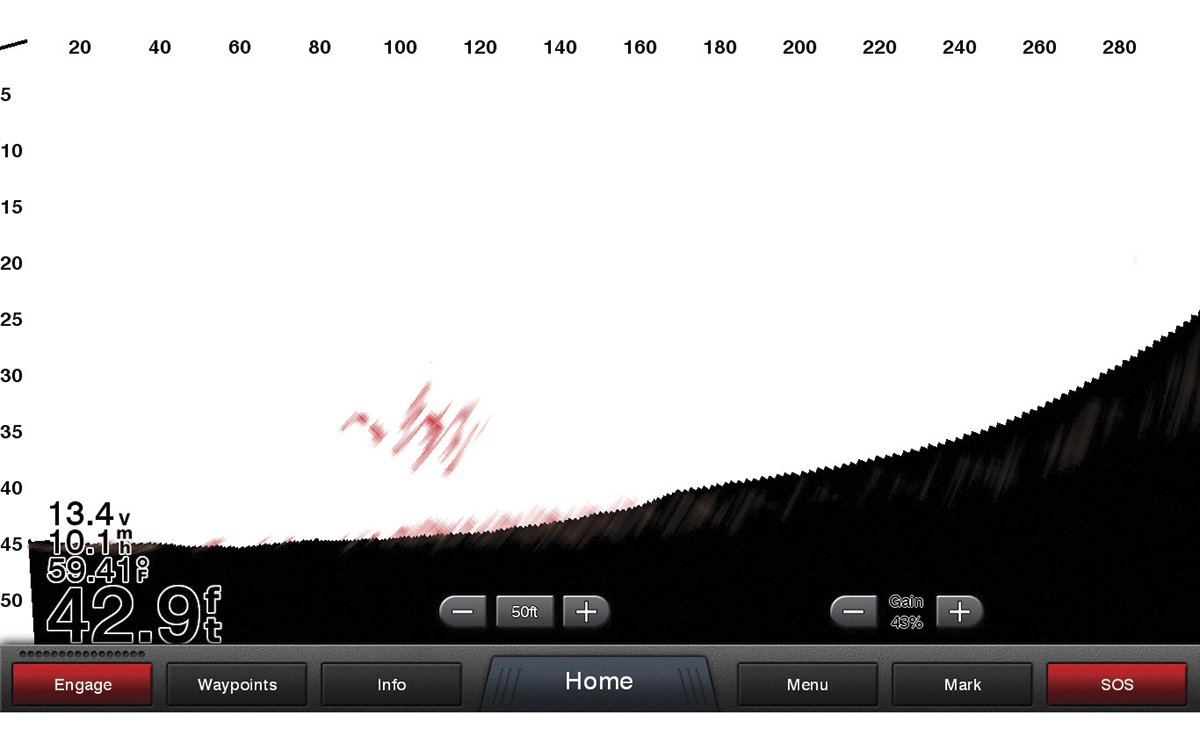 Garmin’s system requires the Panoptix PS51-TH transducer, which also reports depth and water temperature. Not only that, but it can detect fish moving up to 30m below or in front of the boat using its LiveVü function.

The unit operates at 417kHz and consumes 15W continuous, communicating with your Garmin display via the ethernet input. Standard cable length is a parsimonious 6ft, but this can be extended as far as 50ft.
Panoptix PS51-TH £1,360

Buy it now from Garmin 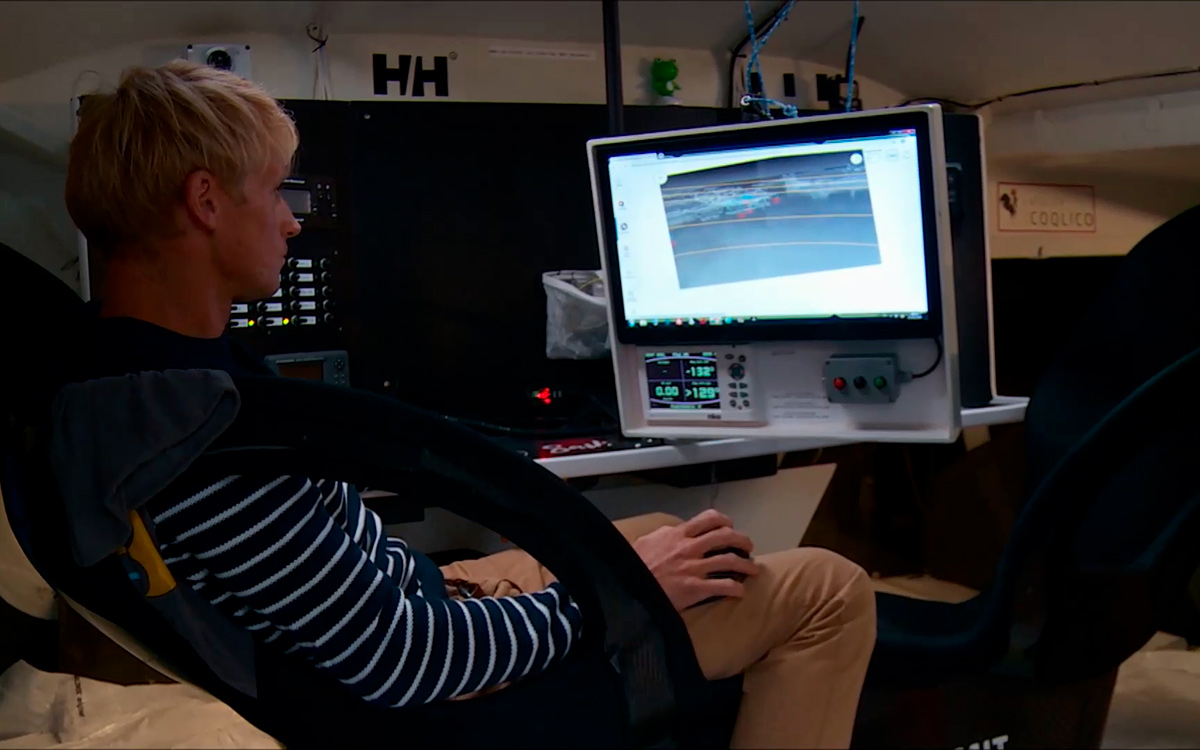 Powerful artificial intelligence built around video and infrared cameras can spot other yachts from 600-1200m away, plotting a little box around them on screen in video mode, or as a blob on the radar-style view.

Smaller objects down to around one square metre can be spotted from 75-150m away, depending on whether you choose the simplest (and cheapest) 320 model or the more effective 640 model. Oscar syncs perfectly with the main brands of MFD, with a dedicated app that allows you to set a proximity alarm.

Advanced models separate the cameras from the processing unit, which saves 240g at the head of the mast and moves it to a black box mounted below deck.

Buy it now from Boatoon

If you want to learn more about the development of technology to help avoid collisions at sea, pick up a copy of the April issue of Yachting Monthly, where Sam Fortescue provides a full explainer of the technology involved and why we can all expect safer cruising in the coming years.

8 Ways for Sports Lovers to Make Some Extra Money