College Admission Season Is Crazier Than Ever. That Could Change Who Gets In.

Ivy League schools and a host of other highly selective institutions waived SAT and ACT requirements for the class of 2025, resulting in an unprecedented flood of applications and what may prove the most chaotic selection experiment in American higher education since the end of World War II.

The question hanging over higher education this month is whether this influx will permanently change how colleges select students and, ultimately, the makeup of the student population.

Interviews with college-admissions officials and public and private high school counselors point to an epic effort behind the scenes to make tough judgment calls at the highest speed. Colleges send out the bulk of their decision notices in March and early April, but it won’t be widely known how the incoming freshman classes will look until late summer or early fall. Added to the uncertainty will be whether students who deferred enrollment during the last admissions cycle will decide to enter school this year.

Harvard University received more than 57,000 freshman applications for next fall’s entering class, a 42% year-over-year jump. Yale, Columbia and Stanford universities were so overwhelmed they also pushed back the date to announce admission decisions. The University of Southern California’s applications pool beat the prior record by 7%. And New York University topped 100,000 applications, up 17% from last year.

With less focus on standardized tests scores, which numerous studies have shown are correlated with family wealth, that could mean accepting more low-income students from under-resourced high schools. Colleges say that without SAT or ACT results they’ll give greater weight to teacher recommendations and signs of intellectual curiosity, and judge candidates in the context of their environments.

The pandemic “is calling on us to walk the talk,” when it comes to thinking more broadly about assessing applicants, said

vice provost for enrollment and dean of admissions and financial aid at Dartmouth College. Dartmouth saw a 33% rise in applications after it waived standardized test scores this year.

Mr. Coffin says he is conflicted about going test-optional. Before the pandemic Dartmouth considered standardized test scores to be among the most important information alongside grade point average, essays and class rank. Seeing strong scores helps his team feel more confident that admitted students could cut it at the Ivy League institution. “It becomes a moral question,” he said. “I don’t want to admit someone who is going to struggle.”

Some veterans in the field are skeptical that waiving standardized tests alone will have a big impact. Sam Bigelow, director of college counseling at Middlesex School in Concord, Mass., said some underrepresented students may get a boost without borderline test scores holding them back.

Select coverage from the WSJ’s education bureau on the state of schools and learning, curated by bureau chief Chastity Pratt and sent to you via email.

“But I don’t think it’s tipping the scale on access and equity,” he said. “More than anything else it’s just making these applicant pools disturbingly big. It’s by and large just making more kids for them to reject.”

Students who don’t submit test scores could be considered riskier if they are applying from a high school that doesn’t have a history of sending students to a particular college, Mr. Bigelow said, noting that it isn’t obvious whether straight-A’s in a middling high school translate into an ability to handle work at rigorous colleges.

Testing isn’t the only conundrum admissions officials are confronting. Grade-point averages—normally a key data point—were complicated by last year’s spring semester, when many high schools offered pass-fail options to students who were suddenly finishing junior year online. Sports and other extracurricular activities were canceled in pockets of the country, stripping teens of leadership opportunities to boast about on applications.

Still, tests are the biggest single X-factor this year. Test administrations for the SAT and ACT across much of the country were cancelled because of public-health concerns about crowding teens into auditoriums. More than 1,600 four-year colleges didn’t require that applicants submit standardized test scores this admissions cycle, since so many students couldn’t take the exams as scheduled. The movement behind test-optional policies had gained some high-profile backers over the past decade, but the trickle turned to a tsunami when 600 more joined the roster since last March.

Many highly selective schools, including Amherst College and Princeton University, have already extended their test-optional policies for at least another year. College counselors and some admissions officers say it will be tough to reverse course.

With the gates to many more selective schools no longer guarded by standardized tests, tens of thousands of additional students applied. In a year when nothing was certain, anything seemed possible—so what the heck, seniors thought, why not apply to Harvard?

An academic high achiever, Ms. Sayed is enrolled in a prestigious STEM program that draws top students from the city’s three public high schools. She said she has a 4.2 GPA and ranks in the top 2% of her class. But her SAT test, which she finally took in October after two cancellations, was a disappointment. She said she scored below her target of 1400, which itself would have placed her below the 25th percentile for the current first-year class at Stanford University, one of her targets.

So she pivoted, submitting her SAT score only to safety schools where she would measure up well, and omitting it for the others. Her final list included local options like Wayne State University and the University of Michigan—to which she has already been admitted—as well as Harvard, Yale, the University of Chicago and the Massachusetts Institute of Technology.

“It was a lot easier to apply to some of those higher-reach schools” without the score, said Ms. Sayed. “It didn’t feel like I was at a disadvantage. Why not just shoot my shot?”

Admissions officers at top-ranked colleges and universities have long boasted of conducting a holistic review of applicants, putting academic qualifications into context. Did a teen take the hardest courses offered at her high school, or pull straight-A’s with less challenging classes? Did a candidate maintain a 3.9 GPA with few distractions, or while working part time at the drive-through, taking care of an ailing parent and playing varsity soccer?

And who deserves priority for a coveted spot: the one who thrived on an easier path, or the one who did all right despite having a more hardscrabble background?

At the Georgia Institute of Technology, 37% of applicants this year omitted test scores. Rick Clark, who runs undergraduate admissions at the public university, said most applicants earn top marks in advanced calculus classes as high school juniors and seniors, and so the admissions office doesn’t fixate on the math portion of the SAT, which barely touches on precalculus.

“I think what would blow people’s minds is how fast we get past the numbers,” Mr. Clark said.

More than three-quarters of those who took the SAT and enrolled as first-year students at Georgia Tech in the fall of 2019 earned a 700 or above on the math portion of the exam, out of a possible 800.

Some families remain wary that schools will really consider two applicants equally if one submitted a score and another didn’t. Students around the world scrambled throughout the summer and fall to find open test sites, some driving hours to sit for the exams with hopes that a strong score would still set them apart. In some cases, admissions officers said, those who submitted files without scores were often less competitive across multiple measures.

That theory is supported by early acceptance data at some schools. The University of Pennsylvania admitted 15% of those who applied in its binding early-decision round. While about two-thirds of the applications included test scores, three-quarters of those admitted did.

How has the pandemic upended the college application process for students in your life? Join the conversation below.

Schools have made significant headway this year in connecting with a broader pool of prospects, thanks in part to the necessity of virtual information sessions and campus tours. Admissions officers used to visit the same roster of high schools each year and stop by capital cities of some countries, but rarely traveled to rural schools or those that hadn’t sent graduates their way before.

“It’s just a lot easier when you can do it over Zoom, to cover new territory,” said MJ Knoll-Finn, NYU’s senior vice president for enrollment management and student success. Applications from the Midwest, as well as from countries like Egypt, Kenya and the Philippines, skyrocketed this year, as did bids from Black and Latino candidates. The pandemic “accelerated something that we probably should have been doing already,” she said, adding that the school will continue a mix of in-person and virtual outreach after travel becomes safer.

There are signs that students from diverse backgrounds may actually lose out this year. Applications for federal aid from high-school seniors are tracking 9.1% below last year, according to the National College Attainment Network, with even sharper declines among students from low-income high schools and schools with large minority populations.

And at the same time the most selective schools are overwhelmed by applications, colleges without national name recognition and ones that generally draw more low-income and first-generation college students reported declines. Freshman applications to California State University Dominguez Hills, for example, fell 13% this year. At what the State University of New York calls its “university colleges,” generally in smaller cities without doctoral programs, applications were off by 17%. 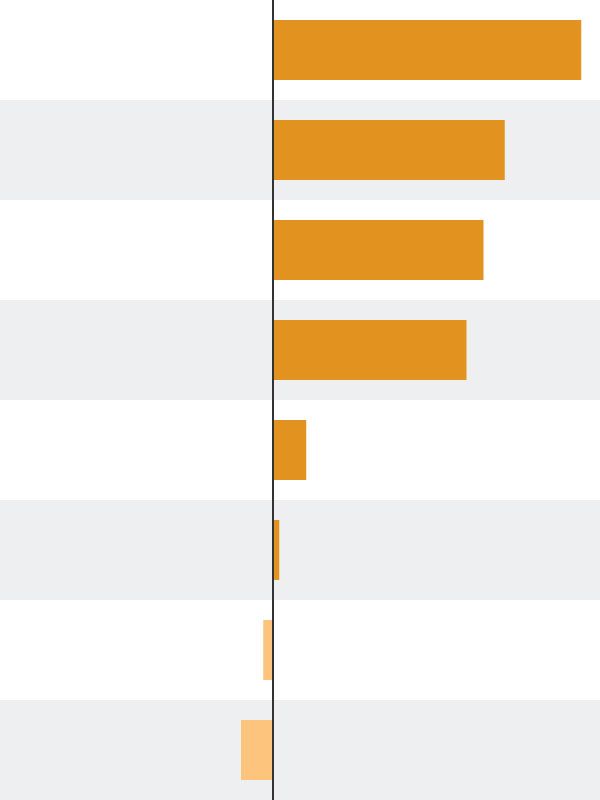 Data from the Common App, a standard application used by more than 900 schools, show that applications through March 1 were up 11% nationwide. But the number of applicants rose by just 2.4%, meaning roughly the same number of students are just sending out more applications. The flurry of applications was concentrated at more selective colleges.

“Kids are sending out more applications out of nervousness, out of anxiety, just saying, ‘Let’s see what happens,’” said Cynthia Rivera, who oversees counseling at New Canaan High School in Connecticut. Seniors there applied to an average of 10 schools this year, up from eight last year.

Greg Roberts, dean of undergraduate admissions at the University of Virginia, is concerned about whether the soaring numbers affect his team’s ability to stay focused while reviewing applications. Applications there rose by nearly 17% this year; 43% didn’t include standardized test scores.

“The fear is that your team gets exhausted and beaten up reading so many applications all hours of the day for six months, and the end goal is a number and not a person,” Mr. Roberts said. “Can colleges and universities continue to read in a way that allows them to make the best, most thoughtful decisions when they’re dealing with such a high volume? I don’t know the answer to that.”

Readers at Williams College work in pairs, and try to analyze 45 to 50 applications each day.

Elizabeth Creighton, dean of admission and financial aid, breaks up the long reading sessions with burpees—doing a squat thrust, a push-up and then standing up straight—one set every hour and a half.

“I get through about 50 burpees over the course of the day,” she said. “They are getting a little easier.”

Write to Melissa Korn at melissa.korn@wsj.com and Douglas Belkin at doug.belkin@wsj.com

For The First Time In 56 Years, A ‘Bloody Sunday’ Without John Lewis : NPR