A demonstrator wears an Oath Keepers anti-government organization badge on a tactical vest during a protest outside the Supreme Court in Washington, D.C., on Jan. 5, 2021. 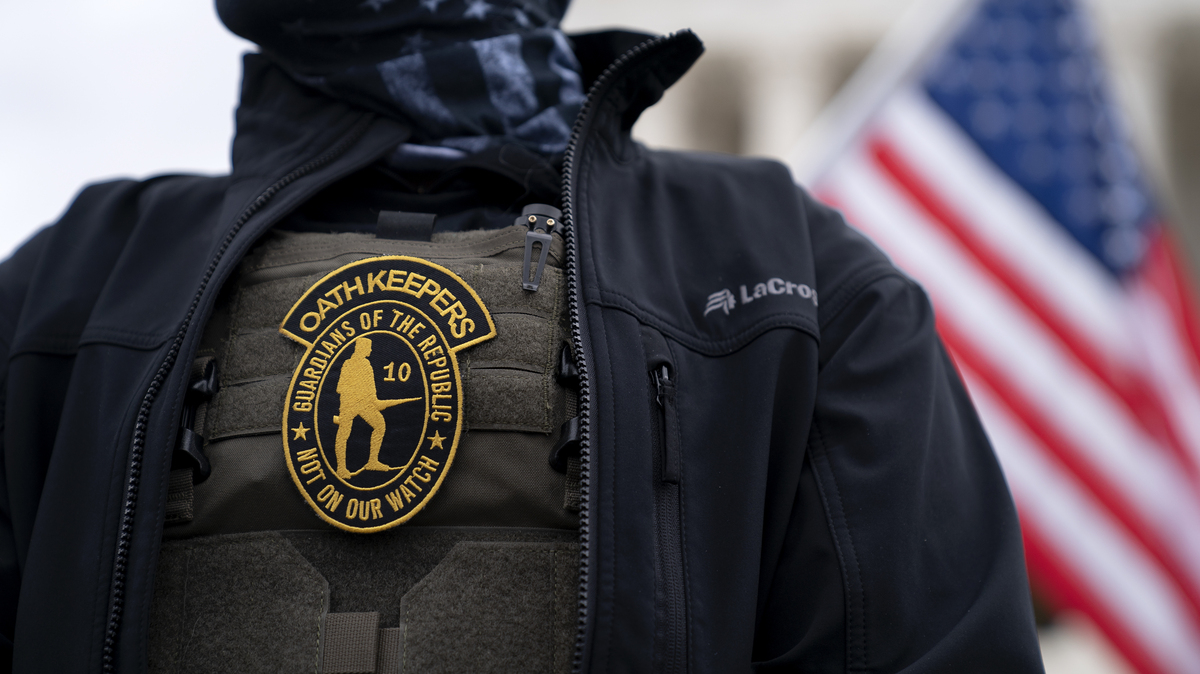 A demonstrator wears an Oath Keepers anti-government organization badge on a tactical vest during a protest outside the Supreme Court in Washington, D.C., on Jan. 5, 2021.

The Justice Department charged six more people Friday it says are members of a right-wing militia group that plotted in advance of Jan. 6 to attack the U.S. Capitol.

The indictment offers the most sweeping evidence so far that members of the far-right extremist group known as the Oath Keepers had spent months allegedly planning to prevent Congress from certifying President Joe Biden’s victory in a bid to keep former President Donald Trump in power.

The federal charges say 52-year-old Kelly Meggs, the self-described leader of the Florida chapter of the Oath Keepers, and his wife Connie, joined four other alleged militia members to breach the Capitol.

According to the indictment, the group ascended a flight of stairs outside the Capitol in military-style formation and then went on to breach the building. Federal prosecutors say Meggs parroted language from a tweet from Trump weeks before the siege. Trump had encouraged his supporters to come to Washington on Jan. 6, saying it would be “wild.”

The latest indictment adds six more people to the alleged conspiracy, including a retired Ohio couple, Sandra and Bennie Parker, and another suspected Florida Oath Keeper, Graydon Young, who allegedly arranged to get members of the group trained in firearms and combat.

Car crash: Tiger Woods had a rod inserted in his leg during an emergency surgery after a high-speed crash