As we enter 2022, the UK TV industry is desperate to put nearly 24 months’ worth of Covid-19 disruption behind it. But with the Omicron variant still raging, it could be a while until this comes to fruition. Industry execs have plenty else on their plates over the coming year, with British broadcasting under threat from the government like never before, the skills crisis showing no signs of abating and the sector desperate to overcome long-standing issues with bullying, harassment and poor working conditions. Below, Deadline analyzes the five key issues to keep an eye on in what could be a monumental year for the future of UK TV.

Channel 4: To Sell Or Not To Sell 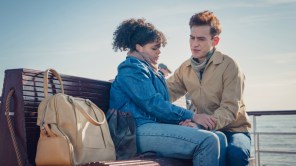 It’s crunch time for the nation’s third-largest broadcaster. The government will soon decide whether to privatize the publicly-owned commercial operation, potentially leading to the biggest overhaul in the network’s history in the year it turns 40. By this time next year, the deed could be done. If sold, a once-in-a-lifetime process to find a buyer for the Gogglebox and It’s A Sin (pictured) broadcaster will get underway and Channel 4’s remit, which requires it to produce certain amounts of programming in less commercial genres, may be in tatters – one of numerous concerns from a fearful UK production sector and worried industry observers. ITV, ViacomCBS, Sky and Discovery have all been talked up as potential buyers and Deadline hears that ITV has started laying the groundwork for a charm offensive of the UK’s Competition and Markets Authority, which could veto any move due to competition concerns. Privatization is not a done deal, however. The plan’s key architects, Culture Secretary Oliver Dowden and Culture Minister John Whittingdale, were removed from their posts in September, replaced by two ministers whose focus seems to lie elsewhere. While many believed Dowden and Whittingdale would have made a decision by now, new culture secretary Nadine Dorries recently signalled it could be some time until we get an answer, stressing to a government committee that she has 60,000 consultation responses to wade through. The government insists privatization will futureproof Channel 4 for the digital age but critics say Boris Johnson’s Conservatives believe the network has a left-wing bias and have been repeatedly angered by the slant of its news coverage. Then-Channel 4 Head of News Dorothy Byrne branded Johnson a “liar and a coward” during her 2019 Edinburgh MacTaggart address, comments the Prime Minister won’t have forgotten in a hurry. Away from privatization, programmes chief Ian Katz is under mounting pressure as his tenure crosses the four-year mark without a great deal of noteworthy hits. In 12 months’ time, the nation’s younger-skewing irreverent broadcaster could look completely different in what is likely to be British broadcasting’s defining story of 2022.

Hard Times For The Beeb 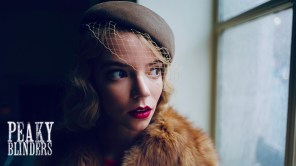 But Channel 4 isn’t the only UK network heading into 2022 with its future resting in the hands of government. The BBC and UK Culture department are currently in the trenches negotiating over how much individuals will be charged for the licence fee over the next five years before charter renewal, and it is the government which gets final say before the pair head into the integral 2022 mid-term charter review. Multiple reports have indicated that the government wants to keep the fee flat for at least the next two years rather than allowing it to rise with inflation, which is the BBC’s preference. If this comes to pass, the nation’s largest broadcaster has already warned that “significant” cuts to its program budgets will have to be made. The corporation is on track to save a whopping £1BN ($1.3BN) in 2021 as part of a mammoth savings program kicked off in 2016 and any bad settlement means this level of saving will likely need to be maintained or even increased over the coming years. A worrying report last week found that the majority of these savings are now coming via content cuts. With super-inflation continuing to impact drama and documentaries, the BBC could find itself completely priced out of these markets if the licence fee remains static, struggling to compete with the streamers. Ironically, the government’s desire for more “distinctively British programming” will also be negatively impacted, as the BBC will be forced into co-producing more and more of its shows with international players in order to finance them. The broadcaster has a top year of drama planned including the latest Peaky Blinders (pictured) and BBC3’s highly-anticipated Conversations With Friends adaptation but, if its purse continues to shrink, viewers could start noticing very soon… 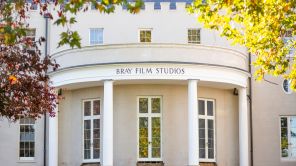 It was all execs could talk about over the summer and looks set to extend well into 2022. As shows have lurched back into production following the 2020 hiatus, finding skilled talent to crew up has become harder and harder. Deadline has heard numerous stories over the past months of crucial roles such as Production Managers being pinched halfway through filming, often lured by higher wages from the deep-pocketed streamers. UK training body ScreenSkills has launched a series of training programs and is attempting to convince people from other Covid-impacted industries to move into TV, but training takes time and the skills crisis is here now as streamers move more and more shows to Britain and studio space springs up everywhere. Amazon’s second Lord of the Rings season, which will shortly be filming in Berkshire’s Bray Studios (pictured), will require a crew of well into the hundreds and may worsen the situation. All of this comes with the Omicron variant raging, wreaking havoc on UK productions and meaning the stringent protocols that producers have to abide by aren’t set to be lifted anytime soon. Several producers have reported morale being at an all-time low following months of abiding by these protocols, which are incredibly time-consuming and tend to suck the fun out of TV production. And then there is the continued push to improve the diverse make-up of the nation’s skills base, which similarly requires time, effort and investment and comes almost 18 months after the Black Lives Matter protests led to a great deal of introspection into the way in which the sector treats those from Black, Asian and Minority Ethnic backgrounds. Taken together, the UK skills base feels like a tinderbox ready to blow. 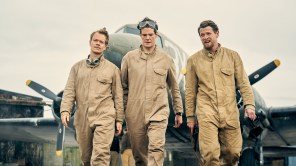 A big year incoming for global producer/distributor Banijay’s push into the UK market. Around 18 months on from the completion of its $2.2BN Endemol Shine Group acquisition, the super-indie says it has now completed its Endemol integration in the UK and is ready to make some hits and sell some shows from a now-enormous 120,000-hour-strong catalogue. Grand plans next year include Hells Kitchen creator Natalka Znak’s indie Znak TV being subsumed by Banijay, creating an “entertainment powerhouse” as Znak also takes control of stablemates Remarkable and Initial, giving them an injection of creative renewal. Meanwhile, UK Executive Chair Peter Salmon will depart in April after six years, replaced by BBC Factual boss Patrick Holland in a crucial role that ties the multiple labels together. Watch out for the likes of Shine’s regency format Pride and Prejudice: An Experiment in Romance for Peacock and Kudos’ BBC1 drama SAS: Rogue Heroes (pictured). Elsewhere in UK M&A, Sony Pictures Television’s acquisition of His Dark Materials producer Bad Wolf will begin to take shape and Deadline hears there could be one or two more big deals on the horizon, as production houses seek greater scale in the big-budget TV world.

While the skills crisis rages, a great deal of effort is being pumped into improving working conditions and overcoming long-standing bullying and harassment issues, and this is set to remain firmly spotlighted in 2022. Broadcasting union Bectu recently produced a six-point blueprint on the subject, calling for all shows to have a Safeguarding Officer and the creation of a pan-industry complaints policy and external reporting body, amongst other recommendations, which chime with the BBC’s new guidelines that Deadline revealed the broadcaster sent to producers over the summer. How many of these recommendations will be in place by this time next year remains to be seen but Bectu will no doubt keep the pressure up. The focus has emerged after a set of high-profile incidents including 20 women accusing Kidulthood creator Noel Clarke (pictured) of sexual harassment, the accusations levelled at Just Tattoo Of Us creator Ross McCarthy and those revealed by Deadline’s exclusive investigation into London indie Spark Content CEO Marc Hayward (all three deny the main allegations put to them). The industry is aware that it has legacy issues to overcome but implementing change at a time when broadcaster budgets are squeezed and producers are simply trying to make ends meet is anything but easy. The Film & TV Charity is doing great work in this area and 2022 will see the organization’s Let’s Reset campaign move into full swing, aiming to directly address the underlying causes of mental health, encourage discussion and challenge people’s preconceptions nearly two years after the charity produced shocking research that found more than half of TV’s behind-the-camera workforce had considered suicide. The real work to overcome these issues is only just beginning.

Carbon38’s End of Season Sale Has Deals Starting at $19