The Biden administration is reversing the Trump policy of withdrawing from the U.N. Human Rights Council, which is seen here meeting in Geneva, Switzerland. The council’s members include China, Russia, Eritrea and other countries where human rights abuses have repeatedly been found. 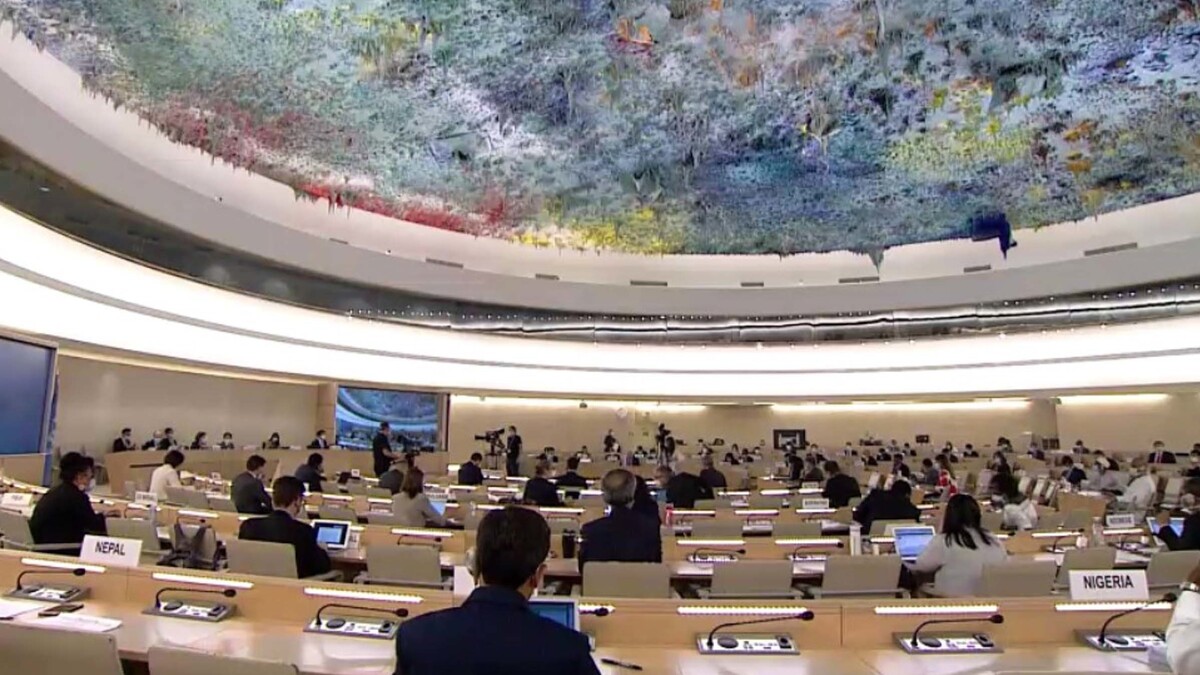 The Biden administration is reversing the Trump policy of withdrawing from the U.N. Human Rights Council, which is seen here meeting in Geneva, Switzerland. The council’s members include China, Russia, Eritrea and other countries where human rights abuses have repeatedly been found.

The U.S. will reengage “immediately and robustly” with the U.N. Human Rights Council, the State Department says, citing an order from President Biden. The move reverses the position of the Trump administration, which withdrew from the council in 2018.

The change is part of Biden’s plan to reshape U.S. foreign policy to center “on democracy, human rights, and equality,” Secretary of State Antony Blinken said in a statement early Monday.

The Trump administration had criticized the U.N. council on two fronts. It said the group had lost credibility by including nations with deplorable human-rights records, such as China and Venezuela. And former Secretary of State Mike Pompeo accused the council of having a “disproportionate focus on Israel” – language that his successor echoed Monday.

“We recognize that the Human Rights Council is a flawed body, in need of reform to its agenda, membership, and focus, including its disproportionate focus on Israel,” Blinken said. “However, our withdrawal in June 2018 did nothing to encourage meaningful change, but instead created a vacuum of U.S. leadership, which countries with authoritarian agendas have used to their advantage.”

Even with its flaws, Blinken said, the council provides a way to promote basic human rights that are under attack. He cited “freedoms of expression, association and assembly, and religion or belief as well as the fundamental rights of women, girls, LGBTQI+ persons, and other marginalized communities.”

The U.S. won’t be rejoining the 47-member body right away. For now, it will act as an observer, seeking to weigh in on questions before the council, the secretary said. The U.S. will also work on introducing new resolutions by working with its diplomatic allies, he added.

When the Trump administration left the council, then-Ambassador to the U.N. Nikki Haley said that the U.S. commitment to human rights “does not allow us to remain a part of a hypocritical and self-serving organization that makes a mockery of human rights.”

Haley recently repeated that view, calling the council “a cesspool of political bias” that undercuts its stated goal of bolstering personal freedoms and human rights. She warned that if the Biden administration rejoins the council, “it will fly in the face of our fight for human rights.”

Previous U.S. administrations have taken differing approaches to the U.N. Human Rights Council, which was established in 2006. President George W. Bush did not seek membership out of concerns that the council could become a legitimizing platform for countries that have long been accused of human rights abuses. President Obama reversed that policy, with the goal of promoting change from within; the Biden administration is taking a similar tack, after the Trump withdrawal.

The council’s current members include longtime U.S. allies such as the U.K., France and Germany. But the roster also includes countries such as China, Russia, Cuba, Somalia, Eritrea, Uzbekistan, Sudan – states that are deemed “not free,” in the most recent rankings from Freedom House, an independent watchdog organization. When the U.S. withdrew in 2018, Saudi Arabia was also a member, despite having one of the worst rights records in the world.

Human Rights Council seats are allocated by region, with Africa and the Asia-Pacific each getting 13 seats – together accounting for more than half of the membership. To get on the council, a country must be elected by the U.N. General Assembly. Member states’ terms are for three years; they’re limited to two consecutive terms.

Texas outages: About half of Texans still have issues with their water supply

Another battle Texans wage as they deal with the winter weather: Water