As Biden Decides What to Do With Trump’s Border Wall, Landowners Are in Limbo

MISSION, Texas—The Trump administration’s border wall now nearly stretches to the riverside retreat where the Cavazos family fishes, barbecues and earns a living on the Rio Grande. To the west, a recently completed stretch of wall stops at their property line. To the east, the bustle of contractors moving dirt continued this past week around a partially built stretch of wall.

Stopping construction for good, however, is complicated. Sections of the wall are already partially built and federal money is already spent or appropriated for the wall. Construction of a border fence that started under President

for example, continued under President

who didn’t actively support it.

The Cavazoses are among hundreds of landowners in limbo as the Biden administration evaluates what to do next.

“We’re happy with the pause, but we just don’t know what’s going to happen,” said Reynaldo Anzaldua, a Cavazos cousin, who’s been helping fight against the property loss.

Mr. Trump’s administration built some 450 miles of its desired 741 miles of 30-foot steel fence along the U.S. Mexico border. Nearly all of the new wall replaced fencing that already existed, mostly on remote federal land, with little traffic.

South Texas—where the highest number of migrants cross the border illegally—posed a challenge to building new wall. Most land along the border here is privately owned and many locals resisted its seizure.

During Mr. Trump’s four years in office, the government filed more than 200 eminent-domain lawsuits against property owners from Laredo to Brownsville, including at least 60 filed in the weeks between when Mr. Biden was elected and inaugurated.

Recently, government lawyers have withdrawn their requests for immediate possession in some of the cases. However, the cases remain pending, with several hearings set for March.

The Justice Department declined to comment on the pending cases.

Waiting for clarity are landowners like the Cavazoses, whose family has lived in the Rio Grande Valley since the 1700s, and owned their 60 acres on the river since the 1950s, said Fred Cavazos. 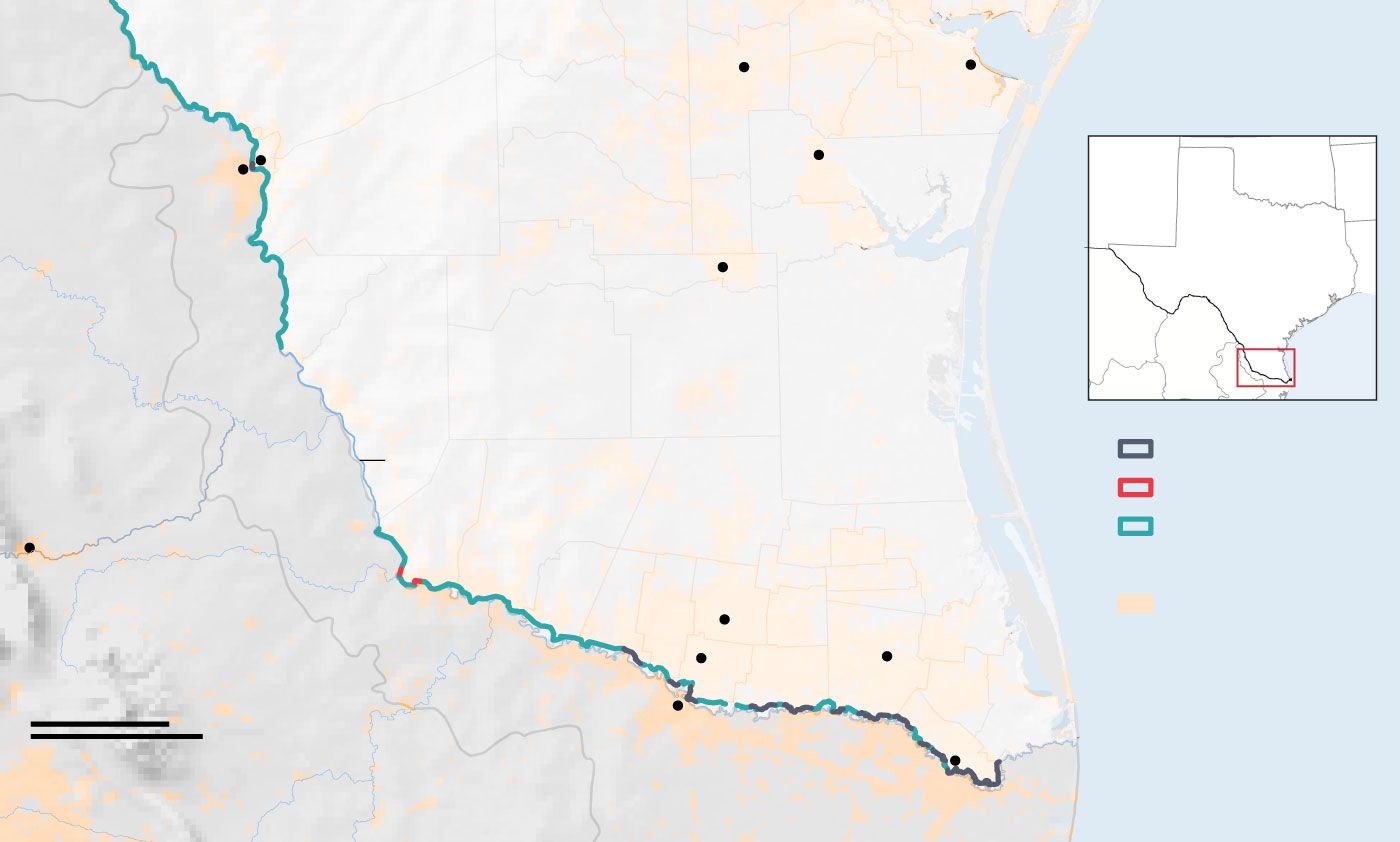 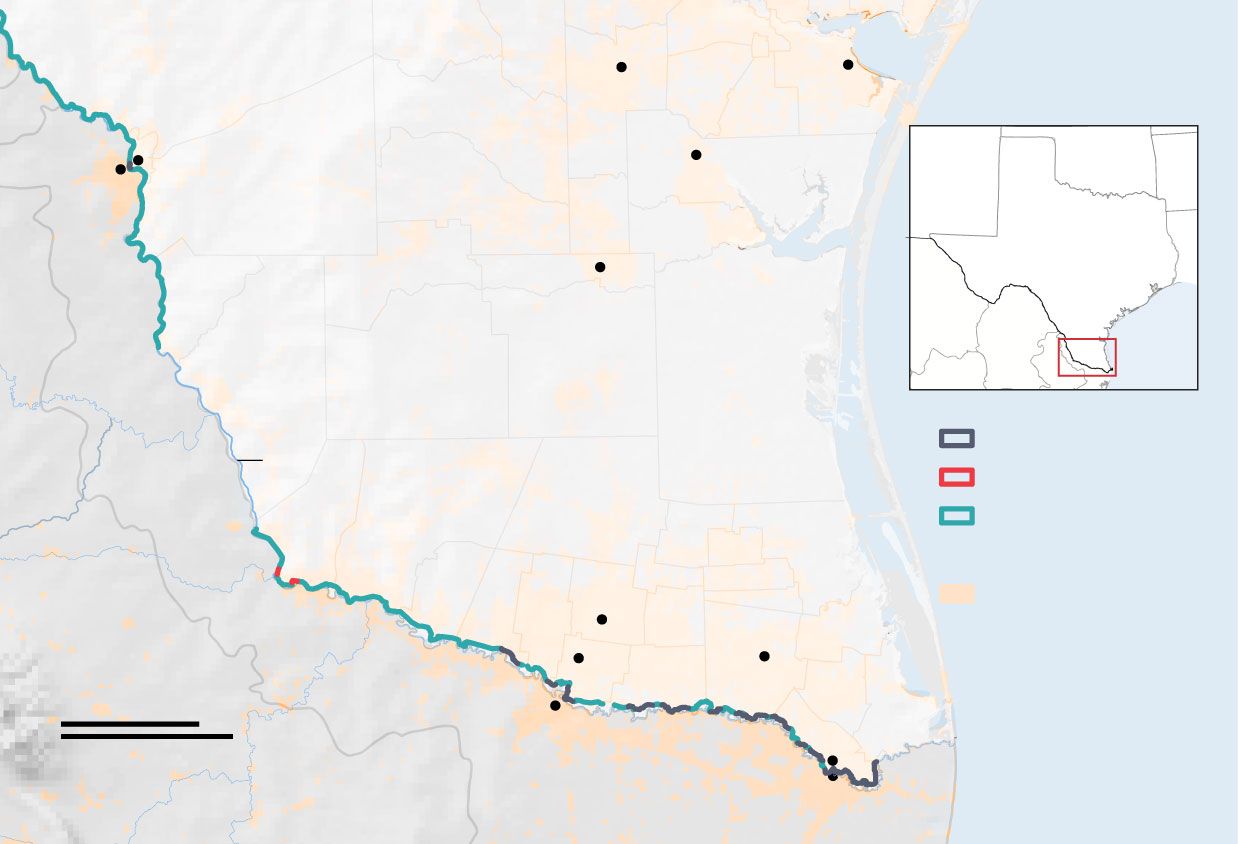 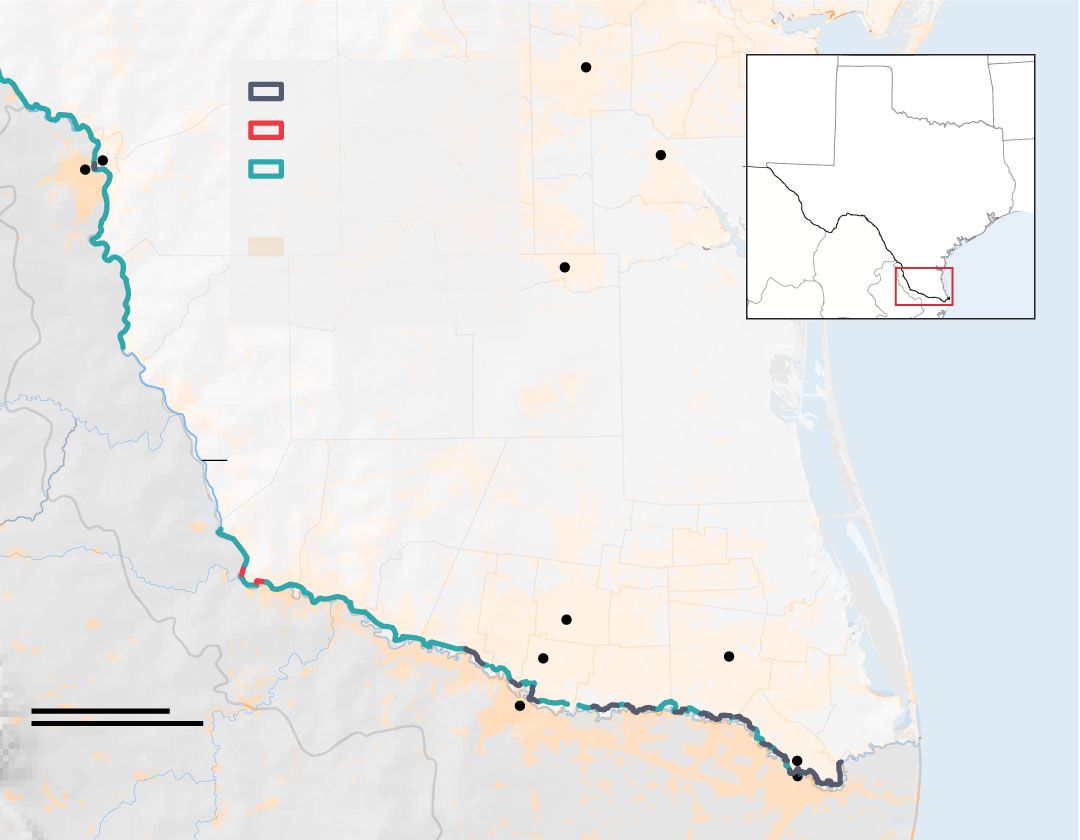 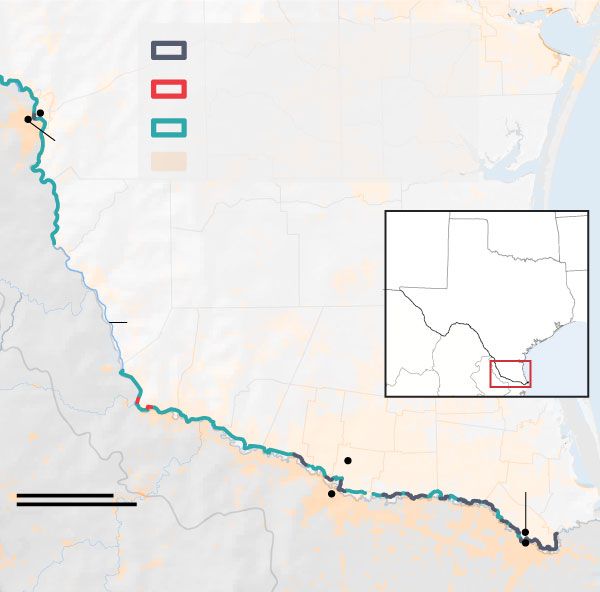 Planned or under contract

He and his sister Eloisa Cavazos, both disabled, live on the income from 30 waterfront rental cabins with floating docks. A local priest runs a children’s summer camp on the property. A handful of longhorns remain from the family’s ranching past. The wall they are fighting would take 7 acres and block off the rest of the land, putting it south of the barrier.

“A lot of people in the rest of the United States don’t understand what’s happening down here,” Mr. Cavazos said.

Some landowners, like Mr. Cavazos, have moved all the way to a final hearing, while others are still early in the lawsuit process. Some have already had their land taken away and received compensation, and are awaiting construction to begin.

took a pragmatic approach when the government came for a 3-acre strip of the 80 acres where he plans to build 400 homes in Hidalgo, Texas. Mr. Daniec doesn’t oppose the border wall on principle, he said, but he feared it would decrease the value of his development. People don’t want their backyards lined with 30-foot steel bollards, he said.

Mr. Daniec fought the government’s possession efforts for several months, then settled for $69,000, recognizing that he would lose the case eventually, he said. He received the payment the day Mr. Biden was inaugurated, calling the arrangement a double-win for himself.

What do you think the Biden administration should do about the border wall? Join the conversation below.

“I went to cash that thing as fast as possible, in case Biden wanted it back,” he said. “The eyesore wall didn’t get built. I can go build my cedar fence instead.”

In some areas, the wall has already been built on property where lawsuits are pending and the government doesn’t actually own the land yet, said

an attorney for the Texas Civil Rights Project who represents some of the landowners fighting those cases.

Though he would like to see the wall torn down in those areas, and the land returned to its owners, he suspects it is more likely the Biden administration will press those cases while continuing to negotiate sale prices. Some cases that started under the Bush administration in 2008 have closed only this year.

Congressional aides estimate approximately $2.7 billion of money allocated for the wall has yet to be spent. Under law, that money must be used to build parts of a border barrier system, though that could mean roads, lighting or virtual sensors added in areas where border barriers already exist. It is also possible the money could be used to mitigate some of the environmental damage wall construction has caused, including disrupting the habitats of endangered animals.

Mr. Garza, who recalled his frustration when the Obama administration continued building the fence begun under Mr. Bush, said the Biden administration’s early moves make him hopeful that this time will be different.

“I’m hoping they’re using this time to get their ducks in a row to cancel these contracts,” said Mr. Garza. “I’m concerned we’ll get into a situation where the zombie walks forward, but is never actually killed.”

Write to Elizabeth Findell at Elizabeth.Findell@wsj.com and Michelle Hackman at Michelle.Hackman@wsj.com

A Former Police Chief In Md. Was A ‘Serial Arsonist,’ Authorities Say : NPR