An Abundance of History Along with Southern Charm and Hospitality 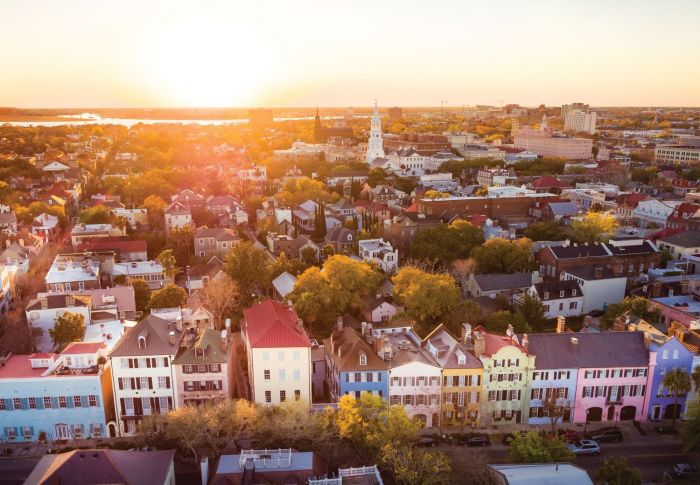 With a rich 300 year history, Charleston today is a historical treasure. The largest city in South Carolina has risen from being a major slave trading port, to a city full of tradition, hospitality and beautifully preserved architectural and historical treasures. From its preserved antebellum mansions, cobblestone streets and Historic Charleston City Market, the city presents a rich coastal culture with a bustling dining scene and true Lowcountry warmth.

Whether walking through one of the city’s narrow streets or waiting in line at Callie’s Hot Little Biscuits,  you are always met with an inviting smile and a “how y’all doing today”. From the Tomahawk Ribeye at Hall’s Chophouse to the lighter cauliflower wings at Basic Kitchen, you won’t go hungry with all the variety of food choices, and the hospitality that accompanies it.  The kindness and warmth is not a facade, there is an immediate warmth and welcoming from all, like you are a welcomed visitor to each local’s home. 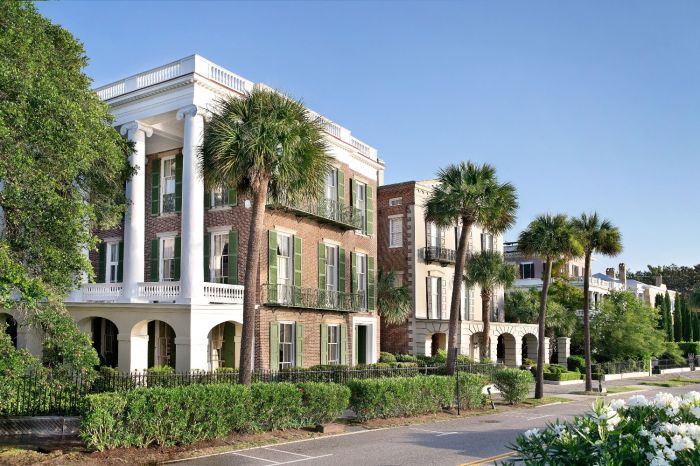 The city’s contrast can be seen throughout, but its historical presence along with its luxury (past and) present, can be seen in full force at The Battery. What was once a landmark defensive seawall and promenade along the shores of the Ashley and Cooper Rivers is now home to magnificent multi-million dollar antebellum mansions. With some structures dating as far back as 1825 or earlier, these beautiful stately homes provide a look into the city’s past through its design. From the Battery north to Charleston’s historic City Market, down to the Aquarium and near the location for the International African American Museum (opening Fall 2022), the city provides a walkable history with one of its newest jewels being the Hotel Bennett. 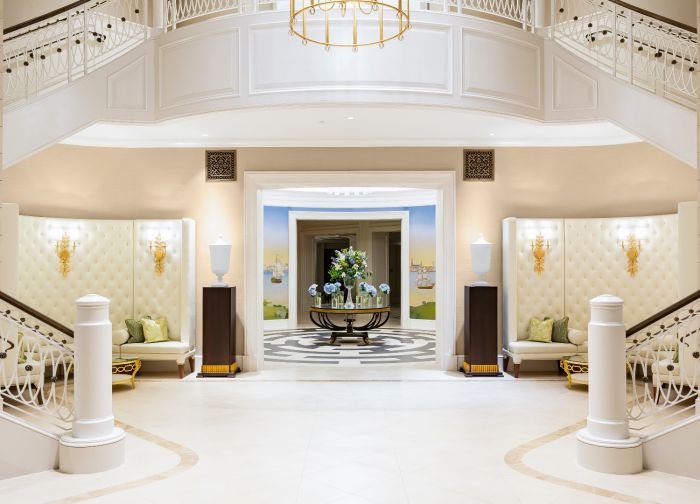 Opened in February 2019, Hotel Bennett is one of the newest luxury hotels in the city, located adjacent to Marion Square. The 179-room property is housed on the original west wing of The Citadel, South Carolina’s Military Academy and carefully combines European architectural inspiration married with classic Southern furnishings. From their two-story signature restaurant, Gabrielle, with a sweeping outdoor dining terrace to Fiat Lux, a rooftop bar and pool, the property offers a total of four dining venues and an additional in room dining option as well.

Home to the most indulgent hotel suite in the city, the Owner’s Suite is a massive two-story 2,380 sq ft suite overlooking Marion Square. From the custom interior furnishings to the nearly 850 sq ft outdoor terrace, the suite is available exclusively upon request. From their intimate Spa, to the rooftop Observatory and over 12,000 sq ft of indoor and outdoor event spaces, the hotel has been named in multiple ‘Best Of’ lists since its opening. 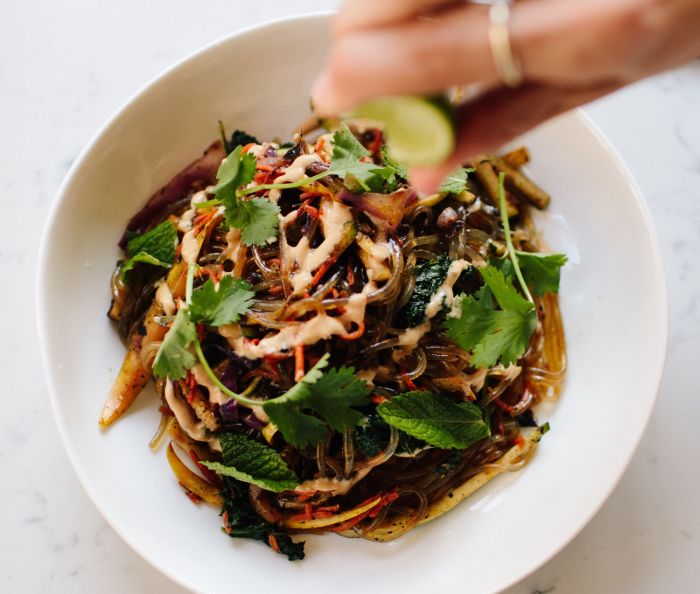 With so much rich history to uncover and an endless supply of local haunts to discover, the city has seen a recent renaissance of dining establishments that have been attracting much attention. One such place is Basic Kitchen, which uses seasonal, local produce to craft nourishing and delicious bites like their fan favorite Corn Ribs and Naughty Burger and the Conscious Cowboy for brunch. In their casual, relaxed environment, the restaurant in downtown Charleston is housed in a historic building with floor to ceiling windows and a covered courtyard filled with plants and herbs used by the kitchen. 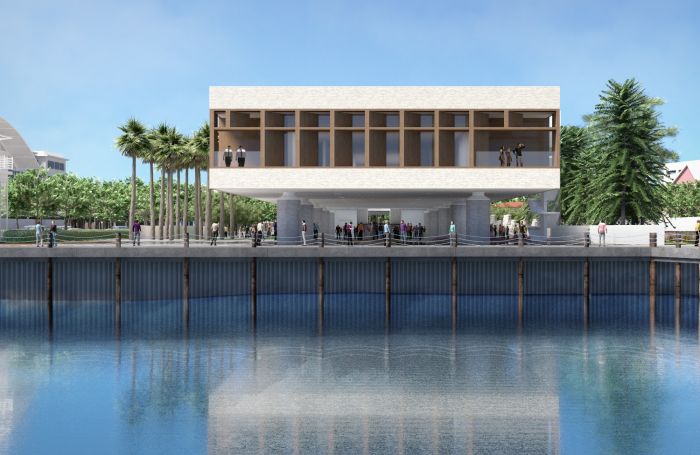 To understand the city’s roots, taking a tour to one of the many plantations on the city’s outskirts gives a reference point to how far the culture has come since its storied past. The city rose to prominence and became the wealthiest city in the colonies due to the transatlantic slave trade, the growth and cultivation of rice (known as Carolina Gold), and specific to McLeod, sea island cotton grown on the land. Located on James Island just three miles from downtown Charleston, the McLeod Plantation was built on the riches of sea island cotton and to this day provides a living history of the enslaved people whose work and culture are embedded in the Lowcountry’s very foundation. It is here, among other plantations, where the Gullah language and culture became infused into Lowcountry speech and culture.

Just like the city itself, one that grapples with and learns from the past, the International African American Museum continues the conversation of the city’s history and growth. Slated to debut in 2022, the museum will be the first of its’ kind paying homage to the incredible botanists, engineers, and people that the enslaved were before being taken from their homeland; this Museum history begins with the stories of Africa, will help guests truly understand the horrors of the middle passage, and will tell the stories of the strength of those that arrived on the very location where several enslaved ancestors first stepped onto America’s soil. It is understood that somewhere between 40-50% of all enslaved Africans entered into Charleston’s port.  They will also have a state-of-the-art genealogy center to help those interested in learning their genealogical history.

The city where history loves company is much more than just a history buff’s paradise: it offers an opportunity to immerse yourself in the past, relish in the wonderful offerings and muses of the present, and plan more trips for the future.  Mainly because there’s so much to do, and see, you’ll have to come back.

Do I choose port or starboard tack?

Inside a Refined Residence on Fifth Avenue – Sotheby´s International Realty

10 beautiful and lesser-known temples of Asia

Why eBay is the best place to shop for luxury watches