While we await the full protocol for the 37th America’s Cup, which should contain details of the venue and date of the regatta due on 17th November 2021, the Defender, Emirates Team New Zealand and Challenger of Record, INOES Team UK have offered a sneak peak into their plans for a new boat to feature in support series’ for the oldest trophy in sport.

The announced AC40 will be similar to the America’s Cup yacht, the AC75 but will be a scaled down version and used for both Women’s and Youth America’s Cup regattas as part of the overall event schedule at the Host Venue.

The AC40s are also due to be used by teams in preliminary regattas, in much the same way smaller boats were used in the America’s Cup World Series racing ahead of both the 2013 and 2017 Cup regattas. 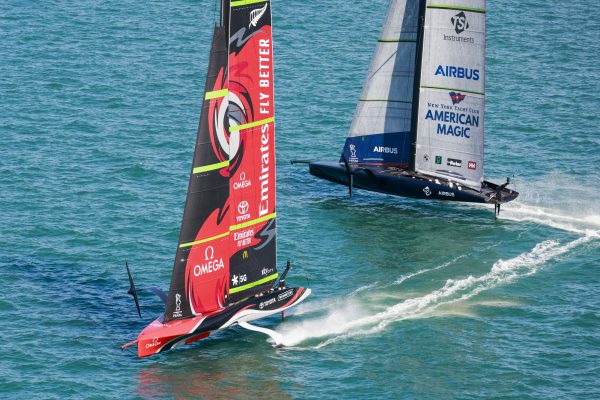 The AC75 impressed in the 36th America’s Cup in Auckland, New Zealand

“All of the competing teams must purchase at least one AC40 which will be used in the Preliminary Regattas, and then made available for the respective and independent Women’s and Youth regattas to be held at the venue of the AC37 Match,” said Emirates Team New Zealand CEO Grant Dalton.

“The yacht clubs of competing AC teams must enter both the Women’s and Youth events, however entries will also be open to other countries and yacht clubs.

“We would certainly anticipate an entry from the Host country if in fact they do not have an America’s Cup team,” Dalton concluded.

This represents one of the first official announcements that have been made about the 37th America’s Cup. That we are seeing some details now implies there has been an agreement on the location and date of the regatta.

Pathway to the America’s Cup?

Before Emirates Team New Zealand won the America’s Cup from Oracle Team USA in Bermuda in 2017, a Youth America’s Cup was already being held alongside the main event.

Theoretically, this offered a pathway into America’s Cup racing for young sailors. Indeed, the 2013 Youth America’s Cup was won by New Zealand with both Peter Burling and Blair Tuke part of the winning crew. The pair went on to form a core part of the team when they won in 2017 and again they were key in the nation’s defence in 2021.

However, such was the rising star of the Kiwi pair, it is hard to make a case that the Youth AC offered a significant boost to their selection as key members of the New Zealand 2017 America’s Cup team. 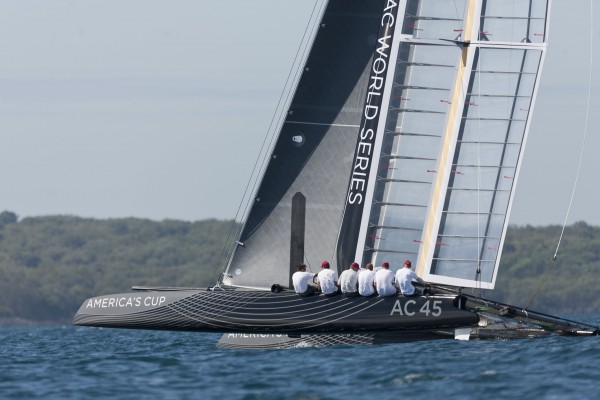 The Youth America’s Cup was set to feature in the 2021 America’s Cup in Auckland, New Zealand. However, due to the Covid 19 pandemic the plans had to be shelved. Its reintroduction is a positive, and for fans, more racing can only be a good thing.

The announcement of the AC40 is also an exciting one. Certainly a scaled down version of the spectacular AC75s – presumably incorporating the vast data sets taken from campaigning AC75s in the run up to the 36th America’s Cup –  is a tantalising prospect.

Whether a series in a ‘scaled down’ version of the America’s Cup class, and given the same billing as a youth event, is the right way to go about this remains to be seen. And, as with the Youth America’s Cup, whether a true pathway to AC racing can be created is also something of a question mark.

One thing is for certain, with our first proper announcement about 37th America’s Cup racing, we can now start to get excited about AC racing again – wherever and whenever that might be.

Preview: Dufour 470 – three boats in one

Top 10 countries in the world to go skinny dipping

The best camps in the Selous

Why Investing in Luxury Brands is a Good Idea