Editor’s note: Seasoned foreign affairs correspondent and Only Cry for the Living: Memos from Inside the ISIS Battlefield author Hollie McKay recently returned to Afghanistan to cover the planned U.S. troop withdrawal. In the past week, McKay has watched as a nation long cited as where empires come to die struggle itself to stay in the 21st century as its past and now present rulers seek to sugarcoat their stated aims to take Afghanistan back to harsh Islamic edicts suited more to the 15th century.

In a special report for Deadline less than a week after the Taliban took full control again and just before she left the country,  McKay examines the perilous state of media, a free press, and technology in Afghanistan today.

Afghan Filmmaker Sahraa Karimi Says She Has Been Evacuated From Kabul

“The Taliban knows we are still here in our office, they are out in the streets, and they know that we are here and we are reporting,” he told me defiantly from his office in Kabul, a slight hint of nerves crackling his gentle voice. “But we are feeling the pressure. We are waiting for them to come. In the blink of an eye, everything we knew and loved about our jobs was gone.”

Immediately after the fall of Kabul to the Taliban regime less than a week ago, Merdad’s publication — which just four years ago made waves in the Muslim world for featuring a cover model sans the hijab — is on the brink of being no more.

As the clock ticks to the final American pullout at the end of this month, Merdad has been busily instructing his staff to self-censor.

“We have stopped all editorial and op-eds, now just very straight news, and we are very careful not to publish the criticisms and opinions,” he admitted. “And the ladies in our office must work from home. It is not safe for them to come here.” 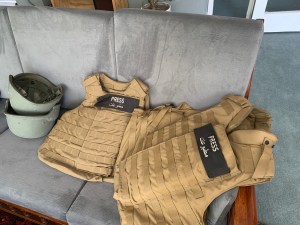 It’s the devastating scenario for Afghanistan’s free and independent press, which served as one of the slim silver linings in the United States’ two-decade occupation. After pushing the Taliban from power in the immediate aftermath of the September 11 attacks, Washington spent millions in building and bolstering the beleaguered country’s press corps, internet access and protection – which seems to have gone up in smoke in a matter of minutes.

In what almost feels like a bygone era, Afghanistan’s media landscape was awash with programming of every kind, from Turkish soap operas and music videos to adventure sports and beauty-driven talk shows. But in the act of fear and self-preservation, all stations immediately pulled such entertainment and music shows off the air.

And in the latest act of governance, female anchors have been blocked from appearing on-air at the behest of Taliban requests, one media executive in Kabul said Friday. Taliban representatives have said this is a “temporary measure” until they can establish a culture and communications ministry to arrange standardized rules and regulations for the ladies.

As of now, mobile phone carriers are still in full operation with no notable changes.

“Everyone in the media community is trying to leave this country. No one is sure about anything, and we don’t see any hope in surviving in this country. We can’t even go to the banks,” Merdad lamented. “And we rely on donations to keep going; we get very little revenue from advertising.”

Only there is no panic in his halting English; it is as if he is already grieving a life that is long gone.

Most of Afghanistan’s journalists and photographers, who have dedicated their lives to broadcasting news to the world, have next to no memory of life before the American invasion. Instead, they have grown accustomed to the Western-leaning values of free speech and autonomy to condemn, criticize and dig deep into controversial subjects.

In its public relations blitz over the past few days, Afghanistan’s new Taliban leadership has vowed to respect and adhere to human rights, including that of media freedom. But can the Taliban of 2021 be trusted to pledge respect for such hard-earned gains?

According to Saad Mohseni, chief executive of Moby Media Group, which owns one of Afghanistan’s most popular stations, TOLO TV, it is still too early to tell what approach the Taliban will take.

“We have to wait and see; they have this opportunity to accept free press. It would be good for them to have an open and free media so that they can hold individuals and institutions accountable,” Mohseni told me. “It serves the nation and helps everyone.”

TOLO TV, which offers news in various languages, was one of the most impressive operations to emerge from the bloodletting. The network was started in 2003 with a hefty grant from USAID, dispatching top-class reporters across the country and hosting riveting and informative programming 24/7. 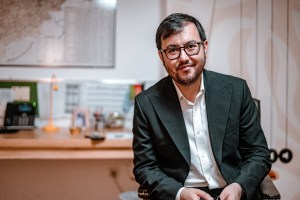 “After the country was liberated from the Taliban in the aftermath of 9/11, the city was very vibrant – there was a lot of energy, a lot of hope,” Lotfullah Najafizada, TOLO’s 33-year-old news director, told me from his bustling Kabul office just three days before his beloved city fell. “The media here has changed people’s lives; it has given hope to a younger generation. An entire generation has now grown up with a free flow of information.

Less than twenty-four hours after the Taliban’s push to power this past Sunday, TOLO’s heavily-fortified compound in the heart of Kabul was swarmed by scores of Taliban members wanting to collect state-issued weapons from security guards. The new leadership even offered to “protect” the dozens of tenacious staff members and reporters.

Moreover, TOLO this week sought to prove a point by having a woman anchor interview a Taliban official. To date, the new tenure has not sought to interfere with the organization’s daily newscasts.

Yet others cautioned that the Taliban is already purporting using media outlets to intimidate and push out propaganda. Case in point: on Monday, Taliban spokesperson Suhail Shaheen called a BBC anchor live on-air to emphasize that they are awaiting “a peaceful transfer of power” and that it is “very important to have free media to criticize anyone, but they should avoid character assassination.”

The non-profit Committee to Protect Journalists already has reported incidences of female journalists being ripped off-air and beaten and raiding of the homes of at least four media workers.

“Will the country be safe for journalists? If it is a repeat of the 1990s, I don’t think journalists will stay,” Mohseni conjectured. “But ultimately, nobody wants to leave their home country.”

The Taliban previously ruled with a blood-soaked and iron fist, domineering news outlets and ensuring stringent control. And despite Afghanistan’s high-ranking levels of media autonomy, it has long been one of the world’s most dangerous places to operate as a journalist.

“Don’t forget, this is the deadliest country for journalists. We have lost many colleagues; we get threats every day. It would be boring to talk about because it is so common,” Najafizada, who thought pursuing a journalism career as a young student would be light and “non-controversial.”

How wrong he was.

I have not met a single Afghan journalist throughout my years of covering the region who has not had to contend with threats to their life. The NYC-based CPJ reports that some 55 journalists have been killed in Afghanistan between 1992 and 2021.

The Afghan Journalists Safety Committee, a local team of young and passionate advocates, has previously stated more than 135 incidents of violence targeting journalists since the troop withdrawal was set in motion at the beginning of this year. I visited the Committee’s small, bustling office poised between spice sellers and trendy cafes in the center of Kabul just four days before the city crumbled.

Today, it remains shuttered. The once dedicated and vibrant team of press activists have deleted communication paths; their fates are now unclear even to close friends.

And what edicts the Taliban will slap on social media usage is another looming wild card. The Taliban themselves use it to broadcast their directives, and the younger subset of fighters I saw scattered across the northern provinces, seemingly spend much of their days and nights scrolling through Instagram, Facebook, and WhatsApp is the norm.

But for those who were once proud to be a part of the U.S. press success story, a grim future awaits. These workers haven’t just lost their livelihoods; they have lost their voices; they have lost their right to be seen and heard. Each hour, my phone and messenger apps are flooded with painstaking pleas, asking for a referral for visa applications or contacts for smuggling routes.

“I am scared and devastated,” one writer friend, Zaki, wrote huddled in his dank basement. “Everything we believed in has gone.”