There’s a profound tradition of storytelling in Ireland. This is a country where tales are traded like valuable currency — where buildings can be constructed on a foundation of folklore, and where landscapes are imbued with legends.

So it’s only natural that many homebuyers dream of making this island their refuge. That dream can be made a reality, as Ireland places no restrictions on international buyers purchasing property. In fact, Sotheby’s International Realty has expanded its operations in Ireland to facilitate the increased interest of those wishing to claim their piece of the verdant country. Here’s a preview of four residences that showcase how liberating, invigorating, and inspiring life in Ireland can be.

A Rural Refuge Befitting a Goddess

Even the origin of the word “Ireland” is enchanting. The Old Irish name Éiru — Éire in modern Gaelic — belongs to a goddess who, with her sisters Banba and Fódla, formed a Celtic trinity to watch over the Irish people. While surveying the geography, it’s easy to see why the ancients believed they had been blessed, and why they were sure they shared their homeland with fairies and deities, heroes and saints, and of course, leprechauns. 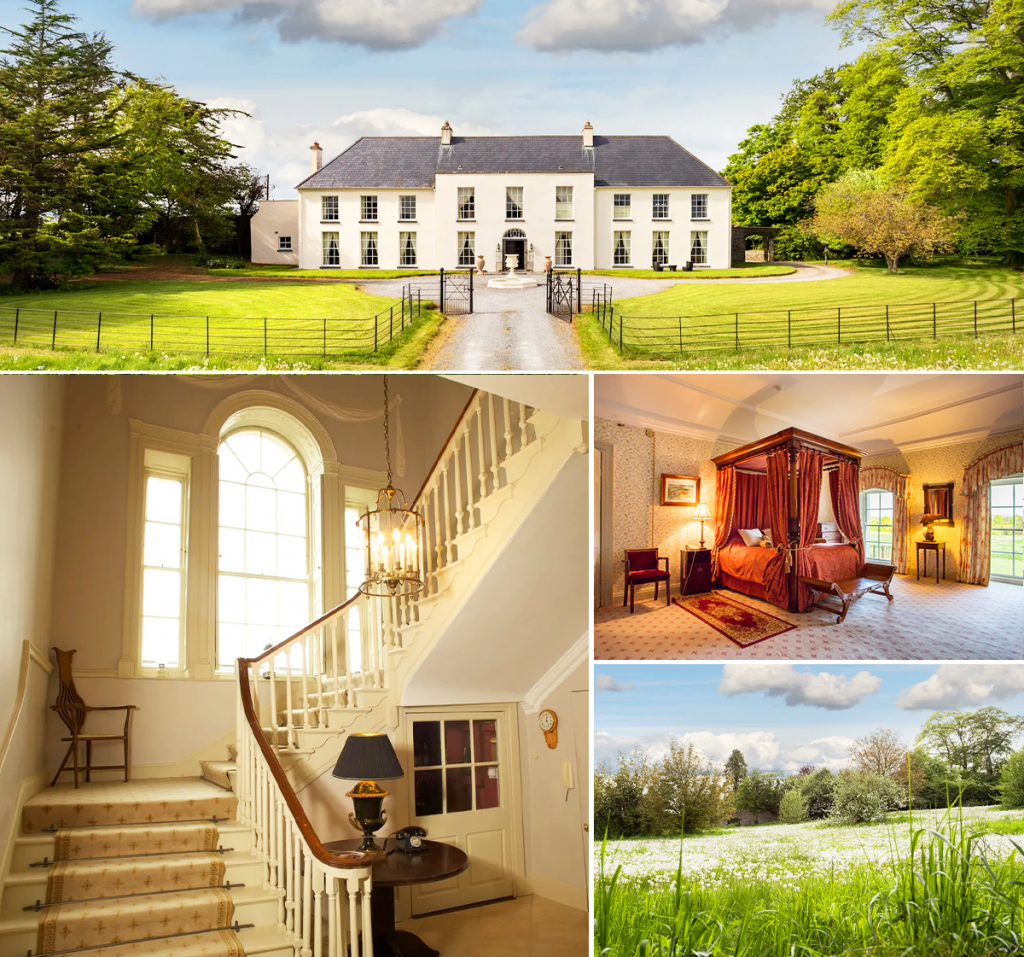 This sense of enchantment occurs organically in the walled gardens of Grange Manor, a historic country home near the River Nore. It started as a 16th-century Elizabethan mansion that was remodeled into an 18th-century Georgian home with gorgeous Neoclassical embellishment, then renovated in the early 2000s with modern amenities and conveniences. This marriage of old and new is echoed just 10 miles away in Kilkenny, a city renowned for its medieval architecture and boutique shopping.

A Capital That Welcomes the World

Despite being a multicultural metropolis, Dublin is one of the world’s least populated capital cities. That might be because the Irish have a long history of setting sail for distant shores. There are about 5 million nationals living on the island, compared to the 80 million people worldwide who claim Irish descent — including approximately 10% of Americans. As prolific emigrants, the Irish welcome immigrants, and have earned a reputation both for open minds and open borders.

A contemporary luxury townhouse like the Gowrie development provides an ideal position to experience the Irish capital. The properties in this private community are designed to the highest specifications, featuring oak floors underfoot and solar arrays overhead. With large windows and glass doors opening onto spacious gardens, this home delivers a combination of Ireland’s idyllic serenity and Dublin’s urban modernity.

A Precious Artifact of Local History

Ireland may not be the most populous island, but it has an abundance of castles. An exact census of them is difficult, since they span a wide spectrum — there are remote ruins perched poetically on cliffs, and celebrated heritage sites with important cultural functions. It’s estimated that there are between 20,000 and 30,000 awe-inspiring fortresses adorning the landscape. 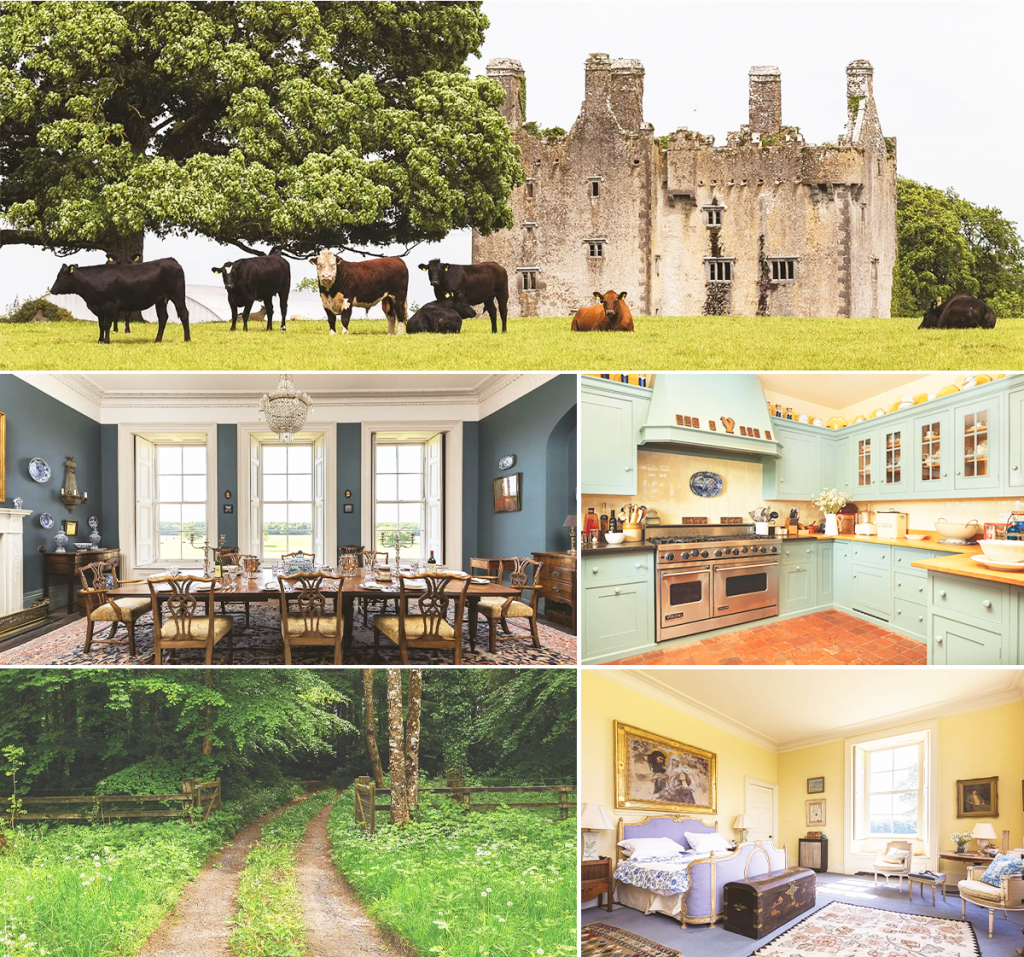 Only a handful of these castles can be privately owned, one of which is Killaleigh Castle. Located in pastoral County Tipperary, the impressive structure was believed to have been built around 1590. Killaleigh isn’t currently suitable for habitation, but it shares its property with Sopwell Hall — a magnificent Georgian estate that features five grand reception rooms, 10 luxurious bedrooms, two gate lodges, and a gardener’s cottage. All of this is enclosed by majestic forests, with trees that predate the castle.

A Bright Green Gem Close to the City

The preservation of the island’s ancient natural history is something the Irish take seriously. That’s why the nation, despite its modest size, is home to six national parks and hundreds of national heritage areas. The color green isn’t just associated with the emblematic shamrock — it’s the very character of Ireland, whose dense vegetation thrives in city and country alike. 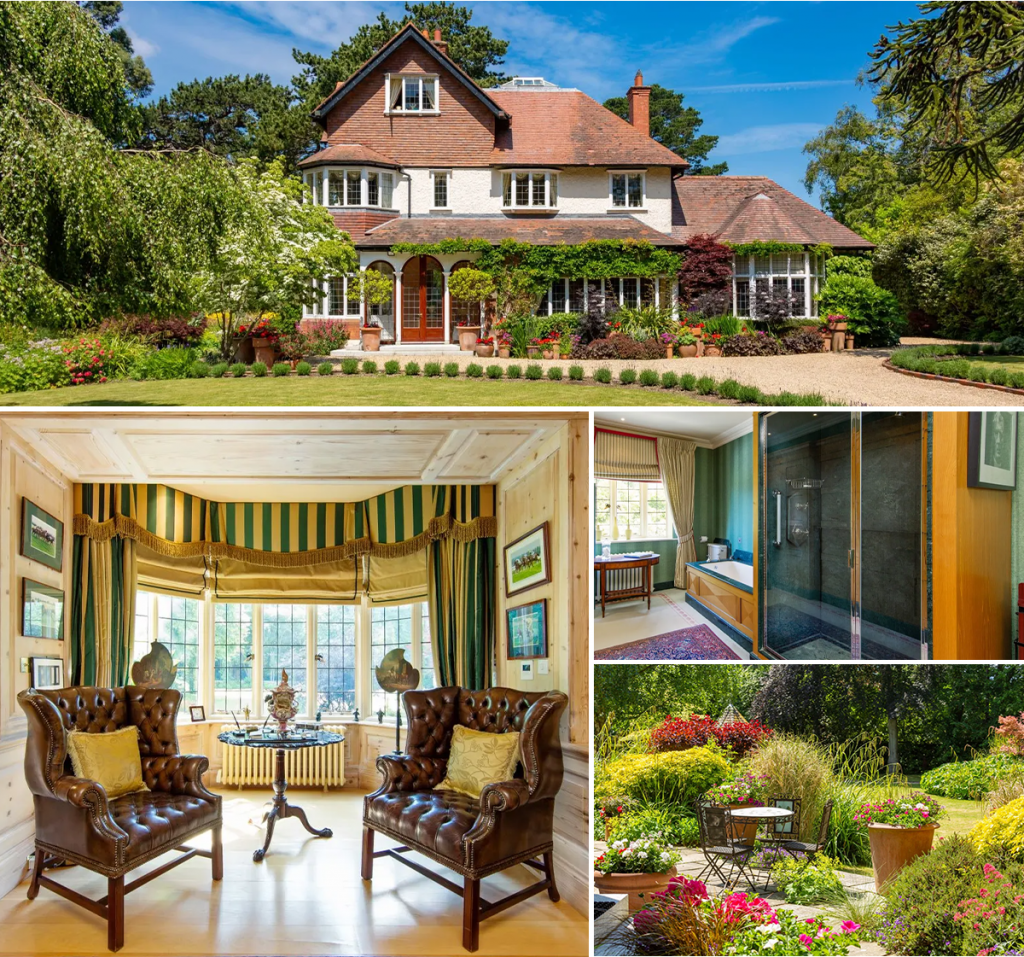 That’s the distinct vibe of Cooldrinagh, the venerable property where Samuel Beckett was born. The home is located within Dublin, though you wouldn’t know it based on the views from its bay windows and wrap-around patio looking over an acre of pristine gardens, including a picturesque pond. While it’s easy to get downtown, most errands can be fulfilled in nearby Foxrock Village, enabling a localized lifestyle that’s equal parts prestige and charm.

To have a luxury home in Ireland is to have proximity to some of the world’s most iconic natural and cultural wonders, with the sense of physical, emotional, and creative vastness this landscape inspires. For anyone looking to escape the confines of a crowded city and concrete environment, the call of the Emerald Isle is irresistible.

Feeling like traveling even further? Try spending a luxurious day at a Belle-Époque estate, located in Cannes, France.

A Stay Fit for An Emperor: Caesars Palace Dubai

Rosewood Chongqing to open in 2030

Captain Coconut Mark Sinclair sets out to finish his 2018 GGR